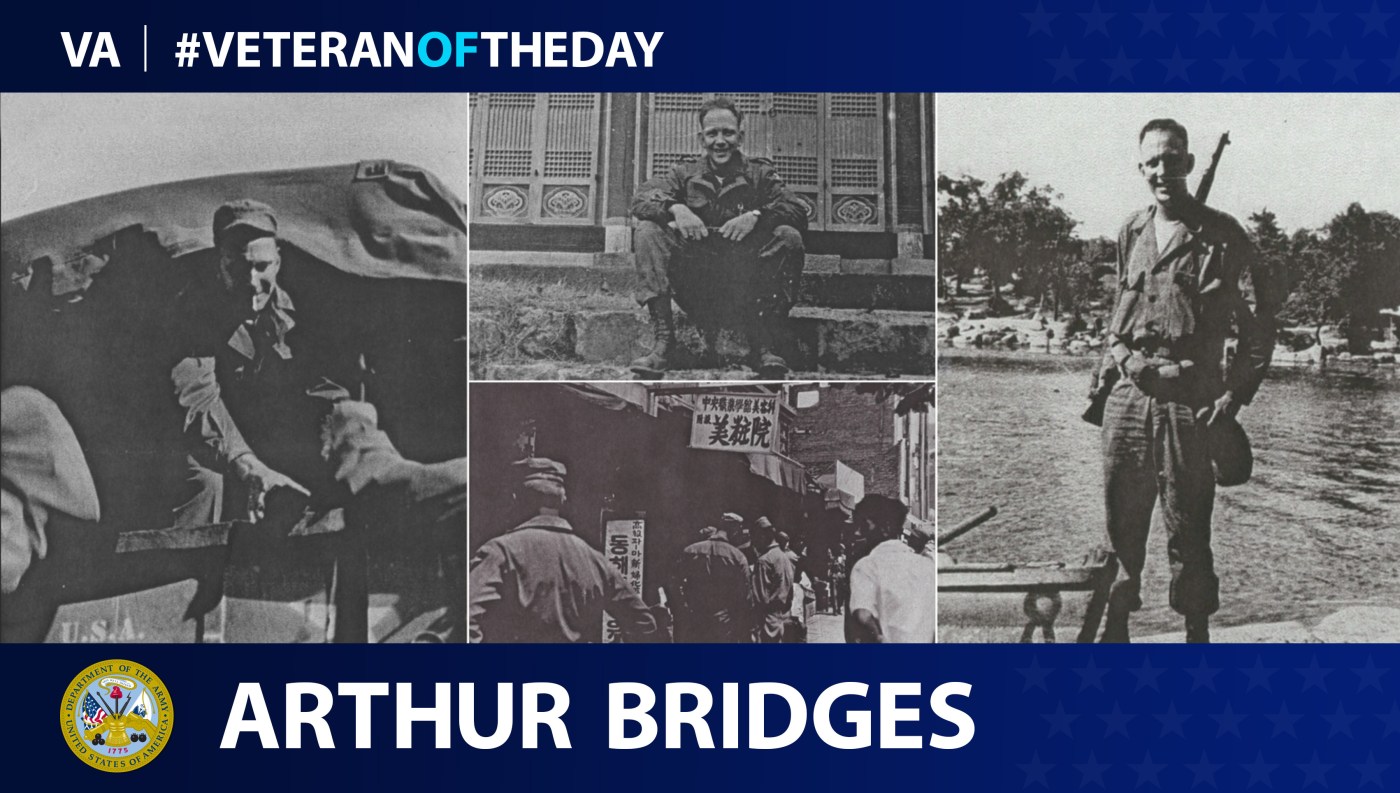 Today’s #VeteranOfTheDay is Army Veteran Arthur Bridges. Bridges served with the Army Signal Corps as a mechanic in the Korean War.

Arthur Bridges was born in 1929 in Evansville, Ind., and was drafted into the Army in 1951. Prior to the Army, he worked on a farm and was also a fireman on a steam locomotive. After he was drafted, he was assigned to the Army Signal Corps as part of the 304th Signal Operation Battalion as a mechanic.

Bridges graduated top of his class at mechanic school at Fort Polk, La.. While on maneuvers at Fort Hood, Texas, Bridges received orders to deploy. He boarded the USS Freeman and shipped to Pusan, Korea. His unit’s job was to supply communications between the Eighth Army Headquarters and division headquarters of units in the field.

When asked about his military service during Vietnam, Bridges said, “It was probably the most honorable and best thing I ever did in my life.”

During his service, Bridges was awarded the Korean Service Medal with one bronze star and the United Nations Service Medal. Arthur was honorably discharged from the Army in 1952. He passed away in 2007.