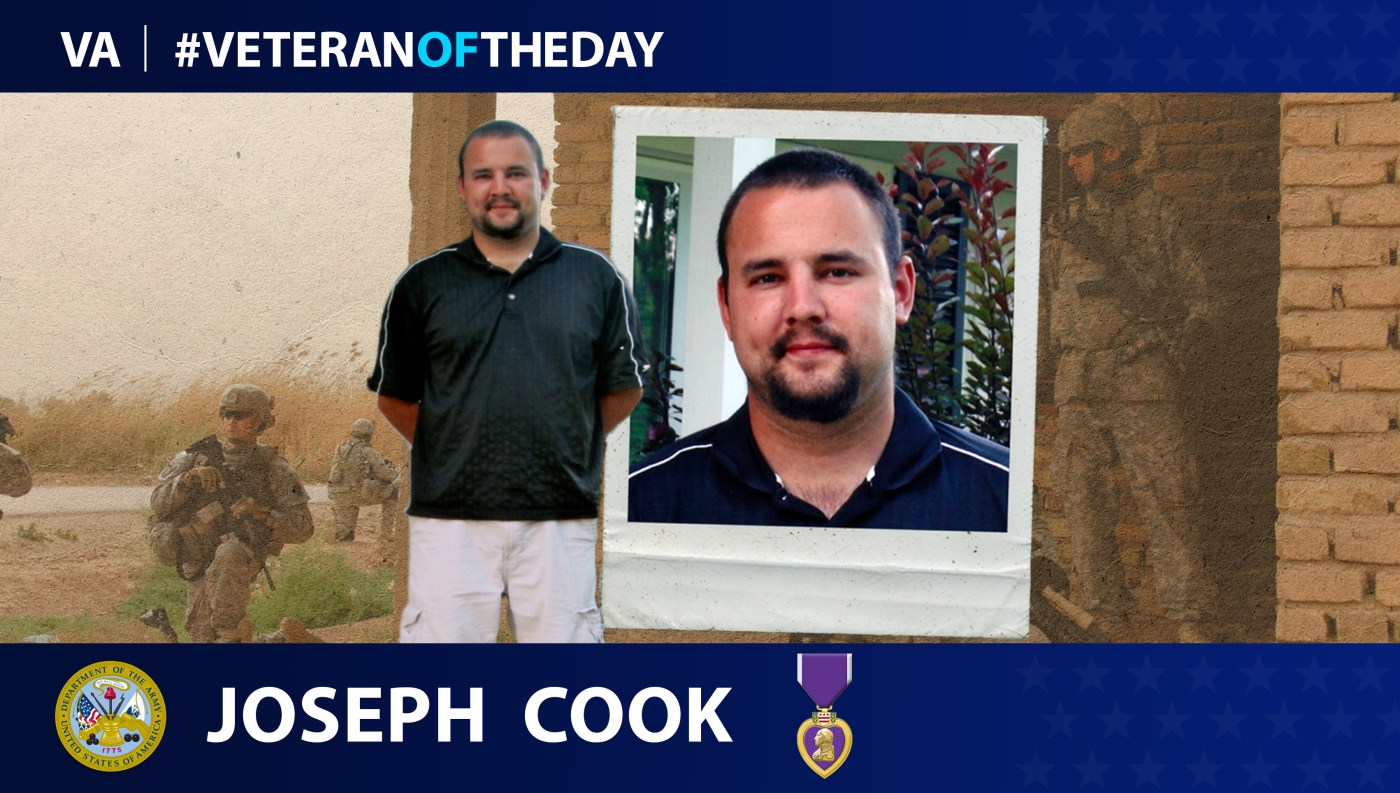 At 19, Joseph Edward Cook enlisted with the United States Army. He completed 14 weeks of basic and advanced infantry training at Fort Benning, Ga.

Cook and Charlie Company began their deployment patrolling and conducting combat missions in high risk areas of Mosul. From Mosul, Cook and his company were sent to Baghdad and assigned as a quick reaction force, remaining on call to provide support throughout the city.

While on a routine patrol in Baghdad, Cook and his Stryker column were struck by an improvised explosive device. The IED detonated directly under the vehicle, launching a large slab of metal through the floor and severely injuring Cook’s leg. He was quickly rushed to the medical Stryker in the rear of his column and received emergency medical attention before being evacuated to a field hospital. After undergoing leg amputation surgery and stabilizing, Cook was sent back to the U.S., where he recovered from his injury.

He received the Purple Heart, Army Commendation Medal and Army Achievement Medal during his service.

After being discharged at the rank of sergeant, Cook went on to start his own business providing valet parking at VA hospitals.