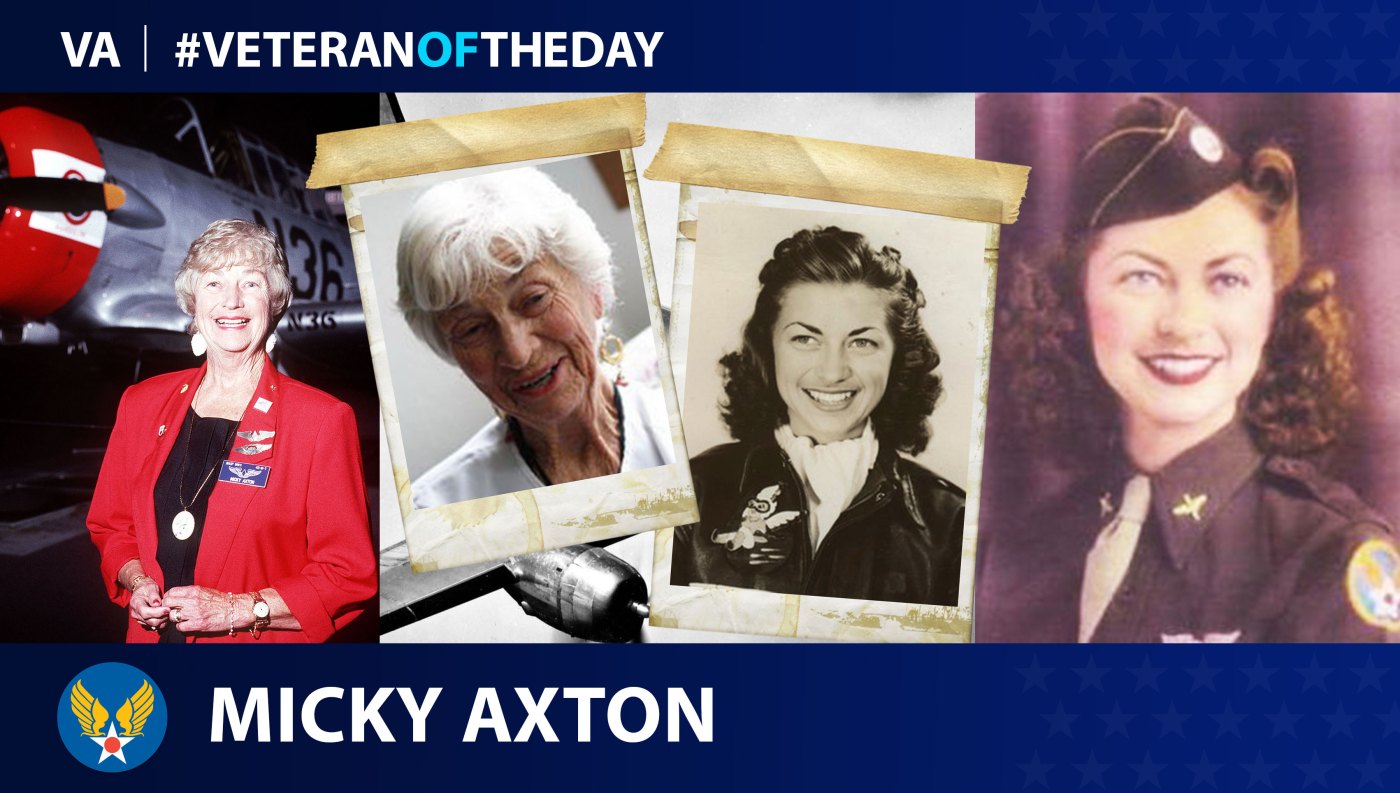 Born in Coffeyville, Kansas in 1919, Veteran Mildred Darlene “Micky” Tuttle Axton first flew as a child in an airplane when local stunt pilots offered to take people for rides. After graduating high school, she enrolled at Coffeyville Community College and in 1940, graduated from Kansas State University with degrees in chemistry and math.

At that time, Kansas State University began offering pilot training classes in anticipation of U.S. involvement in World War II. Axton applied and was accepted to the program. She went on to successfully complete the course and became one of the few women to possess a pilot’s license at that time.

Following U.S. involvement in World War II, many of Axton’s friends and family, including her husband and brother, were called into service. Hearing stories from her friends and family of the horrific losses overseas, Axton felt obligated to help in any way she could. In 1943, she traveled to Topeka, Kan, and joined the newly established Women Airforce Service Pilots (WASP), formed Aug. 5, 1943. After passing the physical exam, Axton was sent to Avenger Field training base in Sweetwater, Texas. There, she received intensive flight training under a variety of conditions.

After completing six months of training, Axton was assigned to Pecos Army Air Field in Reeves County, Texas. There she was stationed as a flight test engineer, checking B-20s, B-25s, B-26s and B-29s before approving them for active service. In 1944, three months after arriving, Axton was forced to end her service with the WASP after her mother fell ill and could not care for her daughter. Axton later became a test pilot, becoming the first woman to pilot a B-29 bomber.