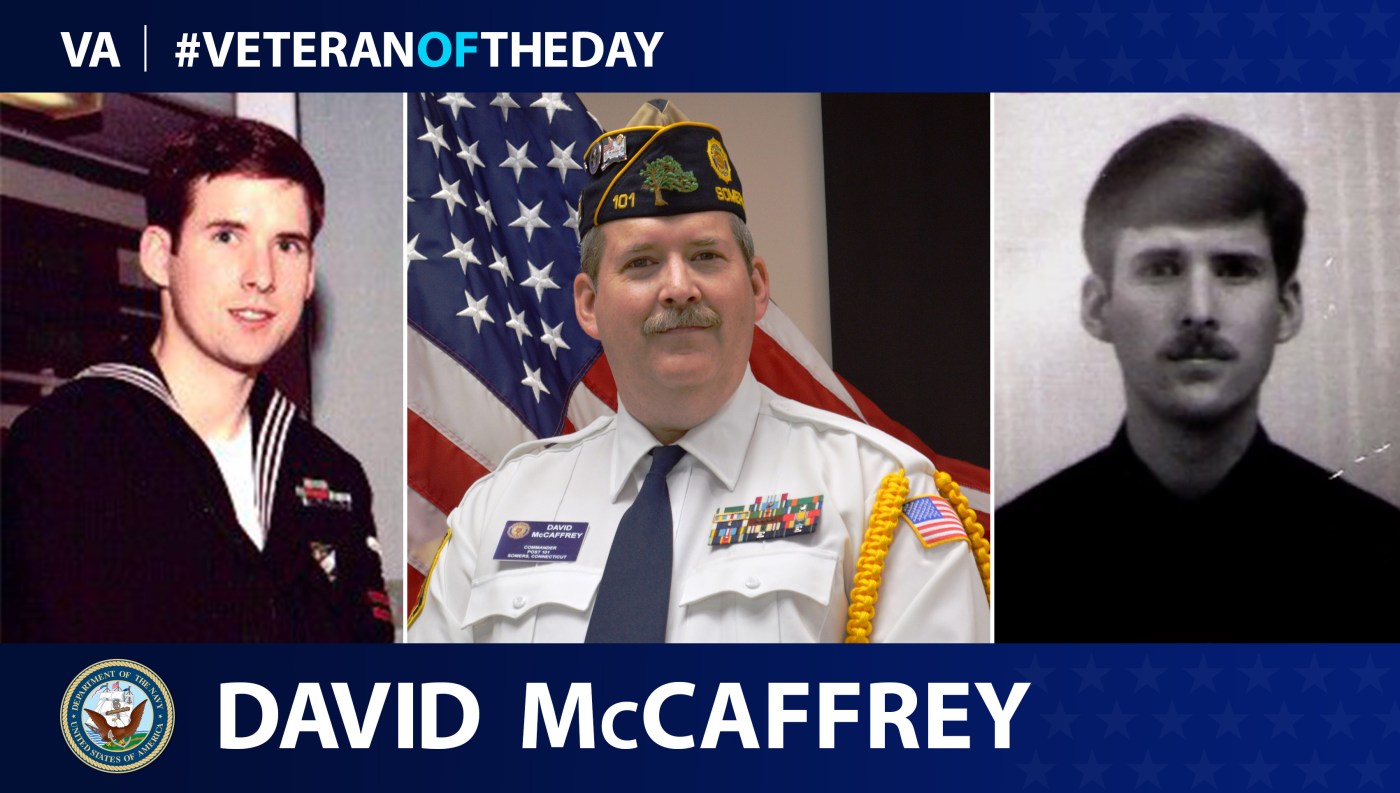 Today’s #VeteranOfTheDay is Navy Veteran David McCaffrey, who served as a cryptologic technician for 20 years and now commands an American Legion post.

David P. McCaffrey enlisted in the United States Navy in 1982. He received training as a Navy cryptologic technician and served in that capacity until retiring in 2002.

Throughout his 20 years of service, McCaffrey worked side by side with intelligence agencies such as the National Security Agency and the Defense Intelligence Agency, targeting terrorist and criminal entities that threatened the United States and its citizens. Using his extensive knowledge in cryptology, signals intelligence and human intelligence, McCaffrey provided vital insight to the task forces he worked with, earning him several military medals and commendations.

After retiring from his 20-year career at the rank of senior chief petty officer, McCaffrey began dedicating more time to volunteer work in his hometown of Somers, Connecticut. Today McCaffrey serves over 2,260 volunteer hours annually, holding positions at the Somers Fire Department, the Somers Registrar of Voters, The American Legion and the Town of Somers Municipal Veterans Administration.

Since 2012, McCaffrey has served as the commander of the American Legion Buck-Dubiel Post 101. His love for his fellow veterans was instrumental in bringing membership to Post 101 from seven to over 350 within seven years.

For his tireless efforts and compassion, McCaffrey has become well respected in his community, receiving media attention, numerous awards and the love of his friends and neighbors.