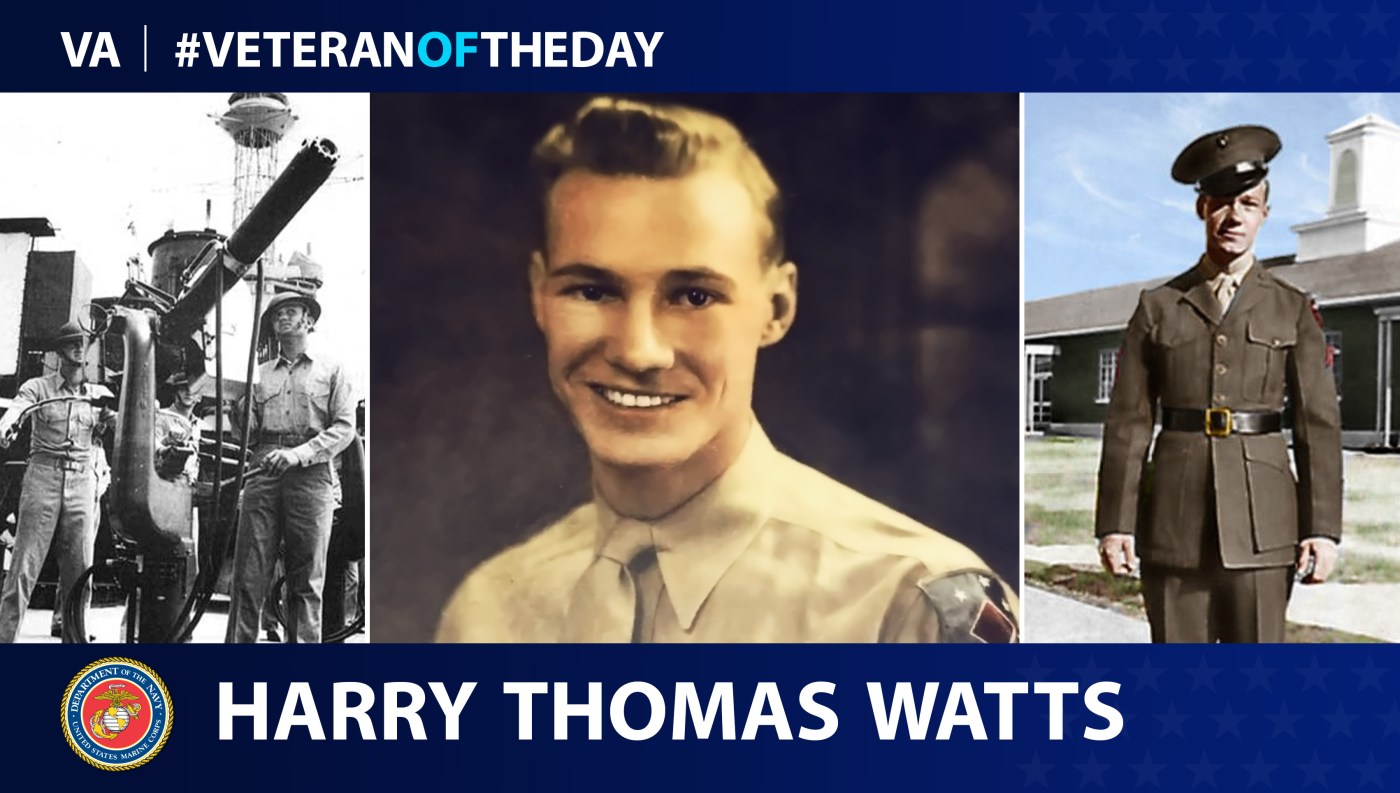 Watts arrived at the Navy Yard, Pearl Harbor, Dec. 1, 1941 as part of Machine Gun Group, 4th Defense Battalion. Six days later, at the age of 17, Watts arrived just before what President Franklin Delano Roosevelt described as “a date which will live in infamy,” the Dec. 7, 1941,  Japanese attack Pearl Harbor.

As part of the machine gun group, Watts was one of the few Marines equipped with enough fire power to fend off the attacking aircraft due to the supplies of the anti-aircraft units being locked away in the armory.

After the battle, Watts went to Midway, where he arrived Dec. 24, 1941, and stayed until Feb. 18, 1942, when he would return to Pearl Harbor. The 4th Defense Battalion began island hopping and landed at Vella Lavella, British Solomon Islands Aug. 15, 1943. Watts saw constant combat against the Japanese until Oct. 16, 1943.

Watts was sent back to San Diego shortly after the 4th Defense Battalion became a part of the 3rd Amphibious Corps. He would then extend his enlistment and join the 3rd Marine Division as a member of the band, playing the trumpet.

Watts was discharged Nov. 7, 1945, and married Ann Williams. Both Watts and his wife were proud supporters of the Pearl Harbor Survivor Association as well as proud members of the 4th Defense Battalion. Watts attended many reunions in Arkansas and all around the United States before he passed away.

We salute his service.