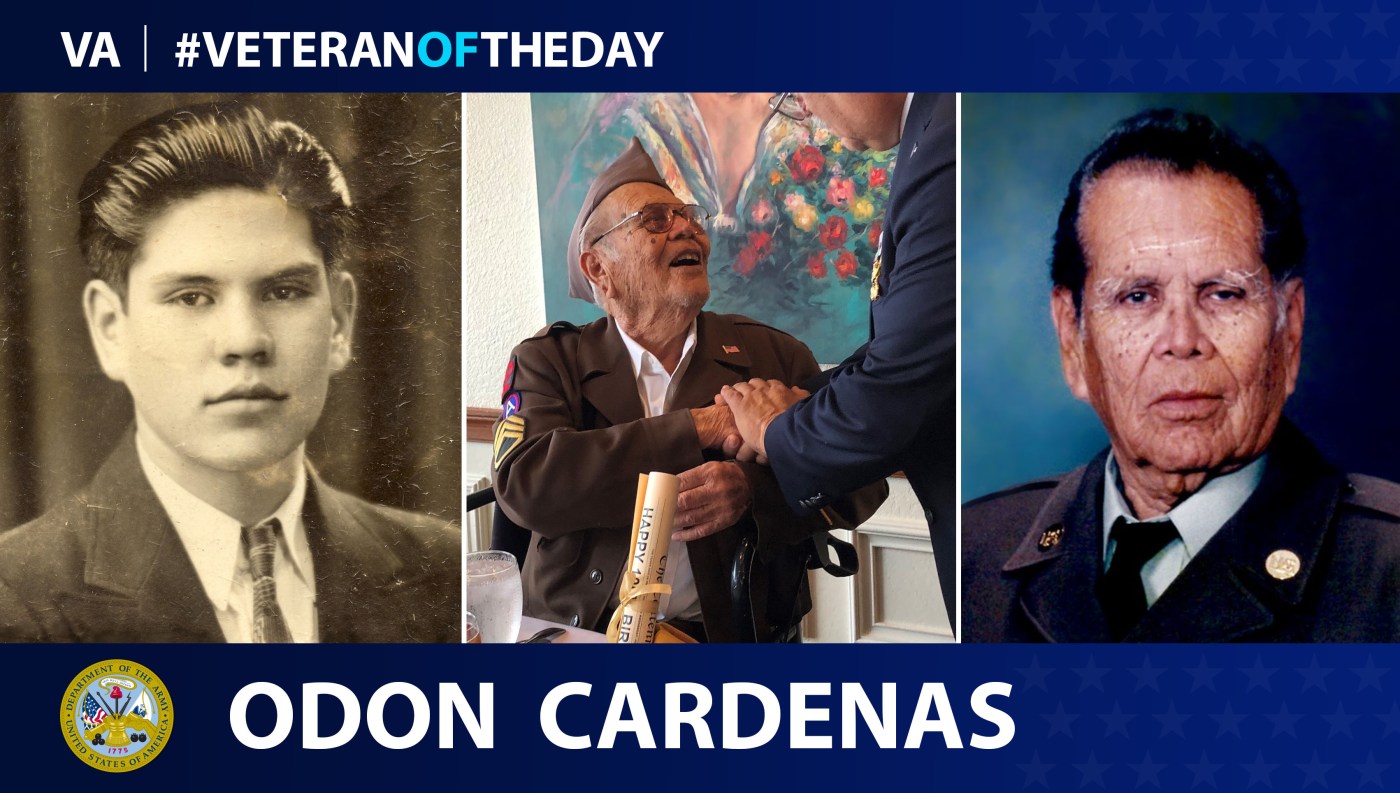 Today’s #VeteranOfTheDay is Army Veteran Odón Sanchez Cardenas, who served in the European theater during World War II and was captured as a POW.

Odón Sanchez Cardenas was born July 30, 1919 in Devine, Texas. He spent most of his childhood in Shakopee, Minnesota, as a sugar beet farmer, along with his five siblings.

As a first generation American, Cardenas felt the need to give back and serve his country and enlisted in the Army. During his initial days in service, Cardenas served as a private first class at Fort Snelling, Minnesota. He was later promoted to staff sergeant and squad leader, which caused him to be re-assigned to a battalion in California. His battalion deployed to the European Theater of Operations in November 1944.

During an attack by German forces on the front lines, their military captured Cardenas. The Germans took Cardenas as a prisoner of war, where he was held in multiple camps. He was liberated two weeks later in events that are now known as the Battle of the Bulge.