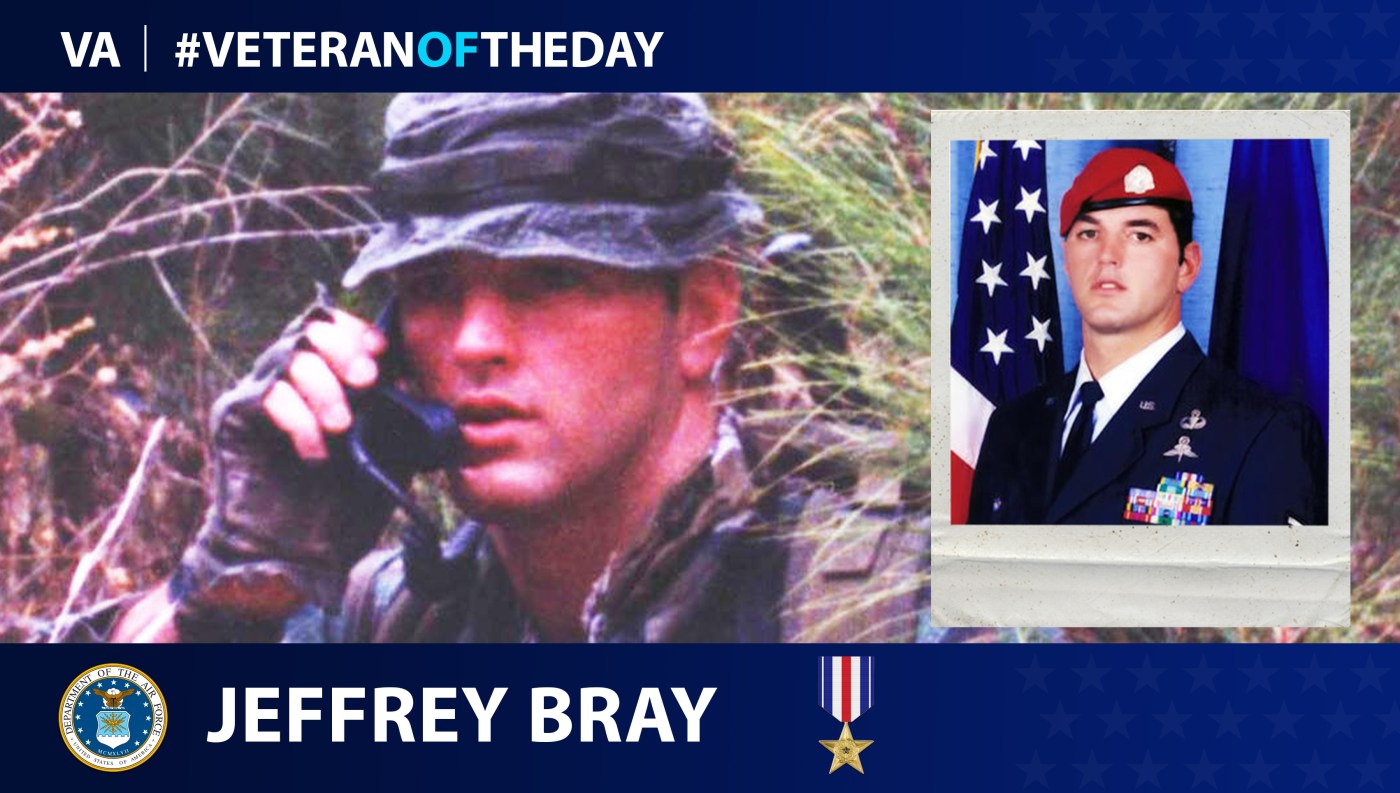 Today’s #VeteranOfTheDay is Air Force Veteran Jeffrey Bray, who served during the Battle of Mogadishu Oct. 3, 1993, and received a Silver Star.

Jeffrey Bray was born in Asheboro, North Carolina, in 1966. While at Asheboro High School, he played football and ran track. After graduation, Jeffrey enlisted in the Air Force.

Bray graduated basic training, then began the combat controller training pipeline. He was later selected to serve with the 24th Special Tactics Squadron based at Pope Air Force Base, North Carolina.

Bray served with a joint service team during the Battle of Mogadishu Oct. 3, 1993. He coordinated gunship fire support on concealed targets around his position throughout the night. He skillfully marked friendly forces’ locations, which allowed U.S. helicopter gunships to hit their target easier. Additionally, Bray sent out runners to mark locations with infrared strobe lights so orbiting U.S. aircraft could see. These runners would find targets so Bray could plot their location and call in the support. President Bill Clinton presented Bray with a Silver Star for his actions.

After his days in combat, Bray began training special tactics members. He used his experience on the battlefield to improve how his special tactics unit conducted urban warfare training–irrefutably transforming special tactics. Many of the men Bray trained went on to have successful careers during Operation Iraqi Freedom and Operation Enduring Freedom. Bray retired due to medical concerns.