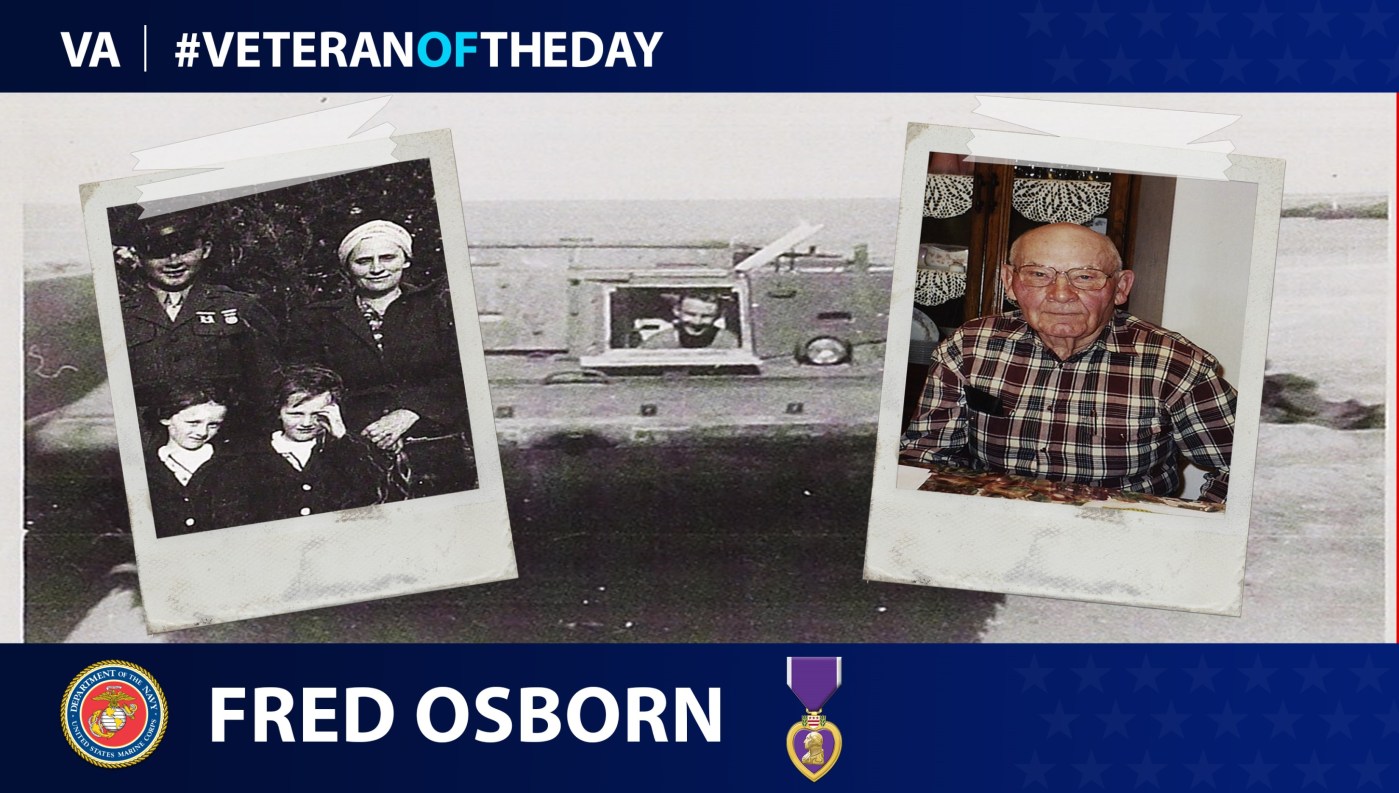 Today’s #VeteranOfTheDay is Marine Corps Veteran Fred Osborn, who served during the battles of Tarawa, Mare and Iwo Jima during World War II.

Following his time at Camp Pendleton, Osborn joined the Marine Raiders, an elite division of the Marine Corps established to conduct amphibious light infantry attacks. He then went to the cliffs of Darwin, Australia, for paratrooper training.

After completing training, Osborn and approximately 600 fellow Marines parachuted onto the island of Mare. Their mission was wearing down enemy forces in preparation for a full-scale U.S. invasion. After spending approximately one month harassing and scouting enemy forces, a large U.S. Army amphibious landing relieved the Marine Raiders.

Following the successful assault on Mare Island, the Marines traveled to New Caledonia. They then participated in the U.S. invasion of Tarawa. After the invasion of Tarawa, Osborn contracted spinal meningitis and went to a hospital. Once Fred recovered, he was reassigned to transport Marines onto the beach during the Battle of Iwo Jima.

Once all their vehicles had been disabled by sand, the Marines continued to fight as an infantry battalion. After the main assault had successfully concluded, Osborn and his unit received new tanks and continued to hunt down remaining Japanese forces.

A month into the invasion, a mortar struck Osborn’s tank, severely injuring him and killing his crewmen. He was evacuated to a hospital ship in Guam, where he remained until the end of the war. For injuries sustained during his service, Osborn received the Purple Heart.

Osborn returned home in February 1946 and continued working on his family’s farm before moving to Nebraska, where he worked construction.