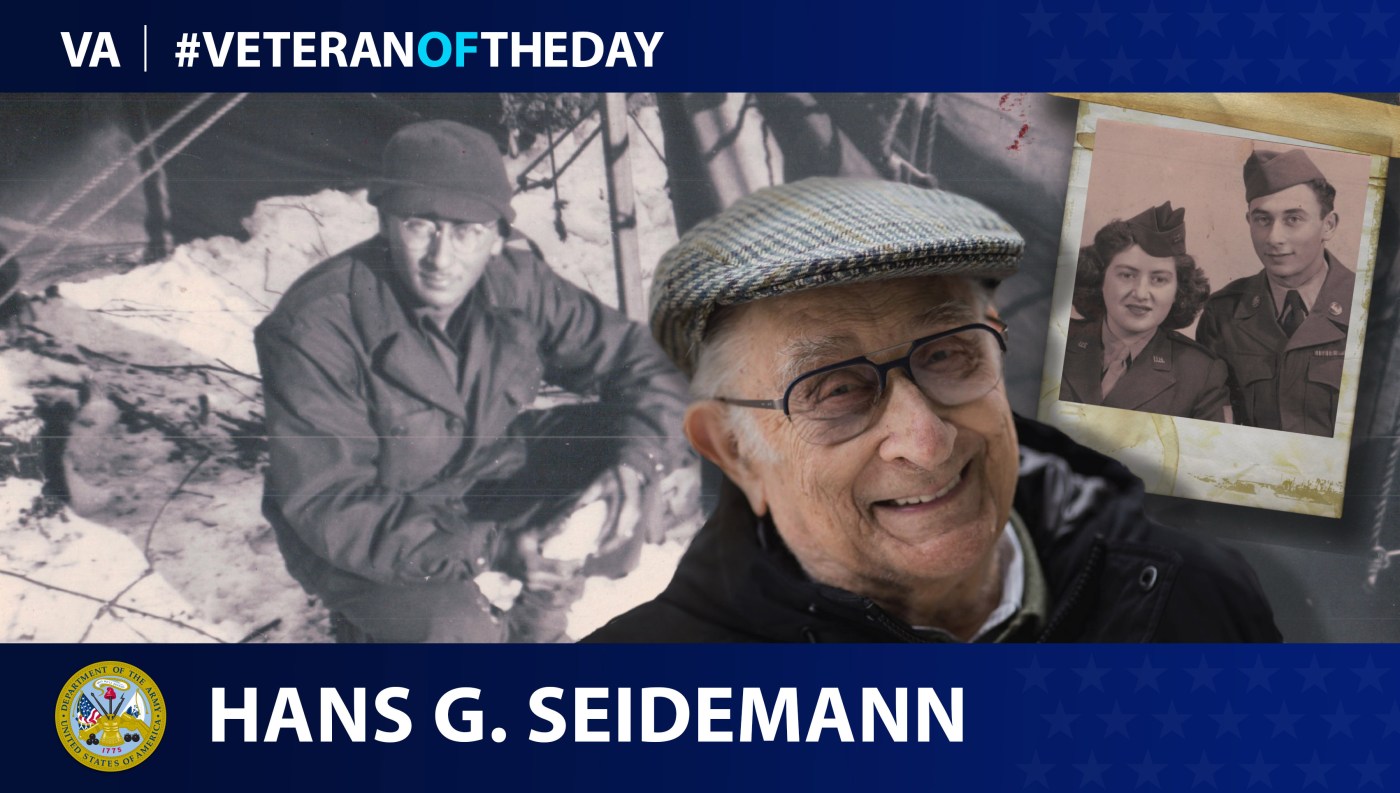 Today’s #VeteranOfTheDay is Army Veteran Hans Gideon Seidemann. He worked as an interpreter at a German prisoner of war camp.

Hans Gideon Seidemann was born Dec. 13, 1924, in Breslau, Germany and raised in an Orthodox Jewish home. Targeted due to their religious identity, his family fled Nazi Germany to escape the possibility of being taken to a concentration camp. They traveled by train and boat through the Soviet Union and Japan. They finally settled in Seattle, Washington, in 1940.

Upon being drafted into the Army, Seidemann proved to be a valuable asset because he spoke fluent English and German.

During his time in service, he worked as an interpreter for a German prisoner of war camp, where he secured information from prisoners and relayed instructions from the administration back to camp. Hans went on to become an administrative noncommissioned officer, where he was in charge of routing incoming material and dispatching completed work. He was also a part of the office that monitored German communications such as mail, telephone and telegraph. Seidemann received various medals,including the Army of Occupation Medal as well as the World War II Victory Medal. During his service, Seidemann also met his wife, Shulamith, a civilian censor for the Army.