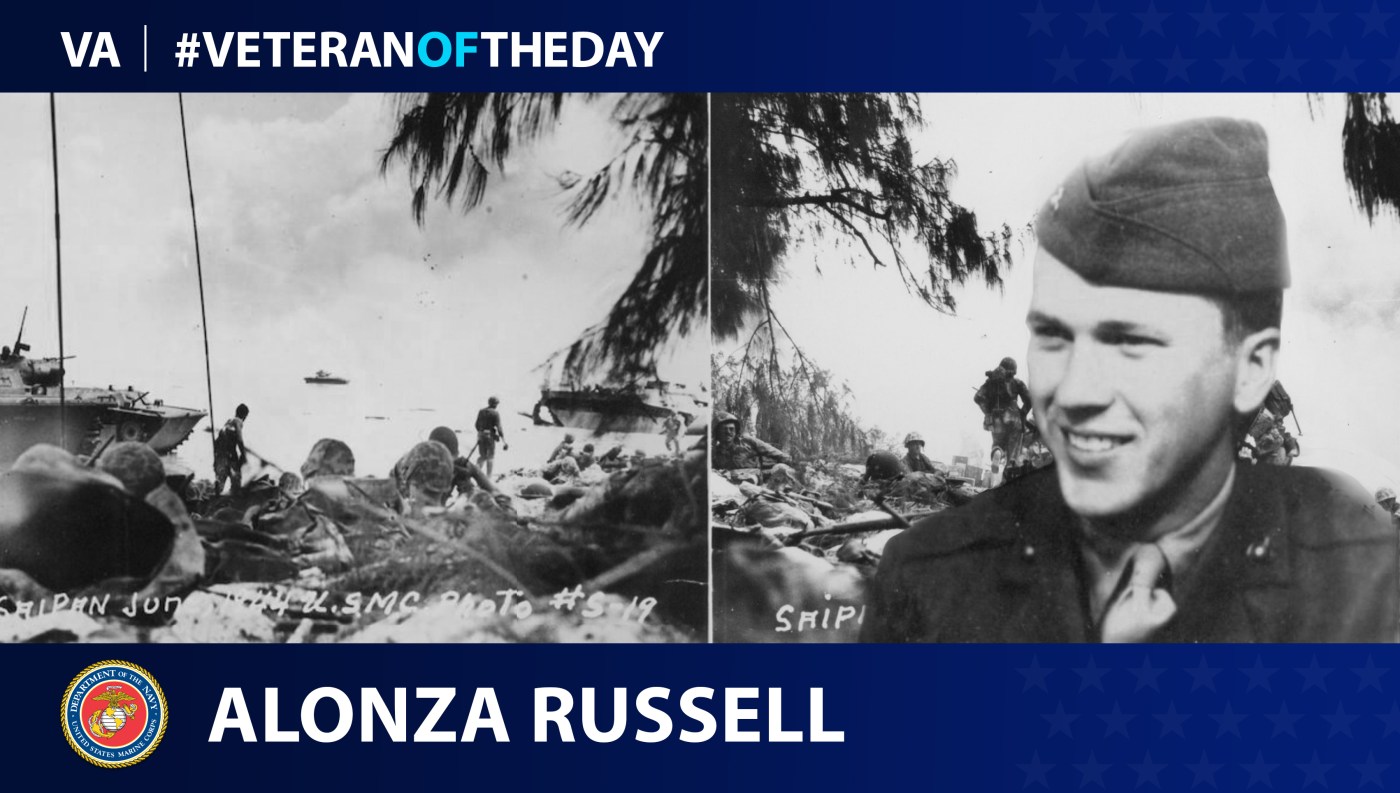 There, Russell and his fellow Marines joined the 2nd Marine Division in New Zealand and received additional training at various islands around the Pacific theater.

Russell received his first combat assignment in November 1943 when he and parts of the 2nd Marine Division took the Gilbert Islands from Japanese forces..

From the Gilbert Islands, Russell’s unit traveled to the Solomon Islands and later Saipan. There, Russell served as a driver, transporting American servicemembers around the islands. Although the unit arrived after U.S. forces had taken Saipan from the Japanese, the Marines still faced sporadic attack from insurgent Japanese forces hidden around the island.

By September 1945, Japan surrendered and the 2nd Marine Division converted to an occupying force. Russell spent several weeks with his unit stationed in Nagasaki, Japan, before returning to the United States, where he was discharged at the rank of corporal.