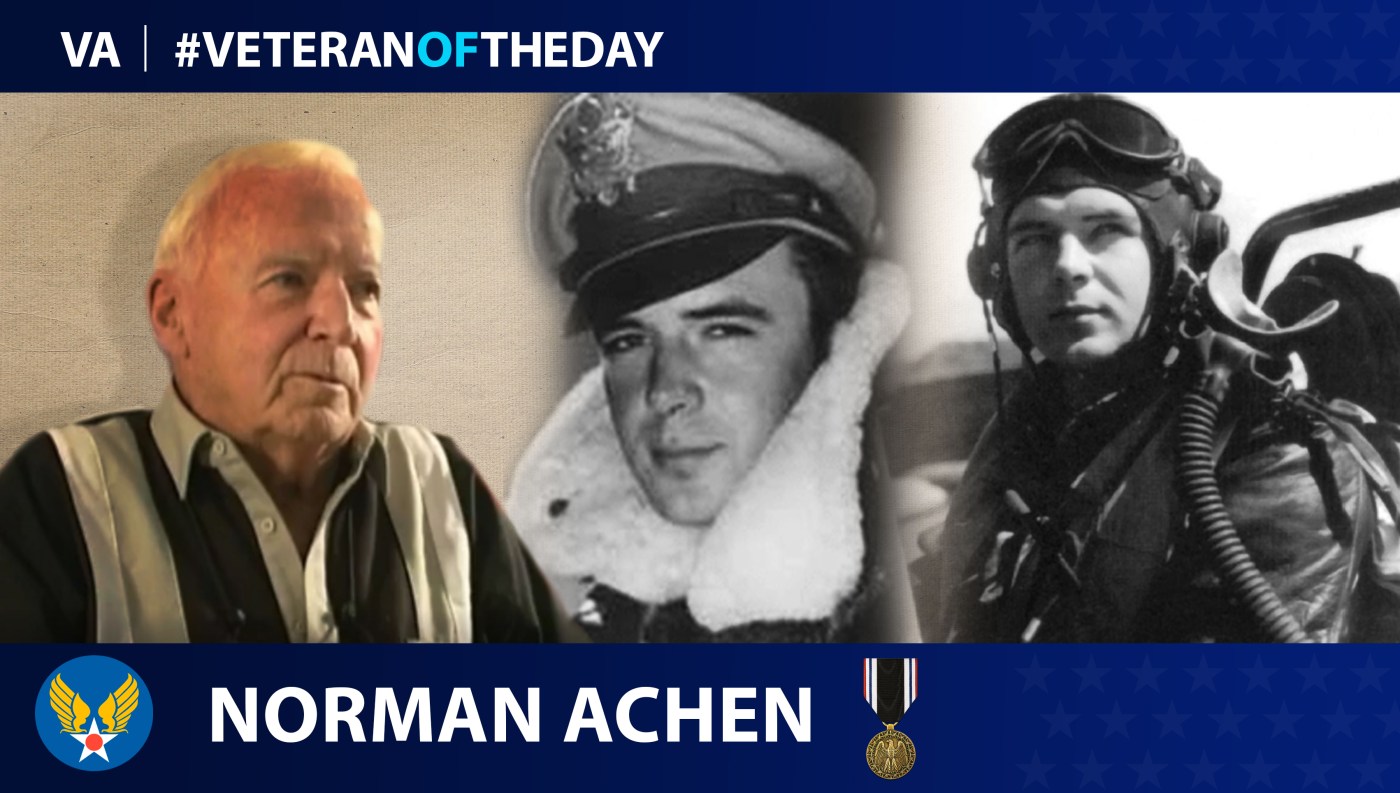 Today’s #VeteranOfTheDay is Army Air Forces Veteran Norman Achen, who was shot down and captured as a prisoner of war by Germans during World War II.

The third Friday in September is National POW/MIA Recognition Day. Norman Achen is one of the men this day honors.

Achen was born in 1921 and lived in Tucson, Arizona, when he decided to enlist in the Army Air Corps. At the time, Achen held a private pilot license. He learned about fighter planes before joining. After enlisting, was stationed in Bartow, Florida.

Achen flew and fought in Germany during World War II. While piloting a P-51 Mustang, flak hit Achen’s plane. He made a belly landing, and Germans captured him as a prisoner of war. While a prisoner, Achen was interrogated by a Gestapo agent and was kept in solitary confinement. He escaped and met up with men from Patton’s Army. Following his return to the U.S., Achen went on two months of leave in Florida to be with his wife.

After leaving the military, Achen attended the University of California at Los Angeles, where he completed a degree in science. He and his wife had two children while Achen worked as a sales manager and then president of Highland Laboratories. In the years after, Achen started his own business, earned a law degree, and authored a book about his experience in the military, his capture and escape.