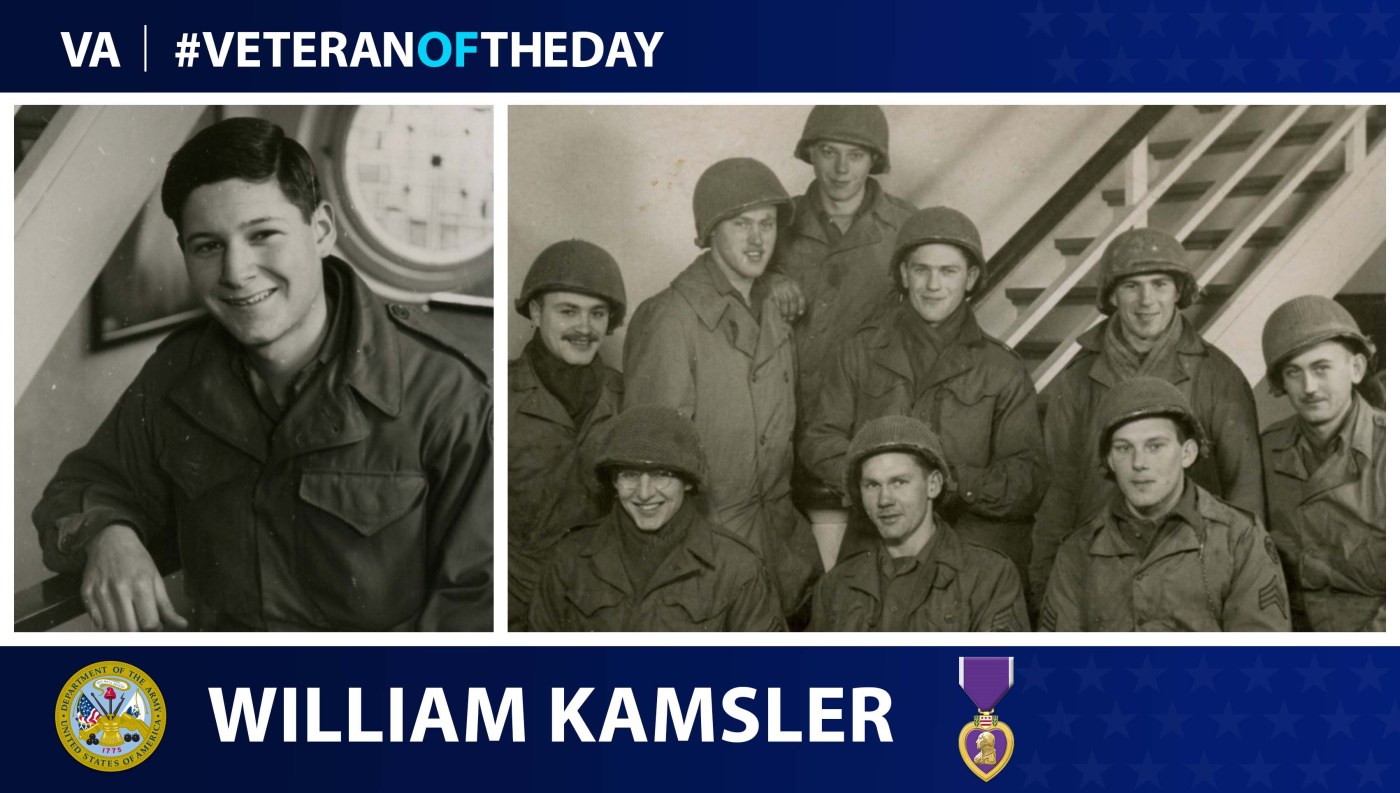 When Japan attacked Pearl Harbor, William Kamsler was still in high school. His father was a retired Army officer who served in World War I, and through various connections secured William an appointment at West Point. But the younger Kamsler wasn’t physically strong enough for West Point, and was soon sent to Fort Benning, Georgia, for basic training and Officer Candidate School.

After graduating from basic training, Kamsler was told he was too small for a combat unit, so he enrolled in classes at the University of Dayton, where he learned about municipal governments and European history in preparation for occupational duty after the war. Eight months later, he was assigned to the 405th Regiment of the 102nd Infantry Division, in Texas. From there, in September 1944, he was assigned to a reconnaissance unit and sent to France to be a French interpreter–as he had said he took some French in high school during his initial interview. However, he didn’t speak it very well and had to find a French civilian who could speak English to help him.

Kamsler was wounded in the leg while on patrol, earning him a Purple Heart. His unit was the first to cross the Roer River, facing German artillery fire. The unit received the Presidential Unit Citation and Kamsler received a Bronze Star Medal. They also crossed the Elbe River to find an entire German battalion surrendering to them. Kamler was again wounded and received a second Purple Heart. After the war, he was discharged, and returned to the states, where he found work with the CIA.