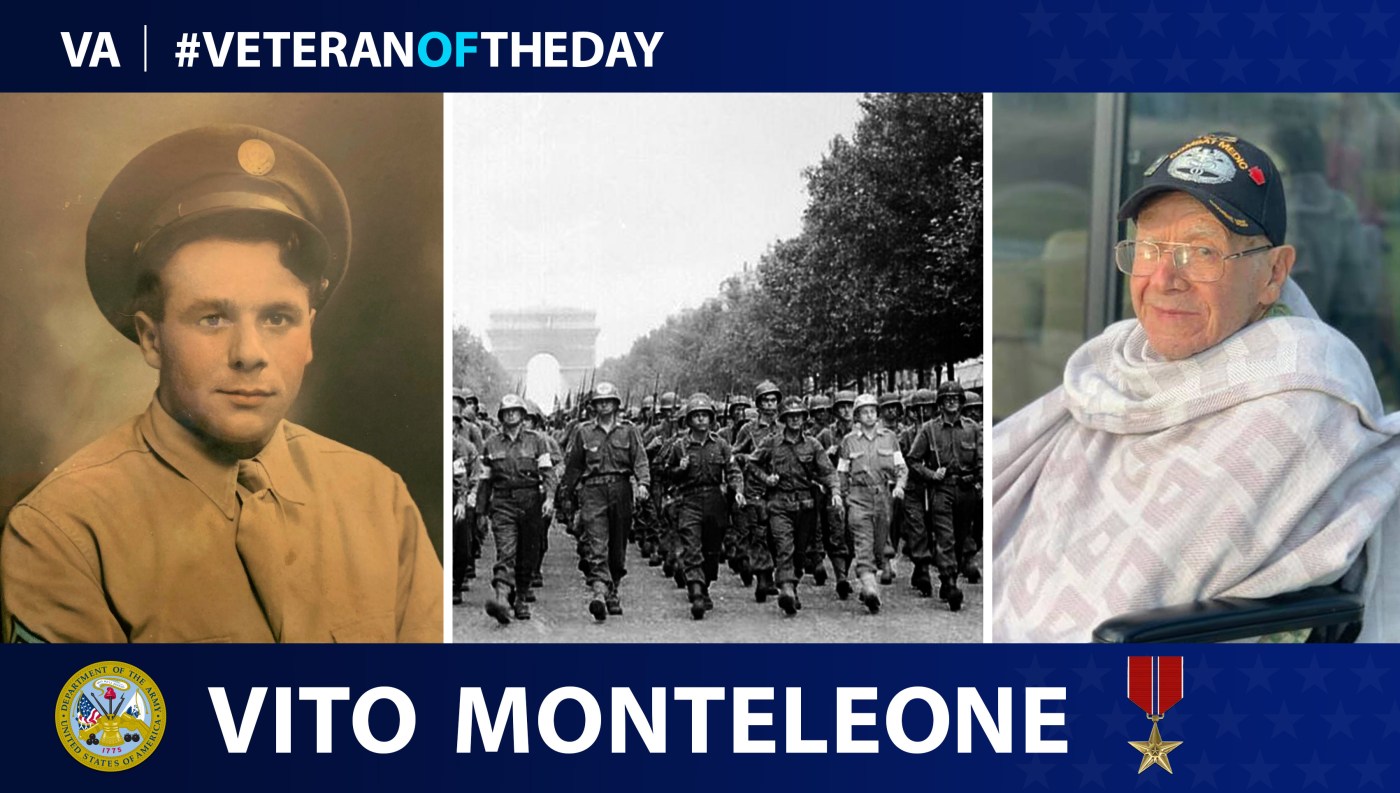 Today’s #VeteranOfTheDay is Army Veteran Vito Monteleone, who marched down the Champs Élysées in the Victory Day parade Aug. 29, 1944, in Paris, France.

American troops marched down the Champs Élysées in the Victory Day parade Aug. 29, 1944, in Paris, France. Among those troops was a 28th Infantry Division Soldier named Vito Monteleone. Pictured second from right in the front row, Monteleone marched wearing white arm bands on both arms as a combat medic.

Following his service in Normandy, Monteleone served as a combat medic in the Northern France Campaign and the Ardennes-Alsace Campaign. He also served the 28th in the Rhineland Campaign and Central Europe Campaign. During this period, he was continually assigned or reassigned to the division’s infantry regiments, providing medical services wherever needed. When the Battle of the Bulge started, Monteleone was in Luxembourg, serving as an ambulance driver.

As the war started winding down, Monteleone helped process American troops for redeployment to the U.S. He left the Army as a technician fifth grade Dec. 6, 1945.

Following his nearly three years of service, Monteleone drove trucks professionally and worked in construction for several decades. He also served as volunteer firefighter. He celebrated his 95th birthday in February. Monteleone is the last active World War II member of Veterans of Foreign Wars Post 9835 in Warrenton, Virginia.