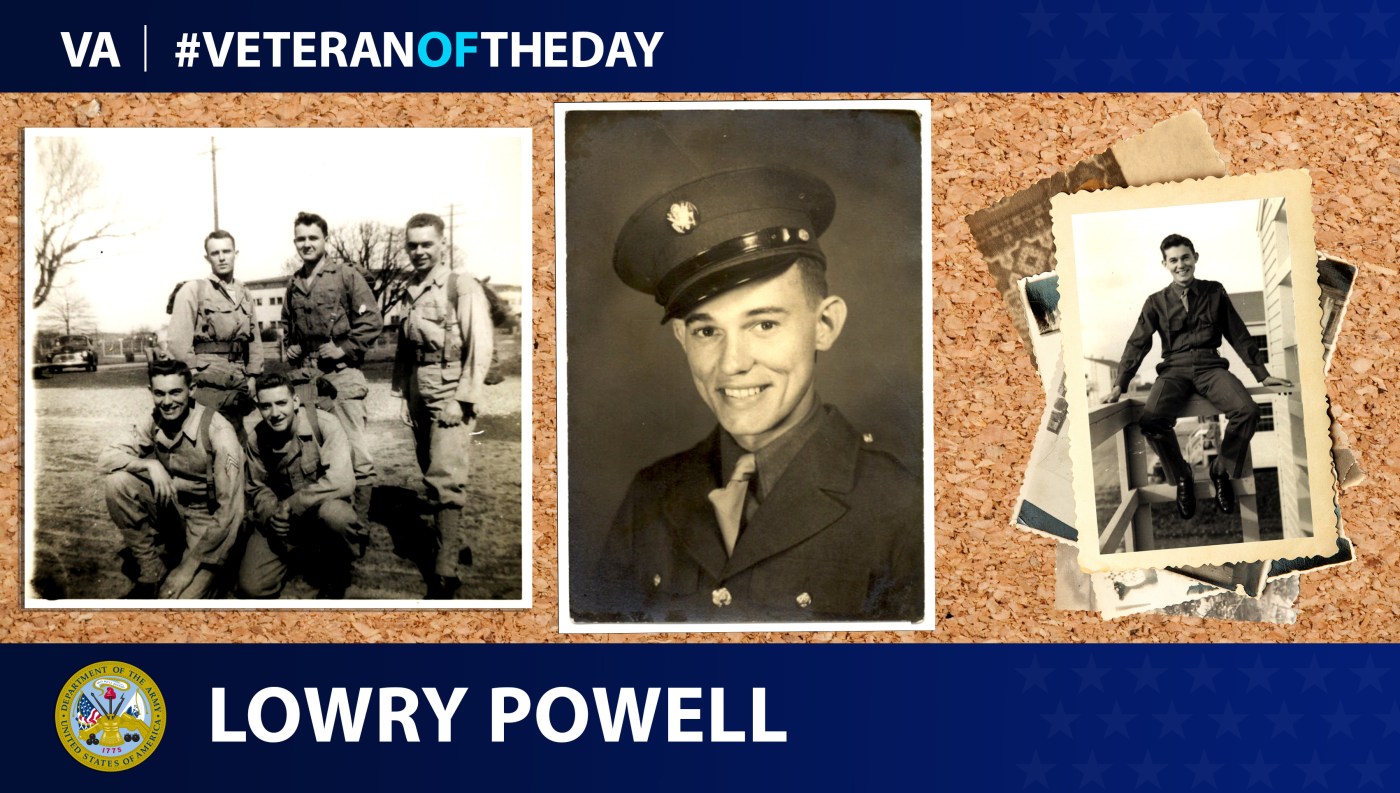 Lowry Powell was born March 3, 1921, in Big Spring, Tennessee. He grew up on a farm with seven sisters and a brother. After graduating high school, he moved to Chattanooga, Tennessee, where he joined the Army in 1942. Having taken business courses after high school, he proved to be a proficient office worker. He held record-keeping jobs in Fort Oglethorpre, Georgia; Camp Hood, Texas; and in Memphis, Tennessee.

Following his service, Powell was honorably discharged in February 1946. But, he chose to stay on as a civilian employee for the remainder of the year. In December 1946, he attended Wesleyan University for two years and finished his four-year degree at Tennessee Tech on the GI Bill. He would go on to work for Dupont in Chattanooga for thirty years while helping his mother and sister maintain the family farm.

During his time in the service, he learned how to work alongside people of different personalities and backgrounds, and made lifelong connections with whom he faithfully remained in contact. In a 2004 interview for the Veterans History Project, Powell expressed a desire to preserve the legacy of those who fought in World War II. He reflected on what it meant for a country’s citizens to make sacrifices together, whether at home or overseas.