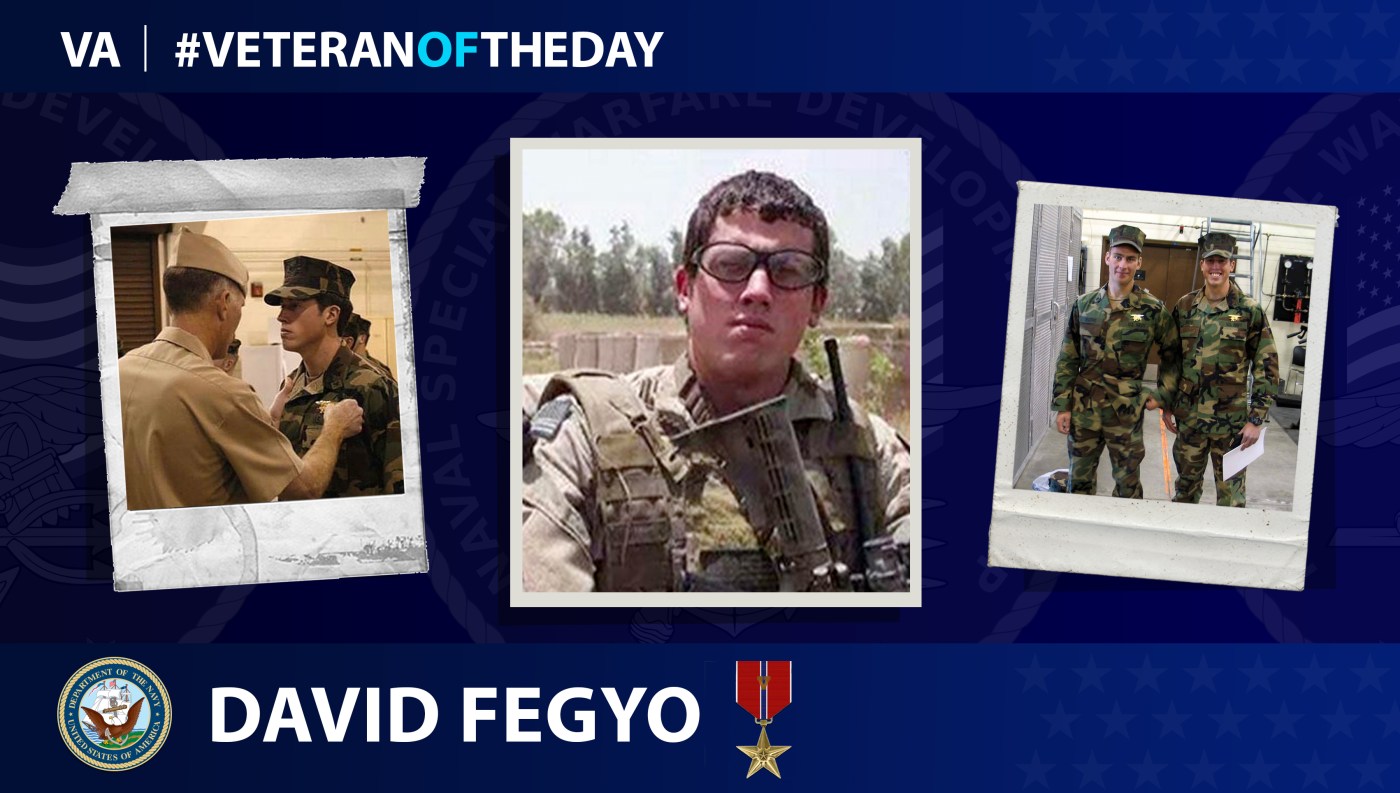 Today’s #VeteranOfTheDay is Navy Veteran David A. Fegyo, a Navy SEAL with SEAL Team 10 and DEVGRU who deployed to Iraq and Afghanistan.

Fegyo served his first assignment with Seal Team 10 based in Norfolk, Virginia, until 2010. He then began the selection process to serve with Naval Special Warfare Development Group (NSWDG). Following selection, Fegyo served with DEVGRU Blue Squadron as a leading petty officer and breacher. He deployed multiple times to Iraq and Afghanistan.

Fegyo is survived by his loving wife, daughter, father, mother, brother, and numerous other family, friends and teammates. He is remembered as a Sailor who continuously worked on his skills. Fegyo was frequently firing on rifle ranges, working out in the gym or working out in the fight room. He was an expert in explosive breaching techniques and close quarter combat.