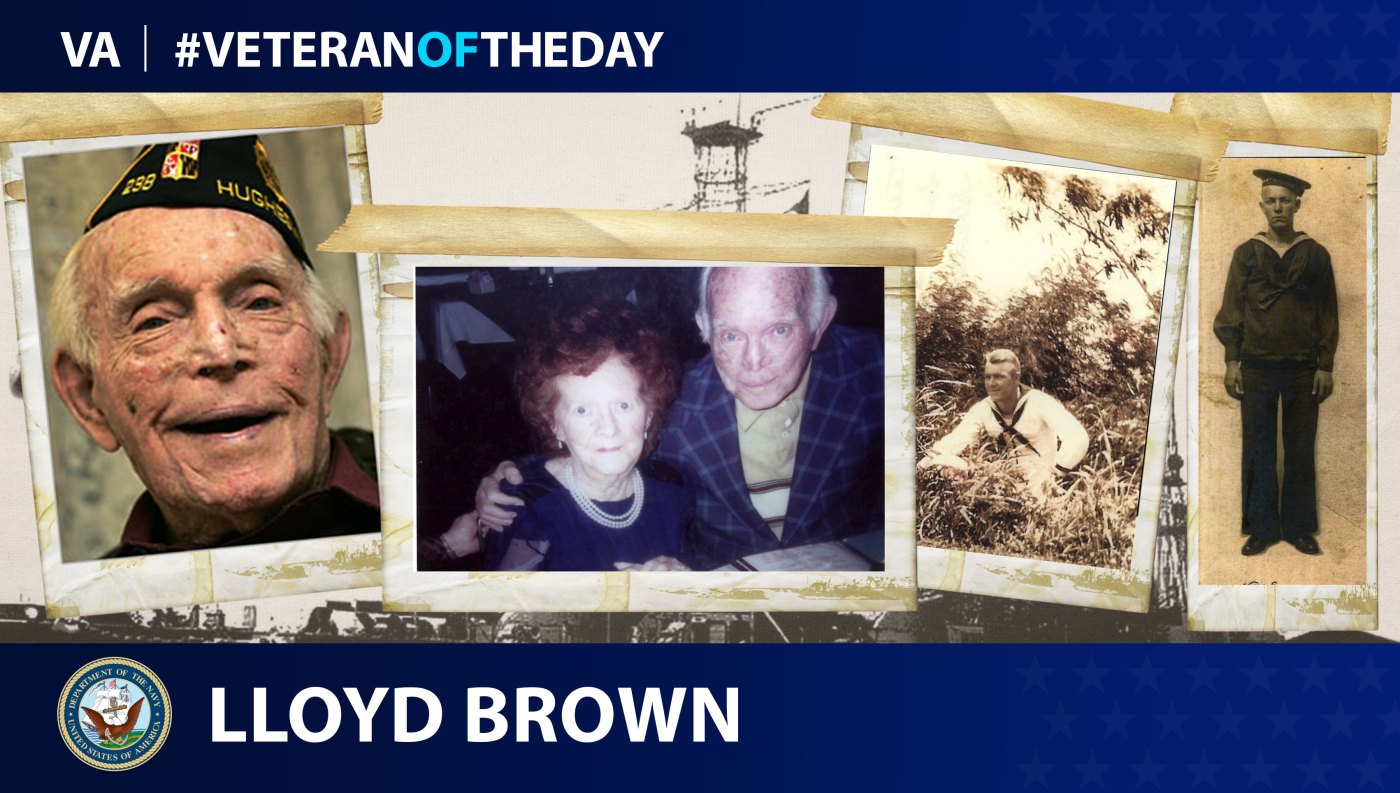 Today’s #VeteranOfTheDay is Navy Veteran Lloyd Brown, who enlisted at 16 and was the last known surviving Navy Veteran of World War I.

In 1918, at the age of 16, Lloyd Brown enlisted with the United States Navy. He received basic training at Great Lakes Naval Station outside of Chicago.

After completing basic training, the Navy assigned Brown to the USS New Hampshire, a Connecticut-class battleship and the last pre-dreadnought battleship the Navy commissioned. USS New Hampshire deployed to the English Channel, where they kept waters clear of German U-Boats. As a gun crew member, Brown communicated with men in the lookout towers, who called out targets. In addition to their specialized jobs, Sailors constantly kept the ship clean of coal dust generated by its furnaces.

Having entered the war so late, Brown only served several weeks before Germany signed the Armistice in November 1918, marking the end of World War I. Following the end of the war, he continued his enlistment on the USS New Hampshire, which served as a troop transport ship, bringing U.S. service members back to the United States.

The Navy discharged Brown as a seaman second class at the Naval Demobilization Station in St. Louis, Missouri, Oct. 6, 1919.

Brown reenlisted Nov. 10, 1921, at the Naval Receiving Station in Philadelphia, and applied to the U.S. Navy Band School in Norfolk, Virginia. After accepted, Brown served as a cellist with the admiral’s private orchestra aboard the USS Seattle flagship. There, Sailors entertained the admiral and his guests during social functions.

The Navy discharged Brown Nov. 14, 1925, as a musician second class. After leaving the Navy, he joined the District of Columbia Fire Department, Engine Company 16, serving the White House and surrounding embassies. Having lied about his age to enlist, Brown’s year of birth was erroneously listed as 1899 on his driver’s license for the remainder of his life. Brown passed away April 2, 2007, at the age of 105. He was the last known surviving Navy Veteran of World War I.