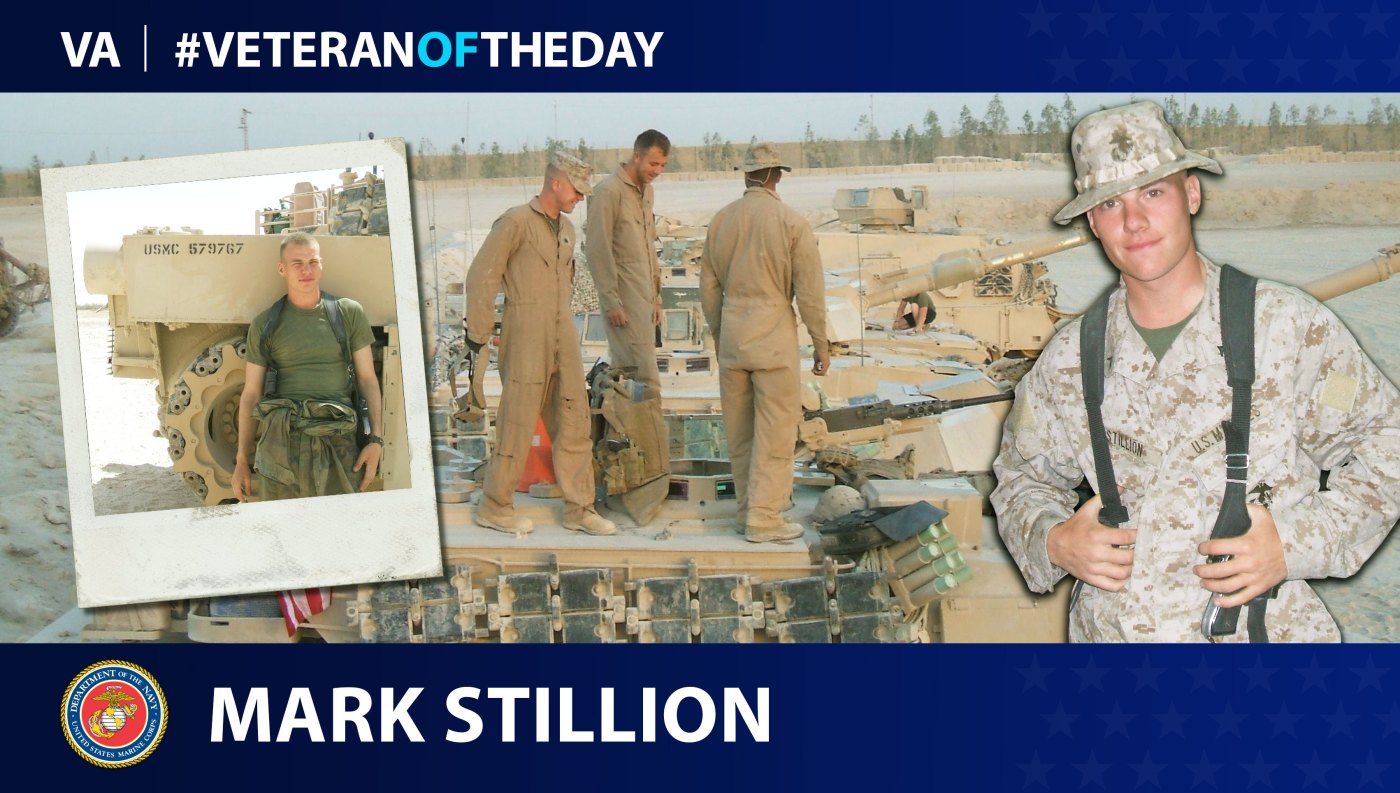 Today’s #VeteranOfTheDay is Marine Veteran Mark Stillion, who served two deployments as a tank crewman and turret gunner in Iraq.

Mark Stillion was born in July 1987 and grew up in Sebring, Ohio. After graduating from high school at the age of 17, he left for the U.S. Marine Corps training facility in Parris Island. He enlisted into the Marines in 2005.

Stillion served in Camp Fallujah, Iraq and deployed for Operation Enduring Freedom in 2007 and 2008. He has served as an 1812 tank crewman and M1A1 tank crewman, as well as a turret gunner on a Mine-Resistant Ambush Protected vehicle. He received a combat meritorious promotion to lance corporal during his first deployment. In his second deployment, he led a platoon of 12 junior Marines as a noncommissioned officer.

Stillion completed his service in 2010. He has since served as a special operations intelligence analyst and an unmanned aerial vehicle operator in Afghanistan. He also served as a guards supervisor in Baghdad. Recently, Stillion started up his own drone business for aerial cinematography. He currently resides in Houston, Texas.