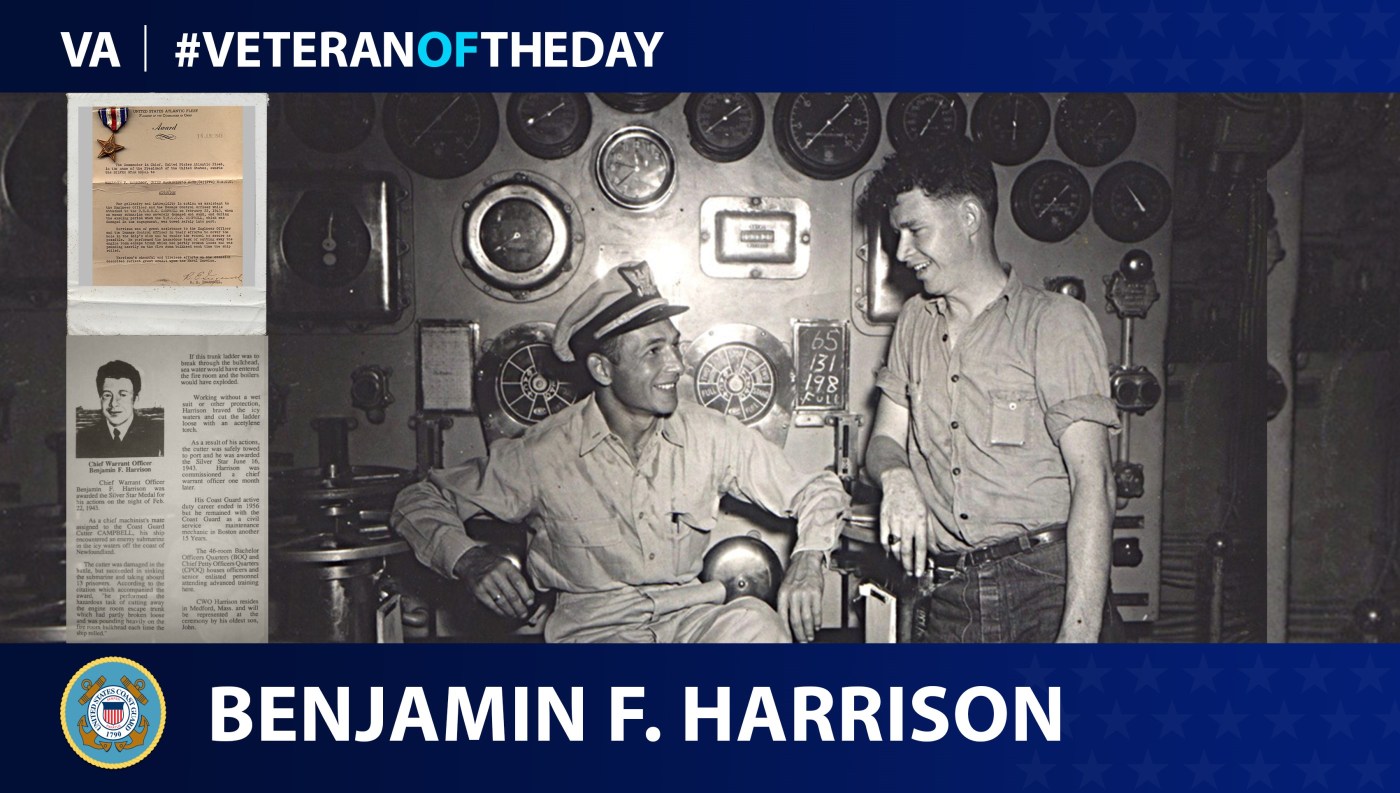 Chief Machinist’s Mate Benjamin F. Harrison served aboard the Coast Guard Cutter Campbell Feb. 22, 1943, when the ship encountered an enemy submarine off the coast of Newfoundland. The submarine sunk in battle and the crew took 13 prisoners aboard. Soon after, the crew realized the cutter suffered significant damages to its engine room. The escape trunk broke loose during the hostilities and the ladder relentlessly beat down on the fire room bulkhead. If it broke through, the resulting flood of sea water would cause the boilers to explode.

Harrison responded quickly to this predicament by assisting the engineer officer and the damage control officer in their efforts to secure the cutter. Working without a wet suit or other protection, Harrison cut the ladder loose with an acetylene torch. As a result, the cutter was safely towed to port.

For his efforts, Harrison received a Silver Star on June 16, 1943. One month later he was commissioned a chief warrant officer.

Harrison’s active duty career ended in 1956, but he remained with the Coast Guard for another 15 years as a civil service maintenance mechanic in Boston, Massachusetts. In 1987, the U.S. Coast Guard Training Center in Petaluma, California dedicated Harrison Hall in his honor.