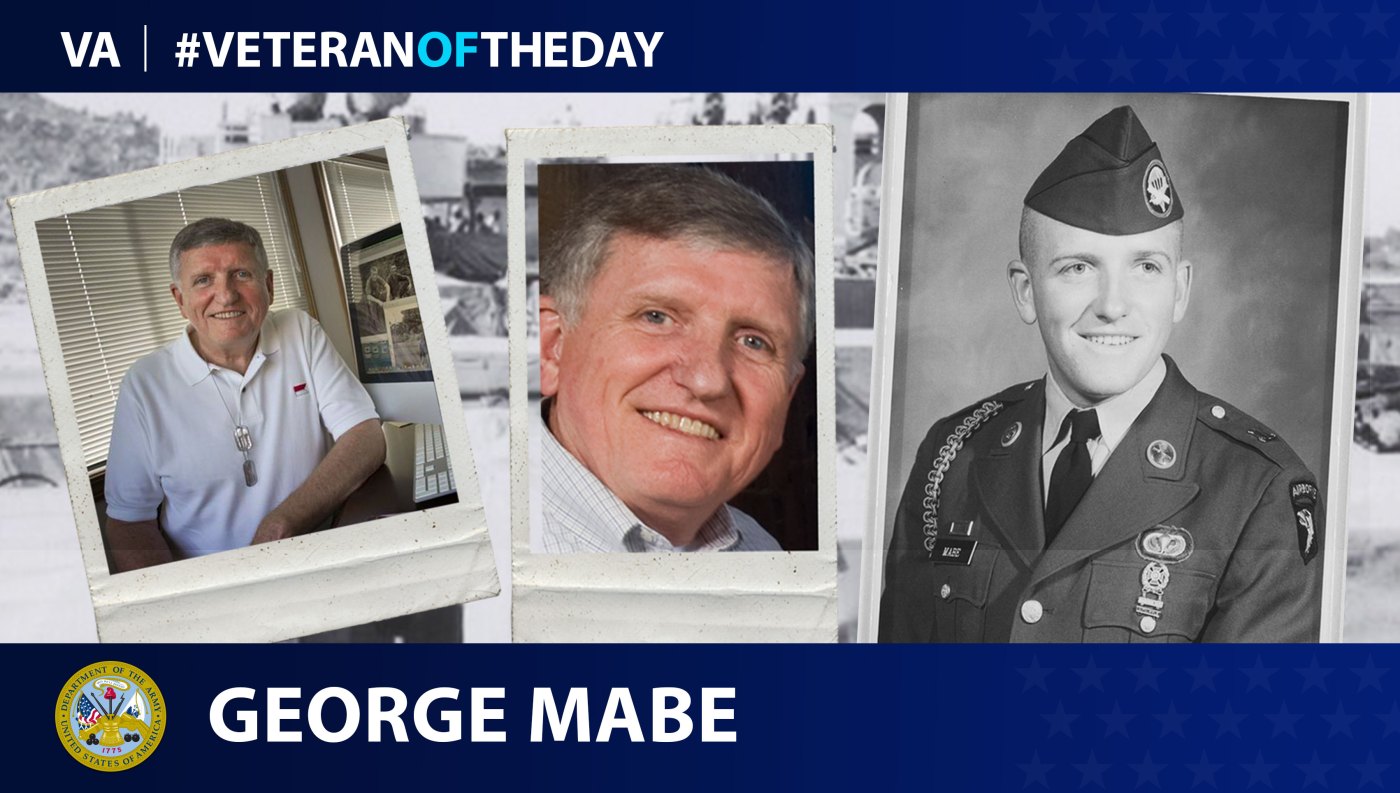 Today’s #VeteranOfTheDay is Army Veteran George Mikey Mabe, who served during the Vietnam War and received a Purple Heart.

George Mikey Mabe was born in 1947 and raised in North Carolina. Inspired by his father’s service in World War II, Mabe enlisted in the Army after graduating high school in 1965.

Mabe completed basic and advanced infantry training at Fort Gordon before going to Fort Benning to complete paratrooper training. After completing training, he arrived in South Vietnam to serve in a combat unit of the 1st Brigade, 101st Airborne Division. He served as a radio operator and Jeep driver for the 1st sergeant.

Mabe was on patrol March 12, 1966, when his Viet Cong ambushed his squad. Mabe was wounded by a grenade during the battle and later earned a Purple Heart.  During his time in Vietnam, Mabe looked forward to baths, hot food, blocks of cheddar cheese sent from home, and the many letters his father sent him.

When his tour of duty ended, Mabe returned to the United States for a long-awaited welcome from his family in North Carolina. Mabe served the remainder of his time in the Army at Fort Campbell and later at Fort Bragg. The Army discharged Mabe in August 1968 as a sergeant.

With the GI Bill, Mabe attended college at Forsyth Technical Community College and studied math at University of North Carolina. While working part-time at Sears during college, he met his future wife, Doreen, and the two married in September 1969.

After 32 years, Mabe retired as a manager at Sara Lee Branded Apparel and became a substitute teacher. Beloved by the teachers and students, Mabe gave the commencement address at Reagan High School in 2011, something he referred to as the “highest honor of his life.”

More information about Mabe’s story is at the Veteran’s History Project at: http://memory.loc.gov/diglib/vhp/story/loc.natlib.afc2001001.93323/