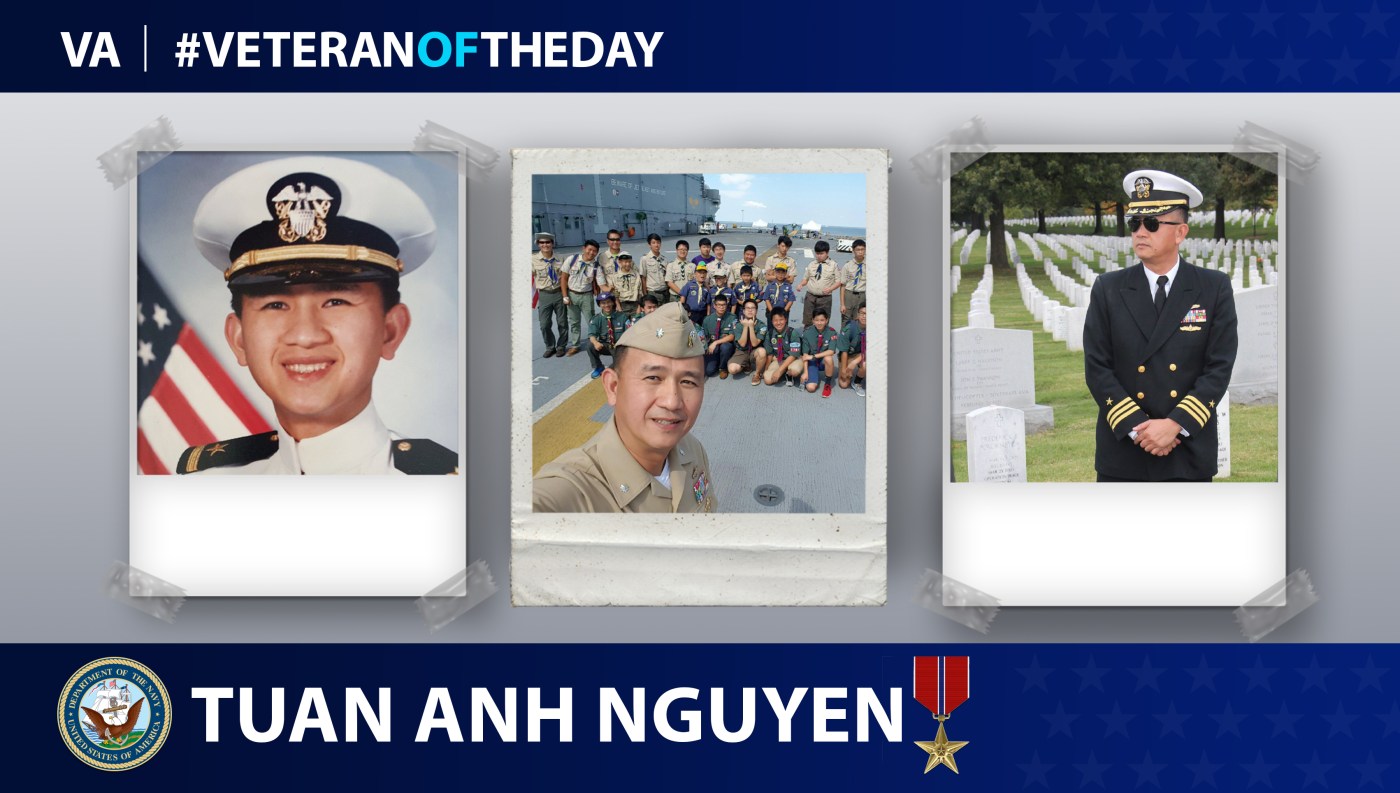 Today’s #VeteranOfTheDay is Navy Veteran Tuan Anh Nguyen who served 29 years and received a Bronze Star Medal during a deployment to Afghanistan.

Tuan Anh Nguyen attended Officer Candidate School in 1987 and subsequently the Surface Warfare Officer School in 1988. The Navy stationed him aboard the USS Peterson (DD-969) from 1988 to 1990. He was then assigned to become the executive officer at the Naval Readiness Center in Memphis, Tennessee. He earned his degree at Naval Postgraduate School and went on to be a part of the Atlantic Intelligence Command. Nguyen was also a member of the Defense Intelligence Agency from 2000 to 2002, after which he was deployed to Operation Enduring Freedom in Afghanistan in 2004. One of his last tours included being a part of Fleet Forces Command from 2011 to 2015.

After retiring from service, Nguyen began working as an Information Technology Project Manager at the State Department in October 2015. In his personal life, he married his college sweetheart and had two sons. During his free time, Nguyen volunteers as a counselor as well as gives back to his local Vietnamese community. Recently, Nguyen worked to reunite two Sailors who had not seen each other in 46 years.