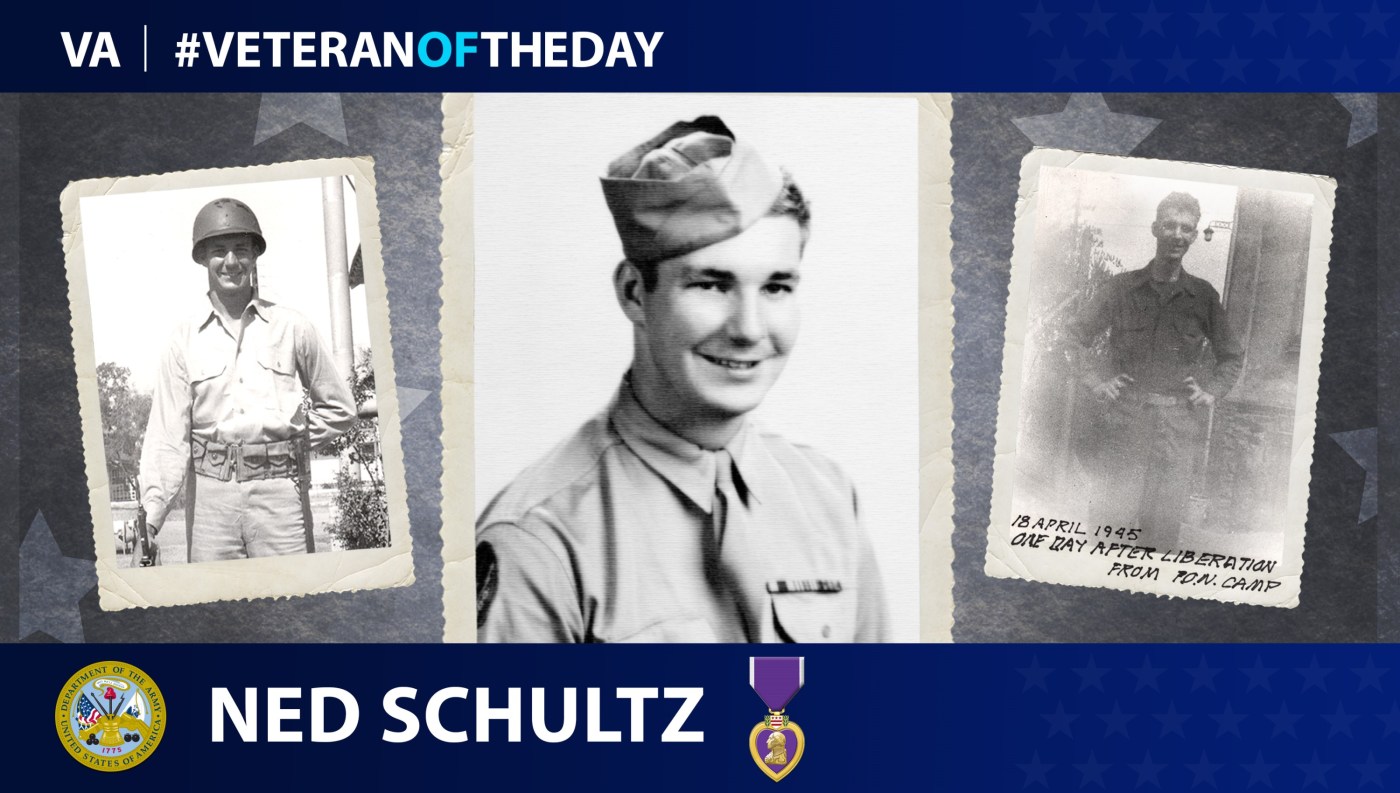 Today’s #VeteranOfTheDay is Army Veteran Ned Schultz, who earned a Purple Heart and was a prisoner of war during World War II.

Ned Schultz was 19 years old when he joined the 106th Division in April 1944. His division joined forces with the British in Manchester, England early in December 1944 before moving on to France. On Dec. 16, 1944, the Battle of the Bulge began. Schultz acted as Capt. Renata Spadola’s runner throughout the battle. Later on during the fight, Spadola ordered Schultz to fall back after delivering a message for him. Before he could do so, German soldiers captured Schultz and part of the 106th Division. He worked on railroads at Stalag Oerbke until he could not work any longer. The Germans then sent Schultz to Reishenburg to recover.

It was around midnight when the 89th Division attacked the camp at Reishenburg. The attack lasted about six hours before Schultz and the 106th Division were liberated April 17, 1945.

In the morning, Schultz approached the 89th Division. The first question he asked was “do you have any food?” Nearby was a soldier who had recently received a Christmas package from his mother. He offered Schultz the contents of the package expect the socks.

After he was rescued, Schultz was sent to Paris to wait. He was in Paris for 30 days before he was finally able to head back to the States. Despite being well enough, he was told to get on a stretcher in order to be sent home. He arrived home Dec. 7, 1945, after being discharged from the Army.

Schultz received a Purple Heart, a Prisoner of War Medal, the Good Conduct Medal, and the Combat Infantry Badge.

We thank you for your service!