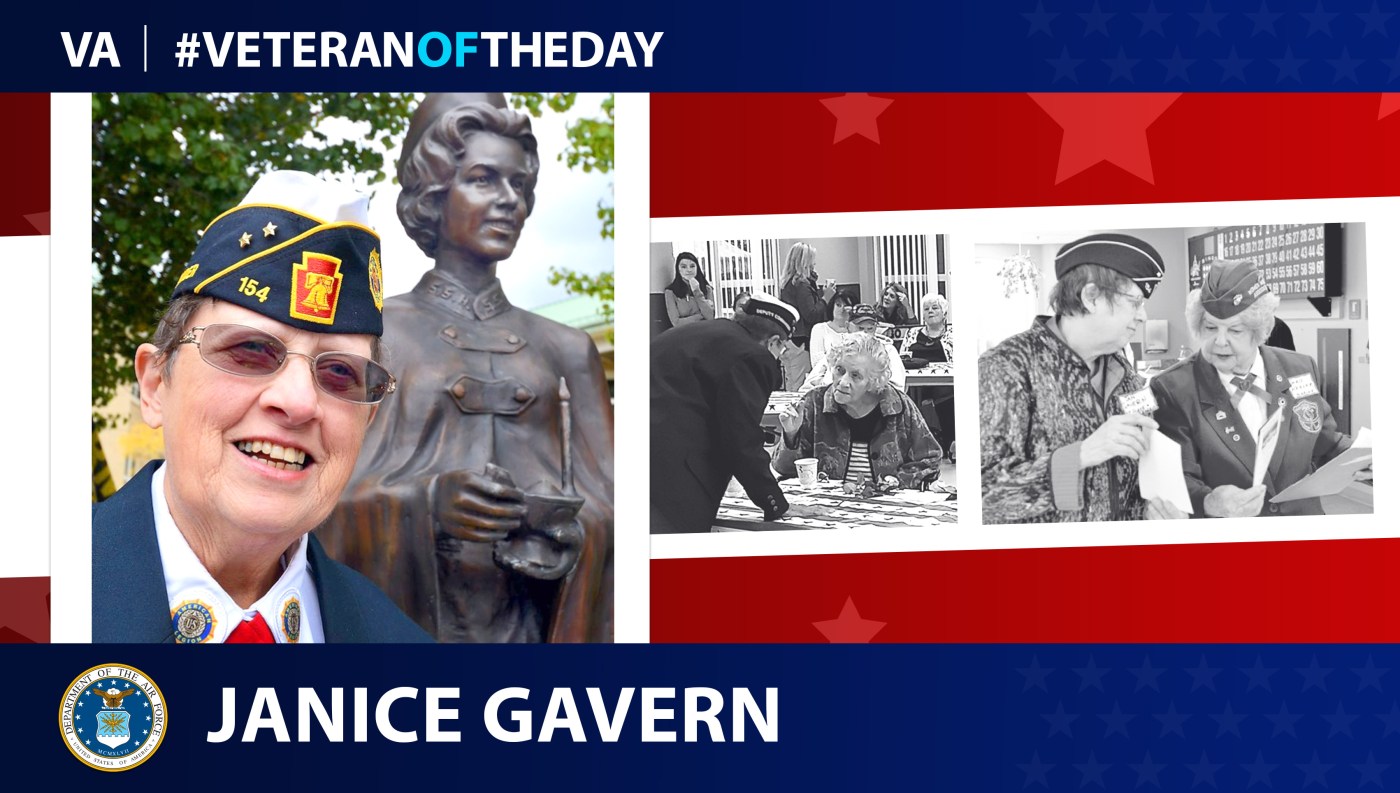 Today’s #VeteranOfTheDay is Air Force Veteran Janice Gavern, who is committed to Women Veterans Issues through her work with the American Legion.

Born and raised in Scranton, Pennsylvania, Janice Gavern enlisted in the Air Force upon graduating from South Scranton Central Catholic High School in Pennsylvania. After four years spent on active duty, she joined the Air Force Reserves, serving another 22 years.

Gavern went from airman basic to technical sergeant, then later received a commission through the Deserving Airmen Commissioning Program. She then became a second lieutenant and aircraft maintenance officer. Gavern worked her way up to major, at which point she was medically released. She retired as a captain.

She continues to serve her country as the deputy commander for Women Veterans Issues at the 15th District American Legion Department of Pennsylvania. Gavern is also the historian for Gardner Warner American Legion Post 154 in Montrose, Pennsylvania. Additionally, she is the acting historian for Gladys Watkins American Legion Post 550, which once existed in Scranton. She hosts a Woman Veterans and Friends Afternoon Tea at Gino Merli Veterans Center in Scranton, where she honors service for women veterans and residents of the facility.