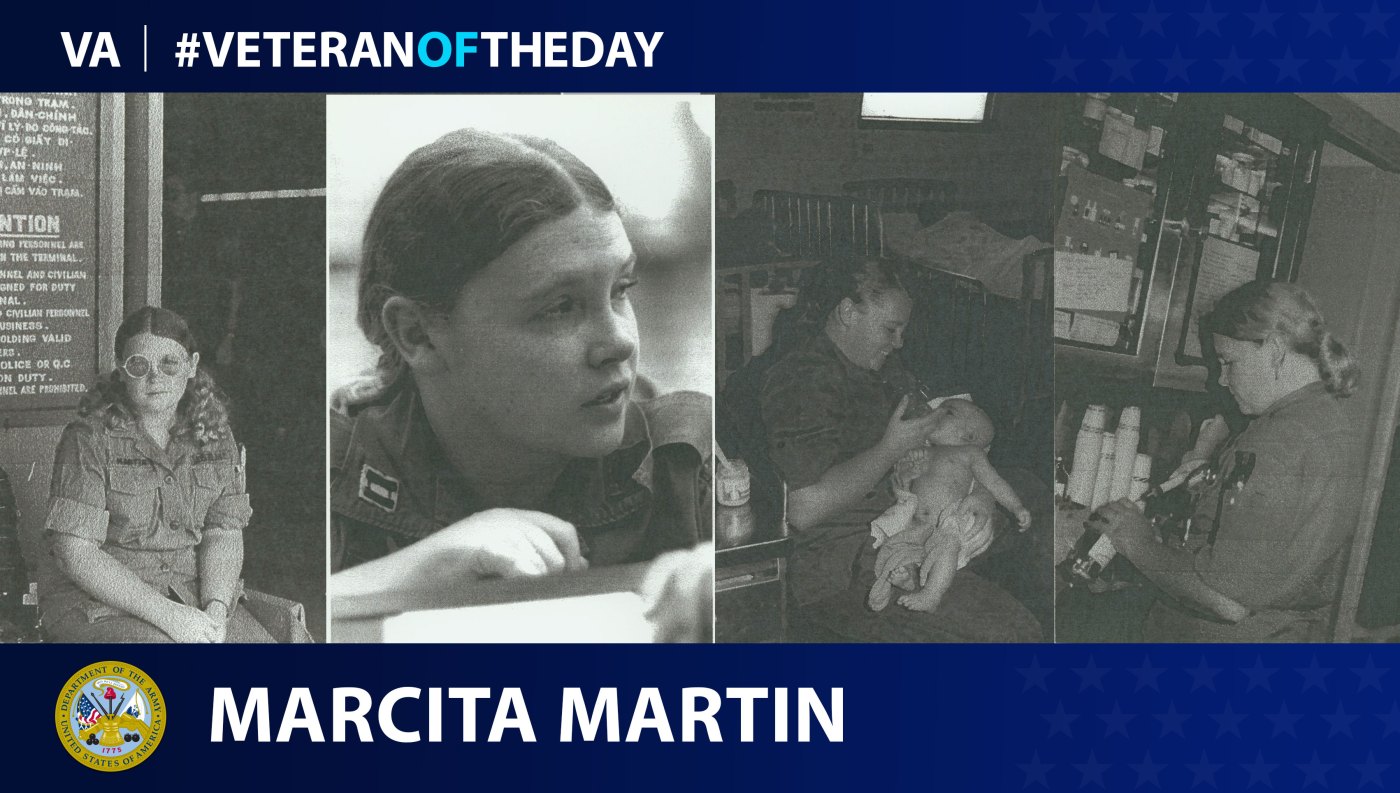 Today’s #VeteranOfTheDay is Army Nurse Corps Veteran Marcita Ann Martin, who served from 1967 to 1972 during the Vietnam War.

Marcita Martin wanted to be a nurse. She joined the Army, which paid for her training. The Army paid for the last two years of Martin’s nursing school and gave her a salary to cover living costs. She graduated as a second lieutenant and went to Fort Sam Houston for basic officers training.

Martin served a year in Vietnam with the 95th Evacuation Hospital, in Da Nang. A day after landing, she started at the hospital’s 50-bed unit head injuries and ear, nose and throat problems. She worked 12-hour shifts and received one day off a week.

While Martin was at the hospital, she knew she was close to combat. She often would go outside and see tracer bullets flying overhead. On a few occasions, grenades had been lobbed over the fence and landed near where she was working. After a while, Martin transferred to a dermatology unit. She was just one of only two nurses, which required long hours and no days off.

Martin returned to the United States around Labor Day in 1971. At first, she had trouble adjusting. Stateside, she became the head nurse of the surgical unit at Fort Eustis. The Army discharged Martin in 1972. She went to work at a civilian hospital, but again had trouble adjusting. She then worked for a hospital, then known as Veterans Administration. More of her story can be found at: http://memory.loc.gov/diglib/vhp/story/loc.natlib.afc2001001.05583/.