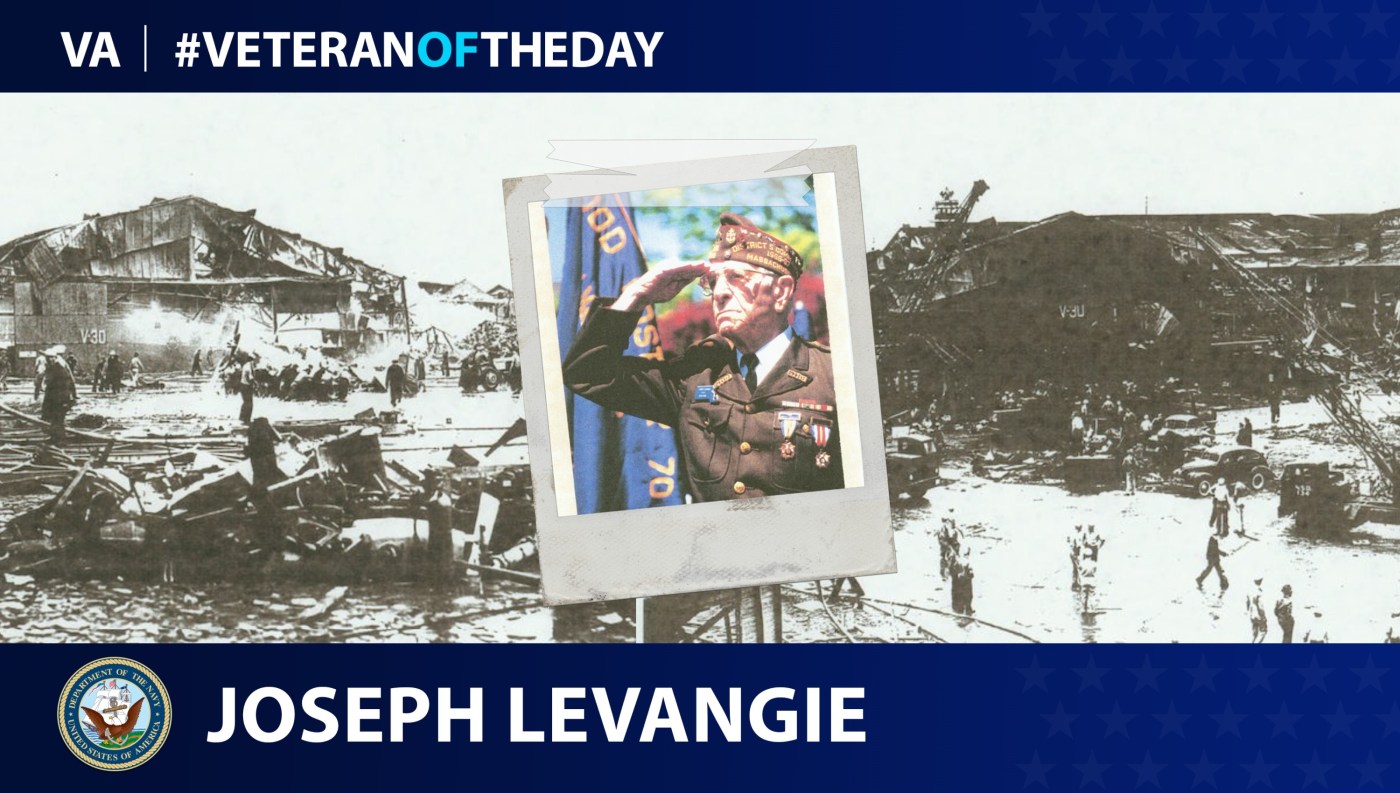 Today’s #VeteranOfTheDay is Navy Veteran Joseph B. Levangie, who served as a 20-millimeter gunman during World War II from 1942 to 1945.

Joseph Levangie wanted to serve his country, and he wanted to get overseas as quick as possible. He chose the Navy because he loved ships, the water and the ocean.

Levangie learned semaphore and Morse Code in basic training. It’s also where he learned how to string hammocks, which is how he slept while in boot camp. After basic training, the Navy sent him to Norfolk, Virginia, for amphibious training. The Navy then sent Levangie to Baltimore, Maryland, to a recently commissioned ship, the USS Tasker H. Bliss. On the Bliss, he returned to its home port in Norfolk.

After fitted with equipment and troops, the Bliss set sail for Morocco. Levangie was a 20-millimeter gunman. There it sat, awaiting orders, when a group of ships in port came under attack by torpedoes. One sank within an hour. The next day, a German wolfpack of submarines torpedoed three more ships, including the Bliss. Levangie’s ship listed to the side and then caught fire. That’s when he was ordered to abandon ship, so he jumped off and swam to a lifeboat. Everyone that survived the attack returned to Norfolk, where they received a 20-day leave.

The Navy discharged Levangie in 1945. He joined the American Legion and the Veterans of Foreign Wars, eventually becoming post commander. He died in 2012. More of his story can be found at: http://memory.loc.gov/diglib/vhp/story/loc.natlib.afc2001001.03254/.