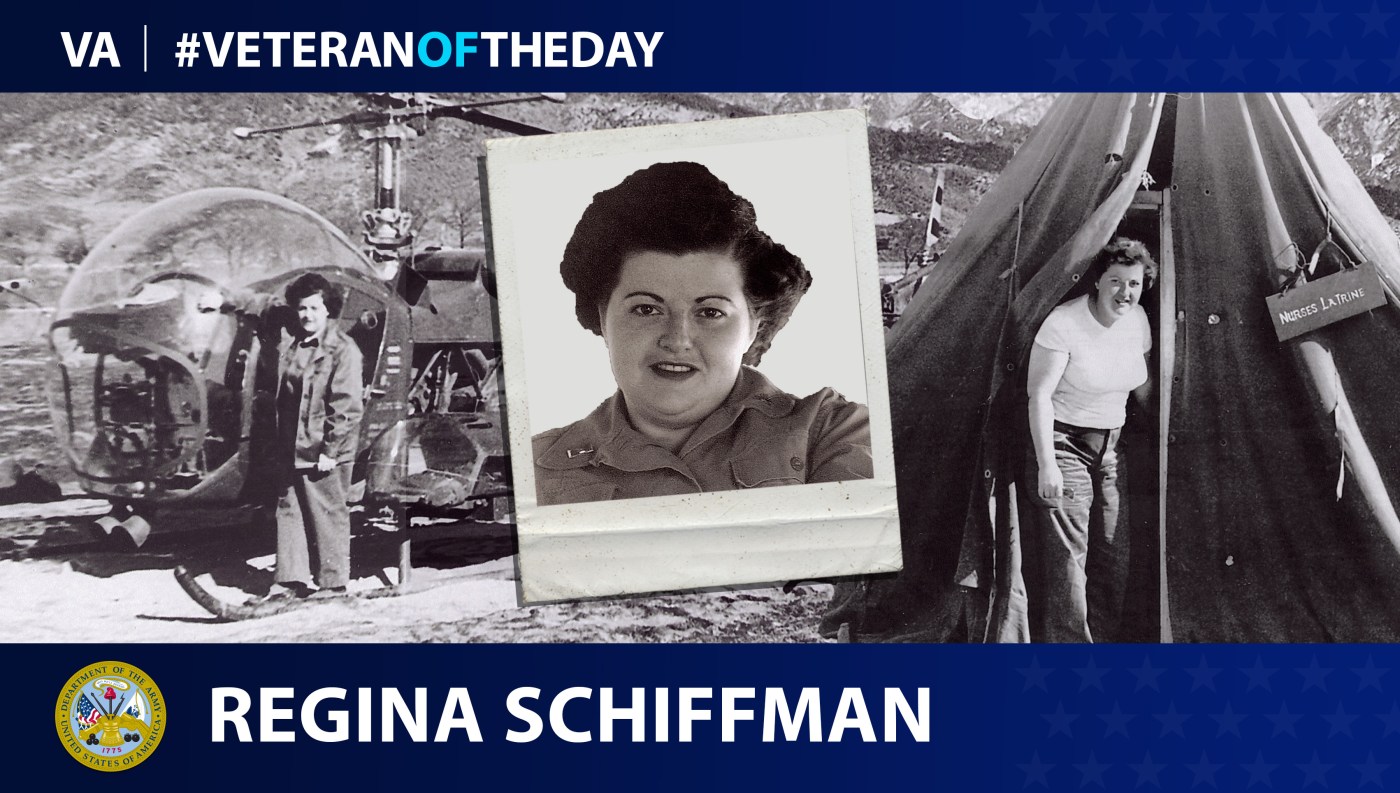 Today’s #VeteranOfTheDay is Army Veteran Jean Schiffman, who served as a nurse for 21 years, including during the Korean War.

Jean Schiffman grew up in Philadelphia, Pennsylvania. After graduating high school, began a three-year nurse training program at Hahnemann Hospital School of Nursing, which is now Drexel University’s College of Nursing and Health Professions. After completing the program and qualifying as a registered nurse, Jean began work at New York-Presbyterian Hospital in New York City.

In 1949, Jean joined the United States Army Nurse Corps and received basic training at Fort Sam Houston, Texas. In 1951, Jean deployed to Korea with the 8063rd Mobile Army Surgical Hospital. There, she served as an operating room nurse and was responsible for assisting Army surgeons and injured U.S. service members.

Regarding her time in Korea, Schiffman said:

“Our hospital was a tent, initially — later they put it into a frame — but it was a tent with just canvas over the dirt for the floor. We had a potbellied stove in there. The patients we had—the stretchers were brought in, we put on horses; we didn’t have operating room tables. Our enlisted personnel were really great and they devised an actual scrub sink. They had a big tank outside where they heated water and we could actually scrub with not ice cold water for surgery. Our living was really hard. In the winter time, you’d wake up in your sleeping bag and we slept on cots with sleeping bags and looked up and there were icicles because our potbellied stove line would be frozen and no heat. Then we didn’t want to get out of the sleeping bags because then we had to go to the latrine. It’s a tent where the seats would be frozen. That’s a wild, bad awakening in the morning. Really got you going, though.”

After serving four years at Brooke Army Medical Center, Schiffman completed her bachelor’s degree in nursing. She later served in Japan and Fort Benning, Georgia, where she taught nursing until she retired from the U.S. Army in 1970 at the rank of lieutenant colonel. For exceptional dedication throughout her service, she earned the Meritorious Service Medal.