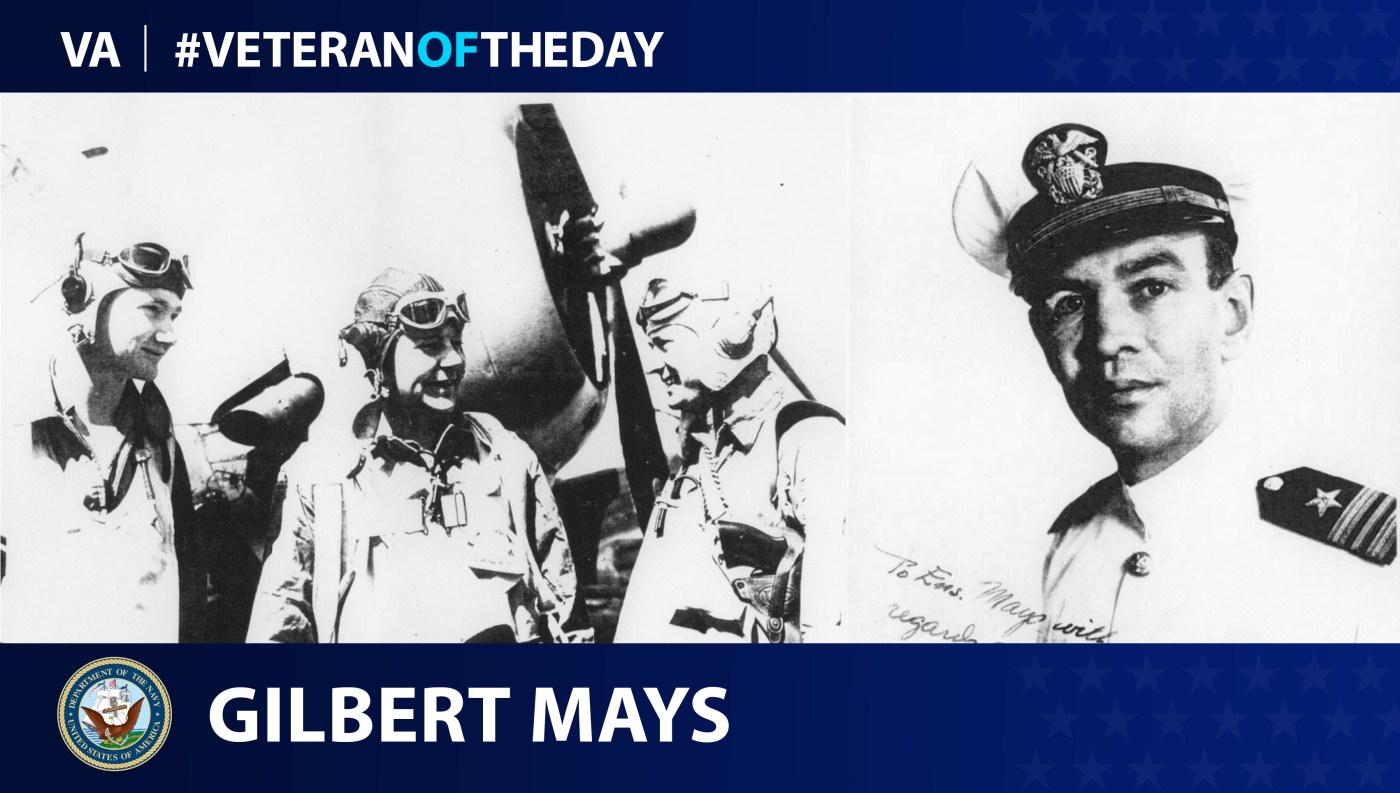 Today’s #VeteranOfTheDay is Navy Veteran Gilbert C. Mays, who served as a pilot in the Pacific during World War II from 1942 to 1945.

Gilbert Mays had recently finished college and was working to save money to further pursue his education when World War II broke out. He decided to enlist instead of waiting to be drafted. Mays’ father served in World War I as an infantryman. He told May how tough it had been, so May decided to try out the Navy. He went through flight training solo for the first time on April Fool’s Day in 1942. May soon became an aviation cadet and then went to Florida for advanced training. He then had to land eight carrier missions in order to qualify and become commissioned as a pilot assigned to an air group.

After Mays finished his training, the Navy assigned him to a ship in Hawaii. He then went to Tuvalu for a couple months after the Marines took the island. Mays saw the landing craft on the beaches riddled with holes from the invasion.

He had his first combat experience in February 1944. Mays’ target was a couple of Japanese destroyers, and he went over the ships and tried to drop the bombs. However, he set his indicator to torpedoes so nothing happened. He turned around and took another shot at it and was able to strafe one of the destroyers.

On a later mission, Mays was able to get a couple hits on a Japanese cargo ship. He also made the 13,000th landing on his ship, and the cook made his crew cake to celebrate. The Navy discharged him in 1945, so he decided to further his education.