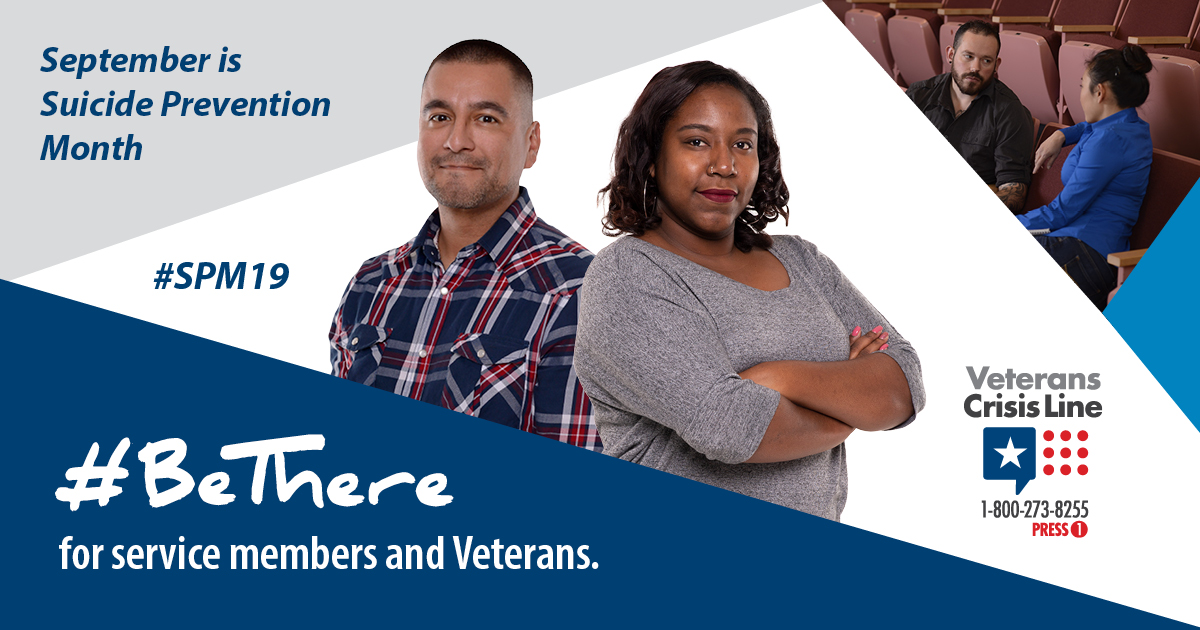 Dr. Carla Stumpf-Patton’s work around suicide prevention and postvention is more than a job. It’s personal.

Stumpf-Patton is the surviving spouse of Marine Sgt. Richard Stumpf. He was a Gulf War-era combat Veteran who died by suicide in 1994, several days before their only child was born.

She now serves as the senior director of Suicide Postvention Programs for TAPS, or Tragedy Assistance Program for Survivors. Her message to Veterans and military members is clear: comprehensive postvention care is a key to prevention.

“When we’re talking about suicide, people should know prevention, intervention and postvention are all very interrelated,” she said. “Comprehensive postvention care is a key to prevention of future suicides.”

Suicide postvention is how group members come together in response to a death by suicide. Postvention is critical because it’s a stabilization period for survivors, putting them on a healing path, she said. People can talk through complicating factors with the assistance of peer-based support, as well as professional help and clinical care when needed.

The TAPS Suicide Postvention Model provides hope and healing to suicide loss survivors through a three-phase approach that includes Stabilization, Grief Work, and Post-traumatic Growth. Stabilization focuses on identifying and addressing suicide-specific issues that may complicate the grief journey. Grief work is the process of moving away from how loved ones died and then rebuilding relationships with them that focus on how they lived and served. Post-traumatic growth is the process of finding meaning from the loss.

Stumpf-Patton said Veterans and service members who have endured the loss of a battle buddy to suicide can be at increased risk when they are not offered quality postvention care. She said their first step should be to seek help.

“We know that after a suicide death, there can be a ripple effect within the community of all those who are impacted,” she said. “The aftermath and devastation of loss can be felt deep, far, and wide. A suicide affects family, friends and colleagues.”

She said Veterans and military members should not push down or brush aside their grief. People should reach out for help because those emotions are valid.

“It is equally important for people to be watching out for one another,” she said. “There are times when those who might be struggling, or perhaps having an emotional crisis, may not able to reach out or ask for help. It’s imperative we are paying attention to one another and asking directly about suicide if we see concerns in those around us.”

Grief is a wound

She said grief should be taken care of because it’s a wound.

“Just as you would with a physiological wound you sustained, a traumatic loss deserves the same type of care,” she said. “Grief isn’t always acknowledged as something that needs care, but it can be a deep, complex emotional wound. People should address that and get the quality care they need. We can all remind those around us that they are not alone in their struggles, as well as offer a variety of options where people can seek out the care they may need.”

Stumpf-Patton said her loss impacted her so profoundly that it became her personal and professional calling. She was 24 when she lost her husband to suicide. She later became a licensed mental health clinician, joining TAPS in 2008. As a long-time survivor, she said programs exist now that did not when she suffered the death of her husband. She said seeking help is the first step to overcoming and healing after tragedy and traumatic loss.

TAPS has served more than 13,500 survivors grieving the suicide loss of a military loved one. Through this crucial work, TAPS has developed a highly successful best-practice method of support.

TAPS offers compassionate care to all those grieving the loss of a loved one who died while serving in the Armed Forces or as a result of his or her service. Since 1994, TAPS has provided comfort and hope 24/7 through a national peer support network and connection to grief resources. These services are all at no cost to surviving families and loved ones. TAPS has assisted more than 90,000 surviving families, casualty officers and caregivers.

For more information and resources related to TAPS, visit www.taps.org/bethere.

If you or someone you know is having thoughts of suicide, contact the Veterans Crisis Line to receive free, confidential support and crisis intervention available 24 hours a day, 7 days a week, 365 days a year. Call 1-800-273-8255 and Press 1, text to 838255, or chat online at VeteransCrisisLine.net/Chat.