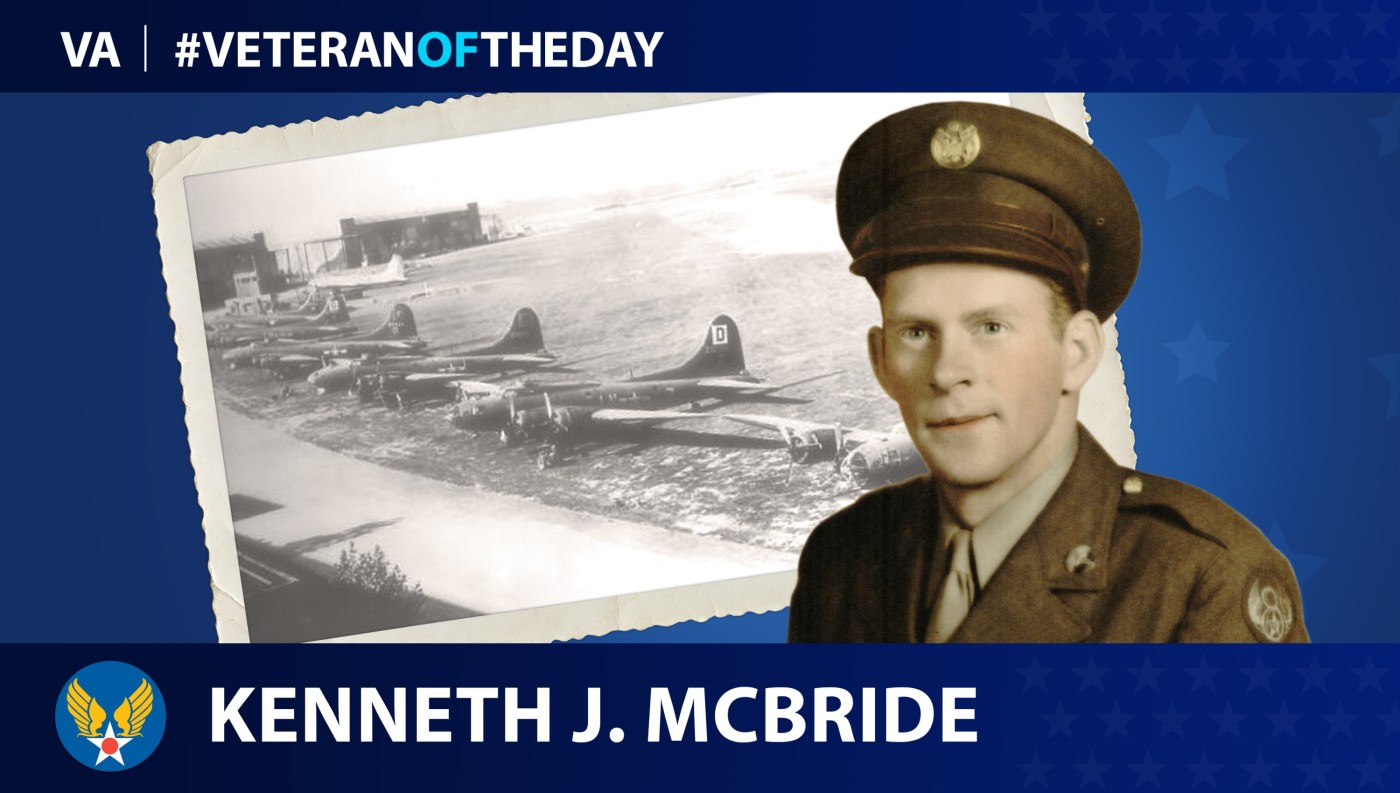 Kenneth Joseph McBride began his service in the Army Air Corps in 1941. He later became an airplane armorer and achieved the rank of staff sergeant.

After the War, McBride went on to work for the U.S. Post Office Department, which later became the U.S. Postal Service. He passed away in 1978 at the age of 70.