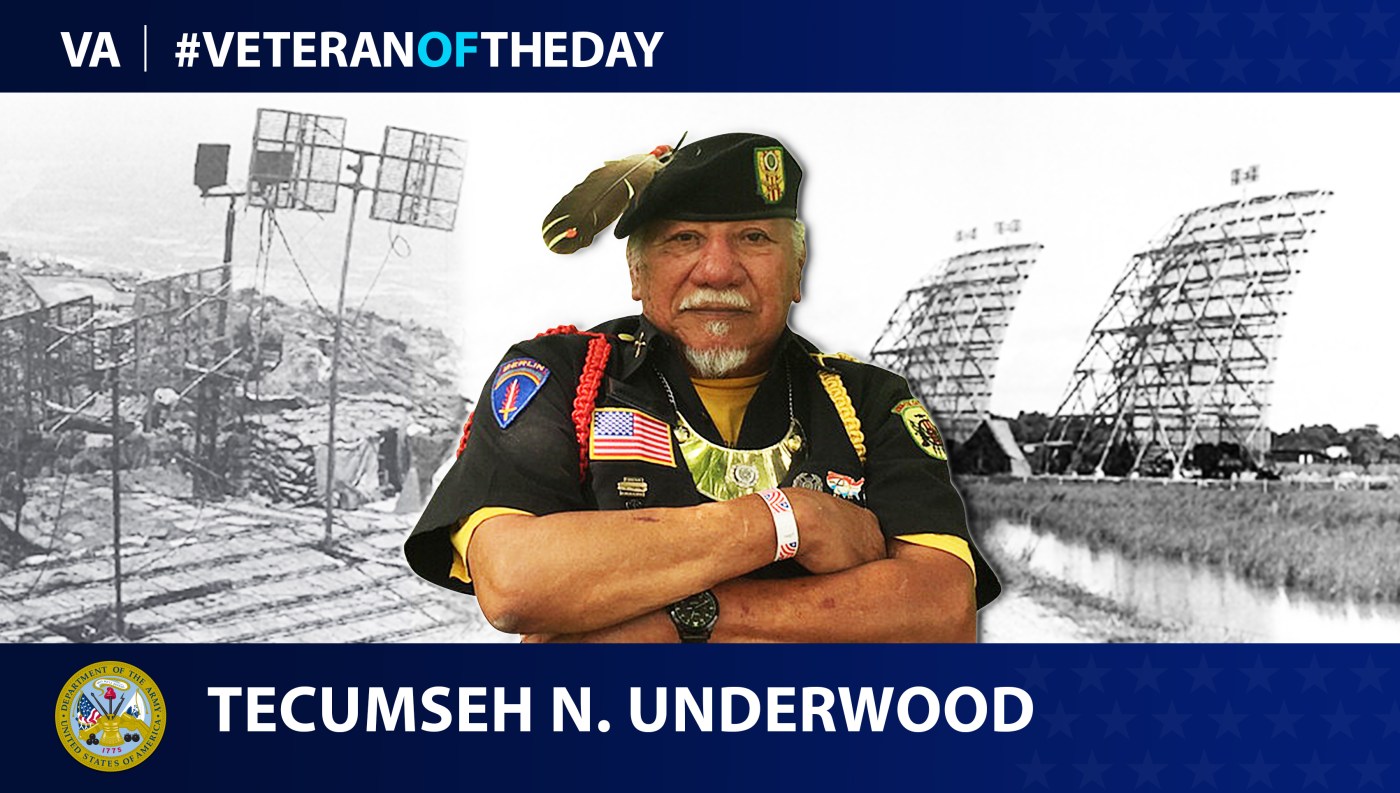 November is Native American Heritage Month. In honor of Native American Veterans, today’s Veteran of the Day is Tecumseh Nathaniel Underwood, who grew up in a large family in the Seminole Tribe of Oklahoma.

After graduating high school, Underwood enlisted in the Army and joined the 592nd Signal Company. His family’s long history of military service motivated Underwood. Though a hard decision, Underwood knew from an early age that he wanted to serve in the military. He completed boot camp at Fort Polk and credited hunting for helping him adjust. His time as a baseball catcher in high school prepared him for the grenade range. After boot camp, Underwood went to Fort Belvoir to complete advanced infantry training.

Underwood served as a radio operator in West Berlin, the furthest he had ever been from home. He was in West Berlin barely 20 years after World War II and observed the ongoing reconstruction as well as the beginning of the Berlin Wall.  His barracks were near a fence portion of the wall where they watched the Russian troops in East Berlin. Years later, Underwood would watch the destruction of the Berlin Wall on television and feel proud to have been a part of the history behind it.

As a radio operator, he found himself in a world far larger than West Berlin.  He dealt with communications throughout regions involved in the Cold War, including tensions from the growing conflict in Vietnam. After hearing the need for radio operators in Vietnam, Underwood applied for transfer, aware of the risk, but was denied.  After returning to the United States, the Army discharged him as a private first class.

One thing Underwood said he wants people to remember from his story is the End of the Trail statue. His military service had shown that the trail is not over, and he was capable of anything.

More can be found about Underwood’s story at the Veteran’s History Project at http://memory.loc.gov/diglib/vhp/bib/loc.natlib.afc2001001.107900