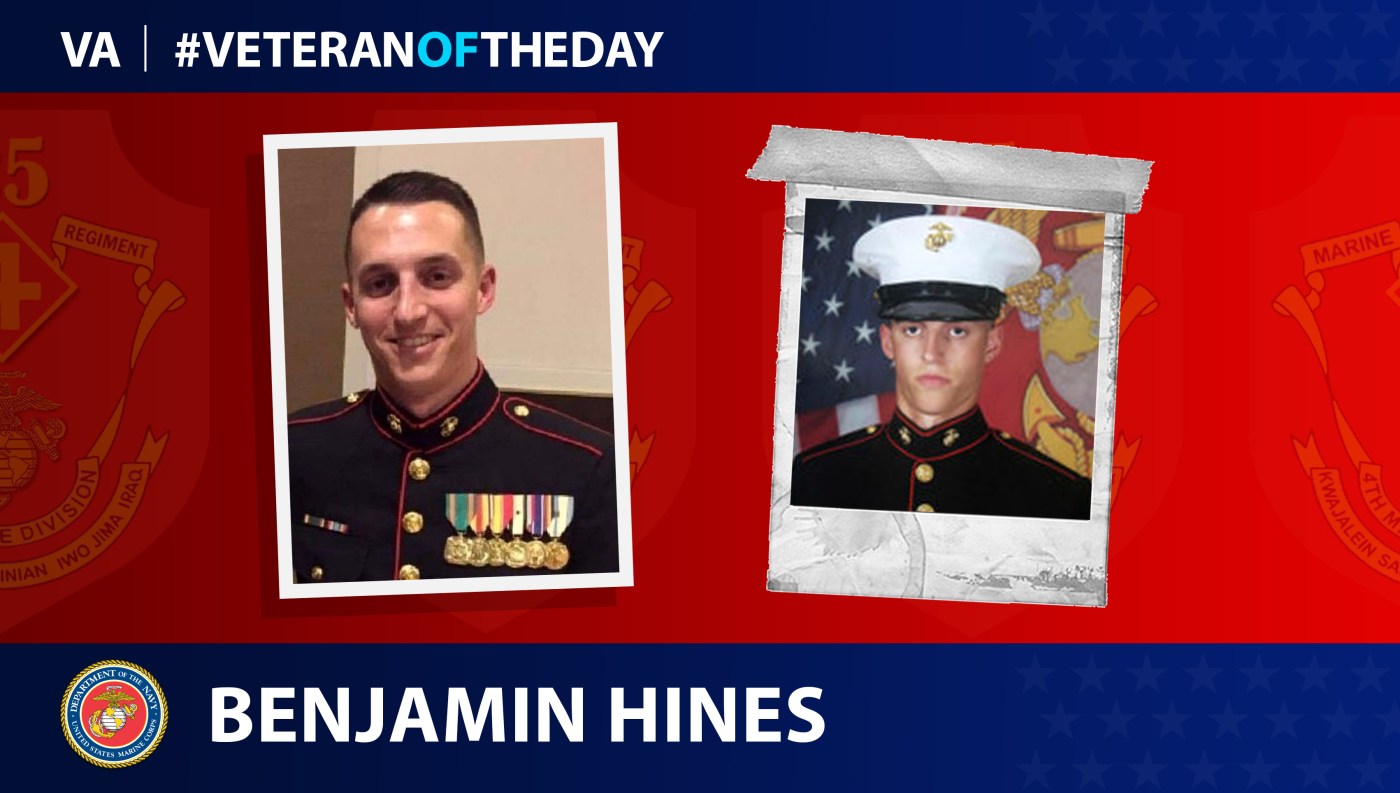 Today’s #VeteranOfTheDay is Marine Veteran Benjamin S. Hines, who served in the United States Marine Corps from 2006 to 2019.

Benjamin Hines was a member of the U.S. Marine Corps Junior Reserve Officers’ Training Corps (JROTC) at Dallastown Area High School outside of York, Pennsylvania. He joined the Marine Corps in October 2006 after graduating.

Hines deployed to Iraq from September 2008 to April 2009. In June 2018, Hines deployed to Georgia, where he spent two months outside of Tbilisi training Georgian soldiers as a part of NATO’s Resolute Support Mission. He then deployed to Afghanistan in October 2018, assigned to the 25th Marine Regiment, 4th Marine Division, Marine Forces Reserve.

Hines received more than a dozen awards and decorations during his tours of duty, including the Navy and Marine Corps Achievement Medal, Afghanistan Campaign Medal, two Iraq Campaign Medals, and a meritorious mast.

Friends and family described Hines as optimistic, humorous, and a natural leader. Fellow Marines described his love for jokes and movie impressions. His mother recounted that when Hines was two years old, he proclaimed that he would someday be a Marine, having been influenced by his grandfather’s stories.

Hines died in a car bombing while on duty near Bagram Airfield April 8, 2019. He was survived by his mother, father, fiancée, six siblings, and military family.