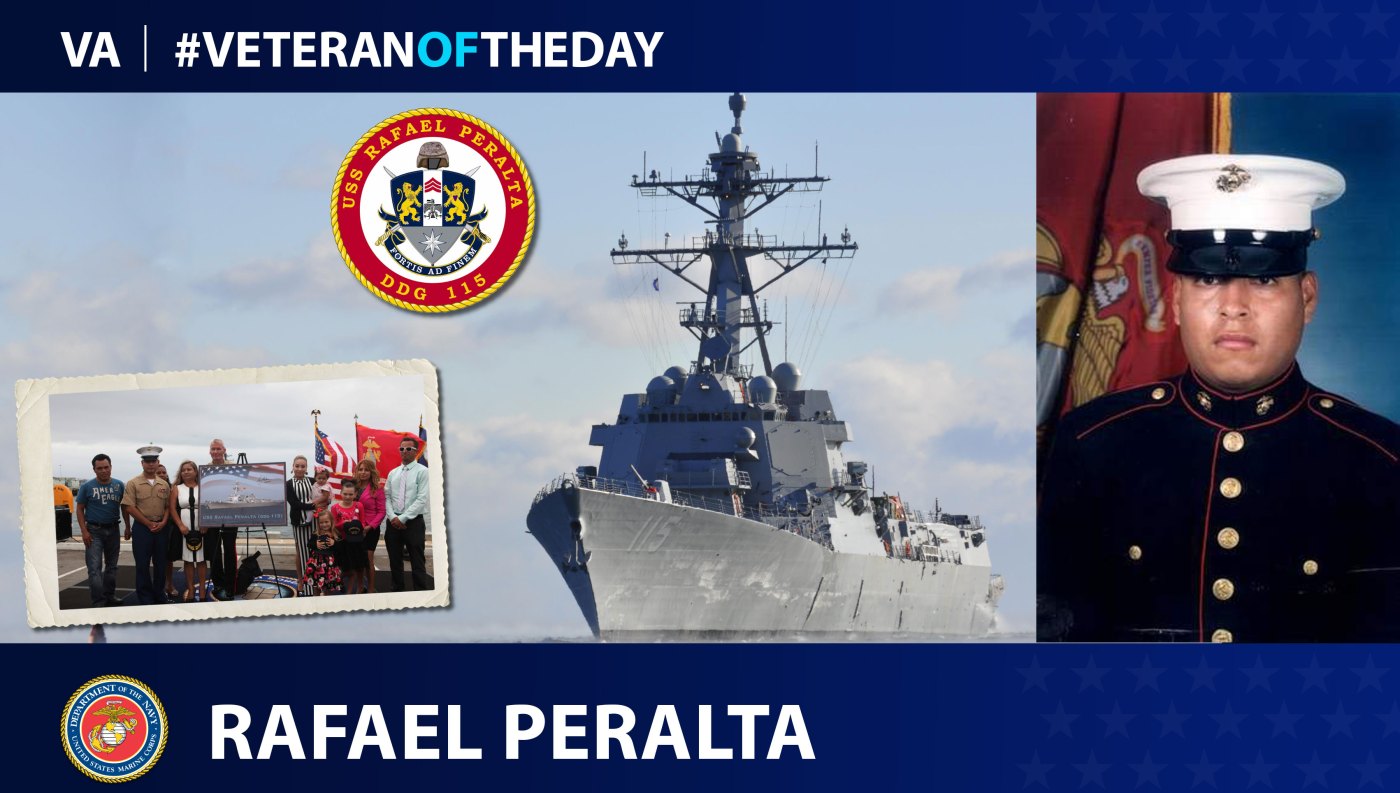 To celebrate the Marine Corps birthday, we honor Marine Corps Veteran Rafael Peralta, who gave his life during combat.

Peralta was born in Mexico City, Mexico, and eventually immigrated to the United States as an adolescent. After graduating high school in 1997, he attended San Diego City College to further his education. Peralta wanted to become a U.S. Marine, but could not enlist until he had received his green card. Until then, Peralta served in the California Conservation Corps.

He finally became a permanent resident of the United States in 2000, immediately joining the Marine Corps. He attended boot camp at the Marine Corps Recruit Depot in San Diego. During his service, Peralta earned his U.S. citizenship.

On Nov. 15, 2004, Peralta was a part of a combat tour supporting Operation Al Fajr in a city by Fallujah, Iraq. During combat, he was shot and mortally wounded. While his squad continued to fight, the enemy threw a grenade; it came to rest near Peralta’s head. Peralta reached out and pulled the grenade to his body, absorbing the brunt of the blast and shielding fellow Marines only feet away. Peralta succumbed to his wounds.

The Navy awarded Peralta a Navy Cross, Purple Heart and a Combat Action Ribbon for his courageous actions. His mother, Rosa Peralta, accepted the awards. Peralta’s actions inspired not only his fellow Marines but his family as well. Peralta’s brother, Ricardo, enlisted in the Marine Corps in 2010 as an infantryman to follow in his brother’s footsteps.

On July 29, 2017, the Navy commissioned USS Peralta, an Arleigh Burke-class guided-missile destroyer to honor his memory. Peralta’s mother donated his Navy Cross, and it resides aboard the ship as a constant reminder of his service.