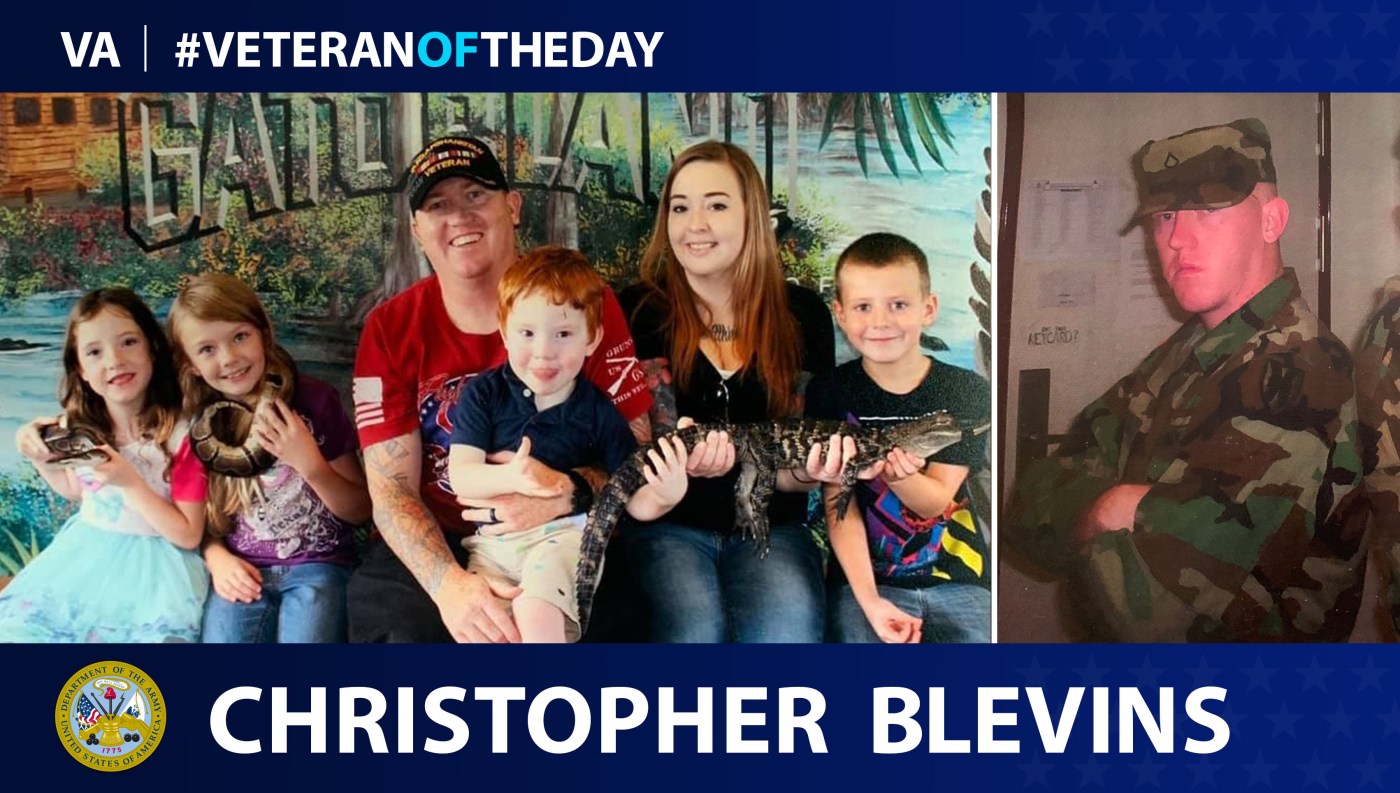 On Sept. 29, 1899, 13 Spanish-American War Veterans formed the American Veterans of Foreign Service, which became the modern-day Veterans of Foreign Wars. Their mission then was to foster camaraderie among United States Veterans of overseas conflicts; to serve Veterans, the military and its communities; and to advocate on behalf of all Veterans. This is the story of one of those Veterans.

Christopher Blevins joined the Army in 2003 as a military policeman. During his active duty service, the Army stationed him at Mannheim, Germany; Fort Leonard Wood, Missouri; Stuttgart, Germany; and Fort Meade, Maryland. Blevins deployed to Afghanistan from March 2006 to March 2007 and to Iraq from January-September 2009, earning him VFW eligibility.

While stationed at Fort Meade, Blevins trained and operated the 911 Emergency Call Center, responding to emergency police, fire and medical dispatches. He also served as a patrol supervisor at Fort Leonard Wood, Stuttgart and Fort Meade. One of his most notable accomplishments was notifying authorities to thwart a cyber attack that threatened communications and information.

After leaving active duty, Blevins served as a civilian police officer at JBSA-Randolph, Texas. He currently is a letter carrier in Seguin, Texas, and a student at University of Texas-San Antonio. He’s pursuing a degree in politics and law with a goal of attending law school to focus on family law.

In July 2019, Blevins spoke at the 120th VFW National Convention about what the VFW meant to him, and how its Unmet Needs program changed his life.

Do you want to light up the face of a special Veteran? Have you been wondering how to tell your Veteran they are special to you? VA’s #VeteranOfTheDay social media feature is an opportunity to highlight your Veteran and his/her service. It’s easy to nominate a Veteran. All it takes is an email to newmedia@va.gov with as much information as you can put together, along with some good photos. Visit our blog post about nominating to learn how to create the best submission.