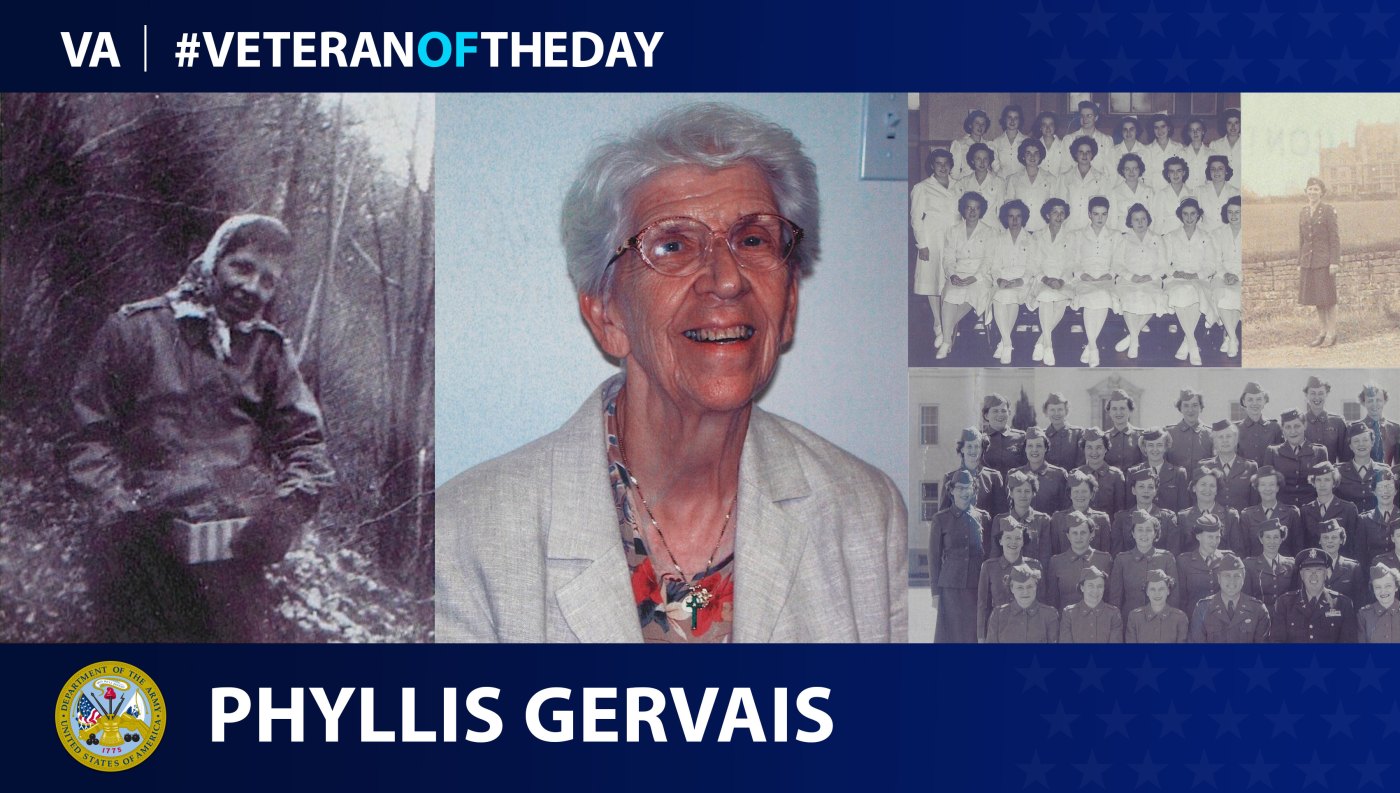 Today’s #VeteranOfTheDay is Phyllis M. Gervais who served in the Army Nurse Corps during World War II and the Korean War.

Phyllis M. Gervais was working as a student nurse when World War II began. “There were rumblings on the horizon, but I don’t think many people in America absorbed that least of all me,” Gervais said. She remembered just coming off a 12-hour shift when she heard the news.

“I was just numb, I don’t even remember having a reaction maybe because I was so tired,” she said. She decided to enlist in the Army in 1943.

By November 1943, Gervais’ unit went to North Africa, where they served in cities including Casablanca. During her service, Gervais said she learned that “when you jump into the thick of it, you better know how to do something. It seems like that in the service, you’re pushed into things you’re not prepare for and it’s almost like within days you’ve always done it.”

Gervais recalled traveling to Paris after the city was liberated in 1944 and dancing the night away with her friends. She came home to the United States in July 1945 but was soon sent to South Korea for the Korean War. While stationed there, she recalled meeting President Syngman Rhee the day before his inauguration in 1948. After leaving the service in 1955, Gervais kept correspondence with her friends from the service and attended several reunions in the 1960s.