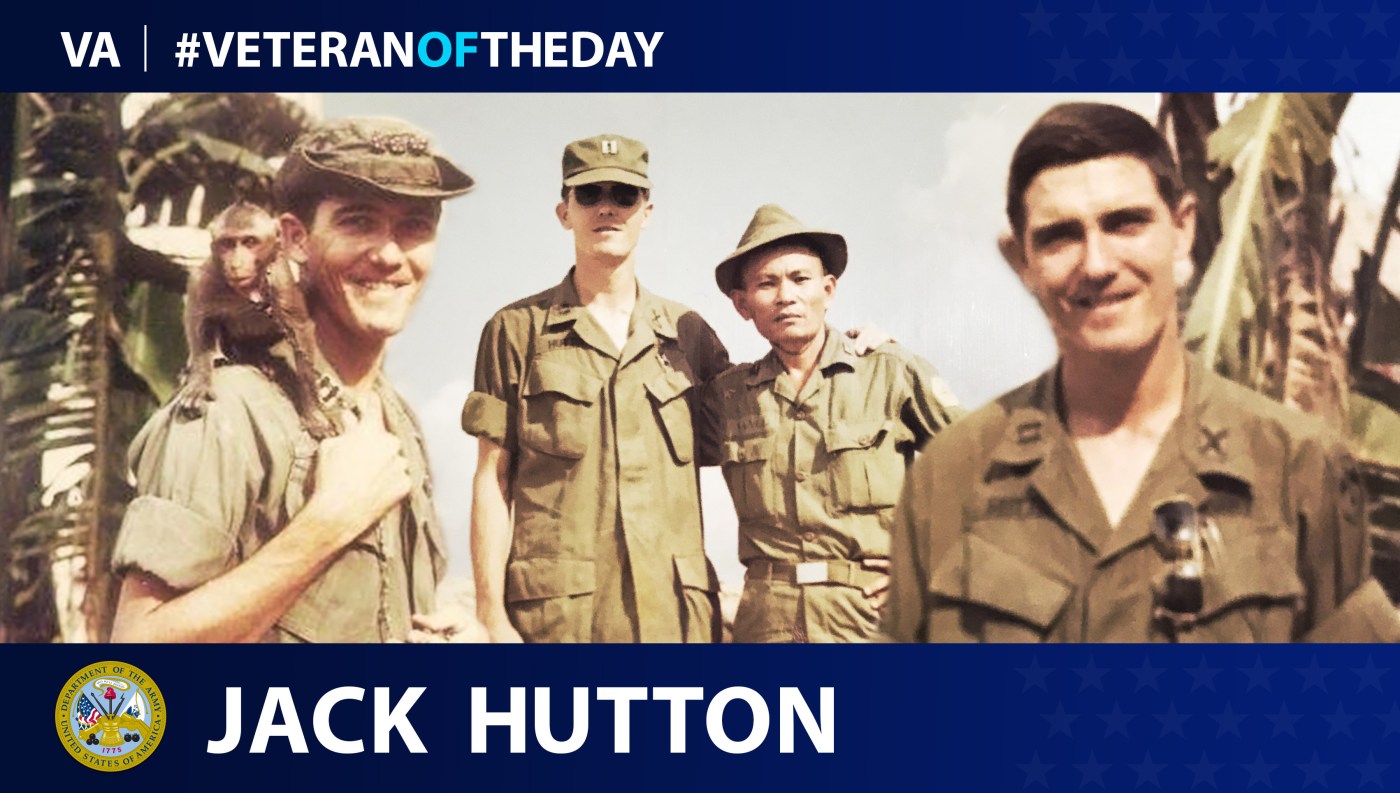 Born and raised in Oklahoma, Jack Hutton played baseball throughout his youth and was an award-winning newspaper delivery boy. He enlisted in the Army in 1960.

Hutton deployed to Vietnam in 1969, serving in Bien Hoa Province as part of Military Assistance Command-Vietnam, Lai-Thieu Advisory Team 91. MAC-V’s mission was “to assist the Government of Vietnam and its armed forces to defeat externally directed and supported communist subversion and aggression and attain an independent non-communist . . . South Vietnam functioning in a secure environment.” During the deployment, Hutton earned a Combat Infantryman Badge.

During Hutton’s career, the Army stationed him in England, Germany, Italy and Korea.

After retiring from the Army in 1981 as a captain, Hutton worked for the State of Oklahoma as director of the Oklahoma Medical Board. He also served as an inspector for the Bureau of Alcohol, Tobacco and Firearms. He passed along his service mindset to his son, who would become a career Army officer.

Army Veteran of the Day Vietnam