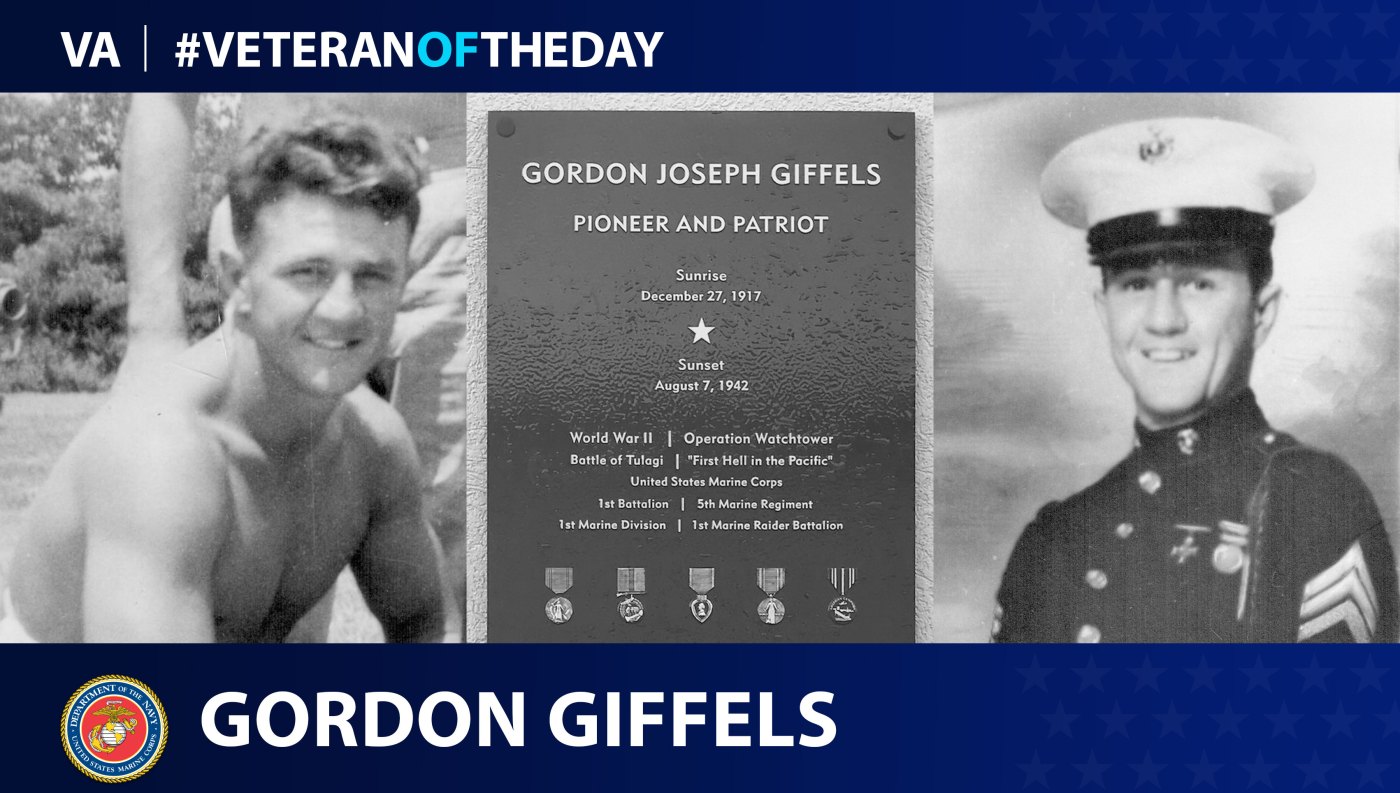 Gordon Giffels attended Boot Camp in 1938 in Parris Island, South Carolina, and trained at Quantico, Virginia. He earned the rank of sergeant and became a rifle squad leader.

Giffels deployed with the first group of Marine Raiders in World War II and participated in Operation Watchtower. As a member of the 5th Marine Regiment, he fought in the Battle of Tulagi in the Solomon Islands in 1942, later known as “The First Hell in the Pacific.” Giffels was recorded as being brave and resourceful, pioneering the foundational model for special forces in the U.S. military.

During his service, he received a Asiatic-Pacific Campaign Medal, a Marine Corps Good Conduct Medal, and a American Defense Service Medal. Soon after his death, Giffels’ high school celebrated the life and mourned the death of their first student killed in combat during WWII by renaming their football field in his honor.

In August 2019, a group in his hometown of Stroudsburg, Pennsylvania, erected a memorial in Giffels’ name. The memorial outlines his sacrifices and bravery. The town also rededicated the football field in his name. These serve as a reminder to inspire local students to be leaders in their school and in their community.