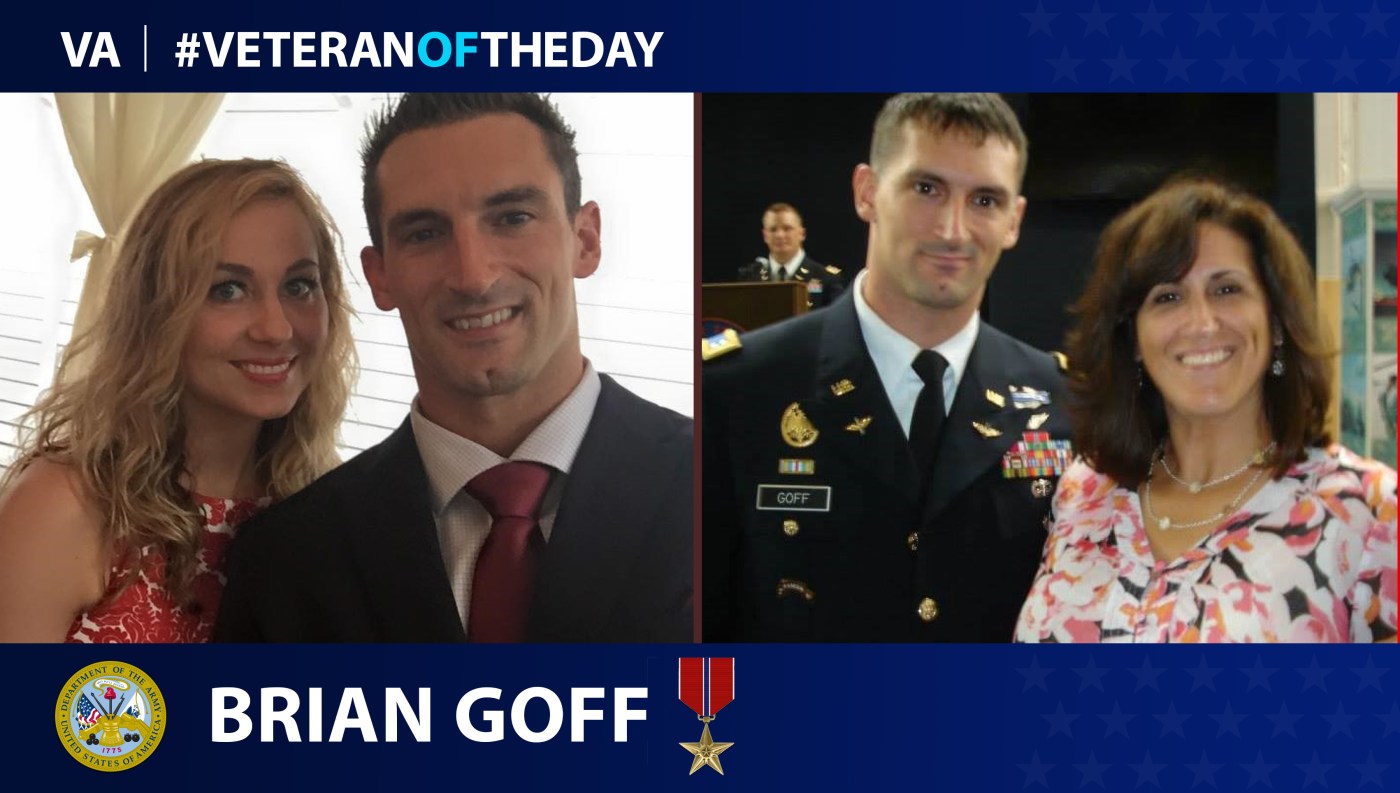 Today’s #VeteranOfTheDay is Army Veteran Brian Goff, who served with the 75th Ranger Regiment and as a Black Hawk helicopter pilot.

Brian Goff served as a member of a special operations team with the 2nd Ranger Battalion, 75th Ranger Regiment. He was as an Airborne Ranger and conducted over 200 counter-terrorism missions in support of Operation Iraqi Freedom in Iraq and Operation Enduring Freedom in Afghanistan. During this time, he was also trained and specialized in tactical operations and hand to hand combat, among various other skills. He later worked as an operations supervisor, where he was in charge of managing a team of 13 personnel. He also planned and supervised all operations for the command headquarters.

In 2012, Goff began working as an aviation chief warrant officer and was a Black Hawk helicopter pilot. He flew over 500 missions and directly advised the unit commander on all aspects of mission and training development.

Goff separated from service in 2018 and is currently an executive master of business administration student at Texas Christian University. He has plans of pursuing entrepreneurship after graduation.