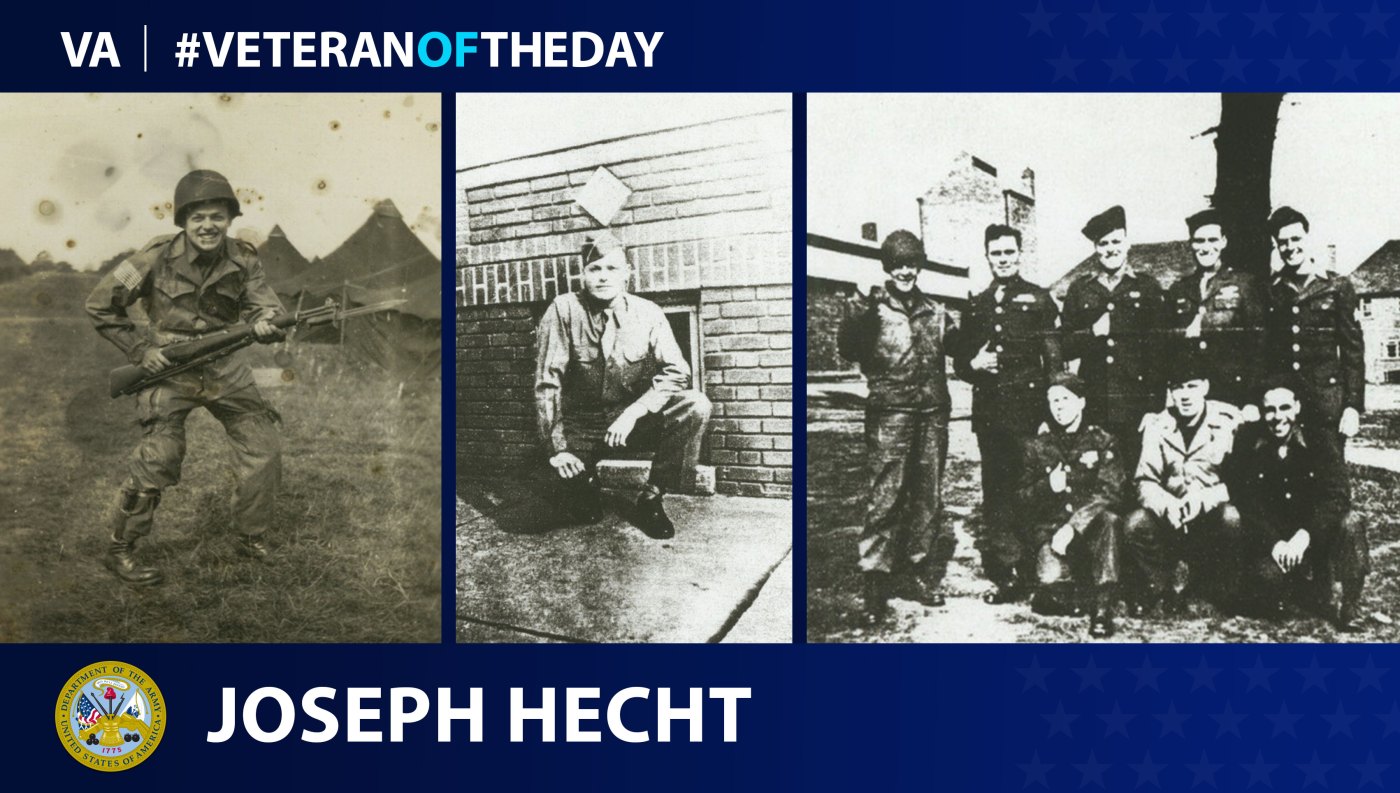 Today’s #VeteranOfTheDay is Army Veteran Joseph C. Hecht, who served in a glider infantry regiment in the Netherlands during World War II.

Joseph Hecht was drafted in 1942 shortly after graduating high school. The military randomly assigned draftees to a branch of service. Hecht was originally assigned to the Navy, but he managed to convince the officers in charge to switch him to the Army.

He completed basic training at Camp Gruber, Oklahoma, as part of the 42nd Infantry Division. He left the United States shortly after. Once he saw the airborne regiments in their uniforms in England, he knew he wanted to be a part of that regiment.

He transferred to the 325th Glider Infantry Regiment of the 82nd Airborne Division. His unit landed in the Netherlands Sept. 17, 1944. The 325th experienced high casualties as a result of the landing because the Germans put poles in the field to prevent the gliders from landing safely. Many of them crash landed. Fortunately, Hecht’s glider landed safely.

His first mission was to help capture the Nijmegan Bridge and surrounding towns. During the operation to take the bridge, Hecht got picked to go up near the front lines. While in the shower, the Germans strafed the shower building and Hecht, in only a towel, and his fellow soldiers ran out to find cover under trucks until the strafing stopped.

Hecht served in combat until December 1944 when he was hospitalized in England for trench foot. After he improved, he received light duty as a mail clerk. He rerouted mail for dead or wounded soldiers either back home or to their new hospital address. However, increasing pain caused him to be sent home where he spent two additional months in a hospital.

After his discharge, he earned his bachelor’s degree from Long Island University and took advantage of his GI bill to also earn his master’s and doctorate degrees. He then went on to teach, first at the high school level and then at the college level. He retired in 1999 but continued to teach part time.