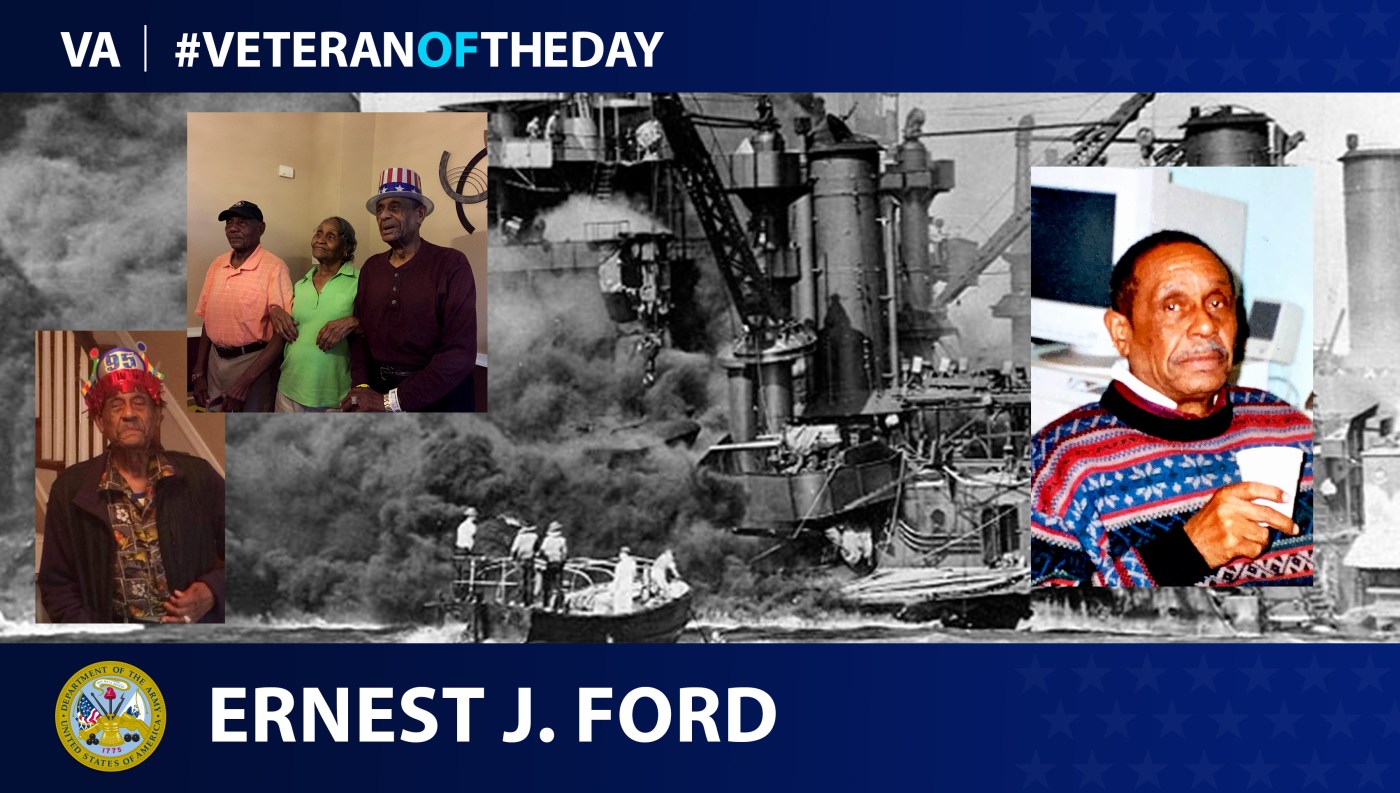 Today’s #VeteranOfTheDay is Army Veteran Ernest J. Ford, who was drafted and served during World War II from 1941 to 1943.

After the Army discharged him, Ford attended Bethune Cookman College in Daytona Beach, Florida, and later attended a trade school for masonry. He was unable to find employment due to discrimination against his race after completing trade school, so he worked on his father’s farm before relocating with his brothers to Philadelphia, Pennsylvania.

Ford worked for Turner Construction in Philadelphia until his retirement. He was also an active member of the Great Saint Matthews Church, acting as an usher and attending services into his late 80s. Ford enjoyed horse and dog racing, going to casinos and spending time with his extended family. He also returned to Hawaii in 2009—66 years after his service at the age of 89.