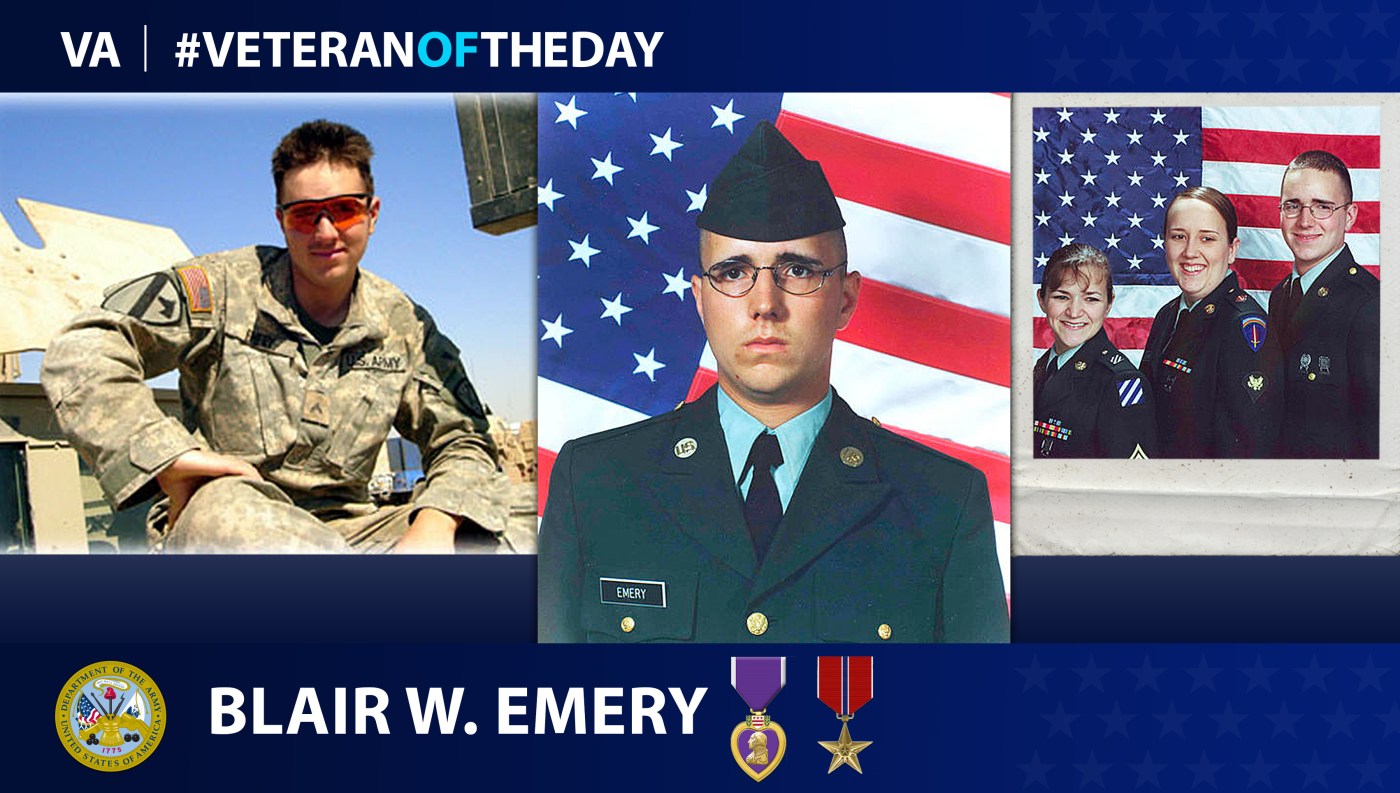 Today’s #VeteranOfTheDay is Army Veteran Blair William Emery, who was killed in action in 2007 during Operation Iraqi Freedom.

In January 2004, Emery deployed to Baghdad, Iraq, where he served in Operation Iraqi Freedom II. He deployed to Baqubah, Iraq Nov. 4, 2006, to serve on a second tour in support of Operation Iraqi Freedom 06-08. In March 2007, he suffered a concussion and hip injury from an improvised explosive device blast. In another incident, a bullet fragment struck Emery while he stood in his vehicle’s turret.

Emery aspired to return home to his loving wife, Chu, and serve as a police officer and highway patrolman after his Army service. He planned to play a show in Seattle, Washington, with his band, Madison Ave. A local star baseball player, he also wished to coach at his former high school, Lee Academy. As a left-handed pitcher, he had previously won the baseball game that cemented Lee as the Eastern Maine champions.

Emery was scheduled to return home in October 2007; however, his tour got extended by three months. He died Nov. 30, 2007 at Logistical Support Area Anaconda on Balad Air Base from wounds sustained in Baqubah when his Humvee hit an improvised explosive device. Emery posthumously received a Bronze Star Medal and a second Purple Heart.