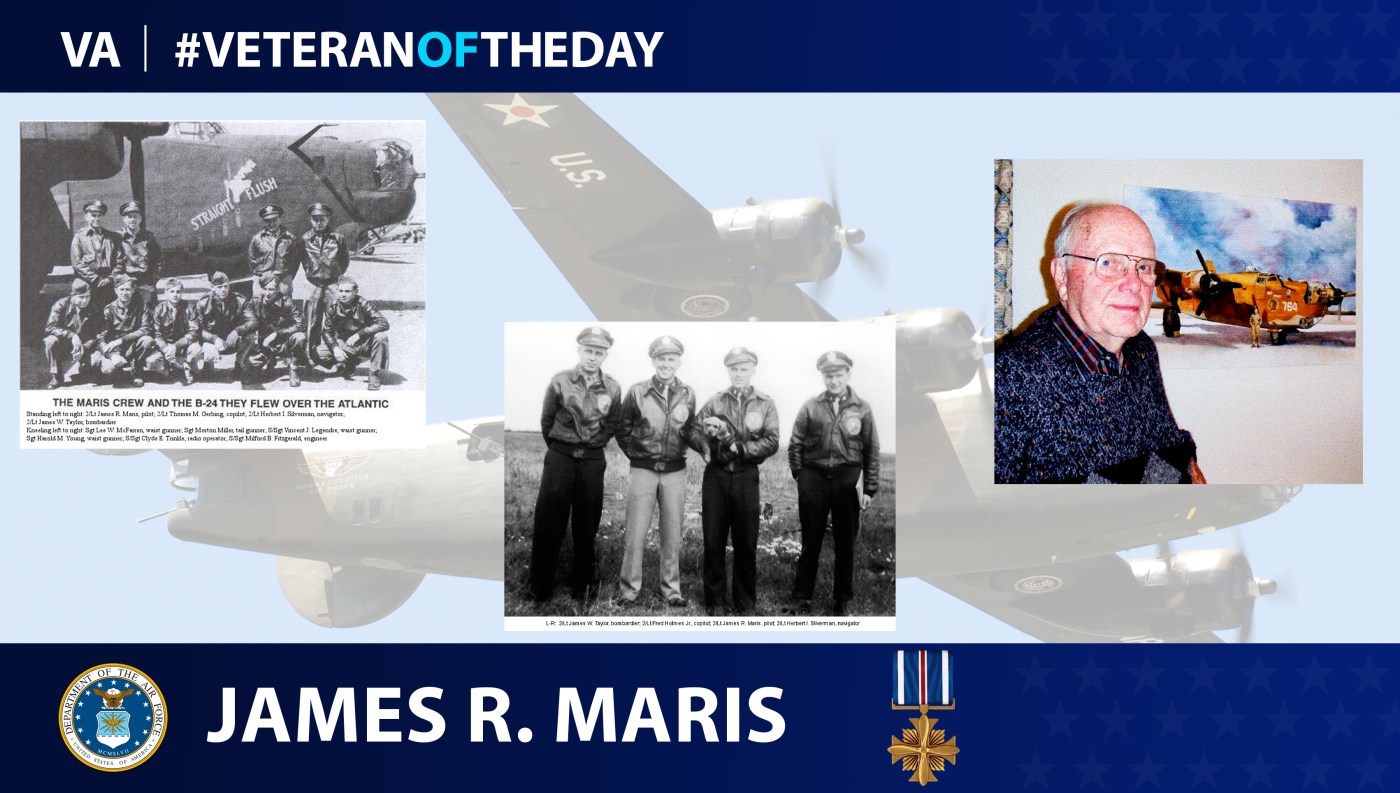 Today’s #VeteranOfTheDay is Air Force Veteran James Maris, who served during World War II and retired from the Reserves in 1979.

James Maris was born in Sept. 13, 1919 in Lafayette, Colorado. He grew up with the aspirations of becoming a professional pilot.

He left the University of Illinois to join the Army Air Corps when he was 23 years old. Maris then spent a few years training as a pilot. He was a part of the first group of B-24s to cross the South Atlantic without stopping. He also flew a combat mission on D-Day. In total, he flew 30 missions.

In 1952, he attended the University of Illinois where he received a degree in education. Three years later, Maris attended Purdue University where he taught an aviation program. While at Purdue University, Maris worked on restoring many aircraft for the Air Force Museum. He also served as chairman of the National Aviation Technician Education Council and was a prominent member of the aviation community.

Maris retired from the Air Force Reserve in 1979 as a lieutenant colonel.

On May 10, 1984, he retired from teaching. He dedicated his time to volunteering for a number of great causes, including the United Food Pantry and his church.