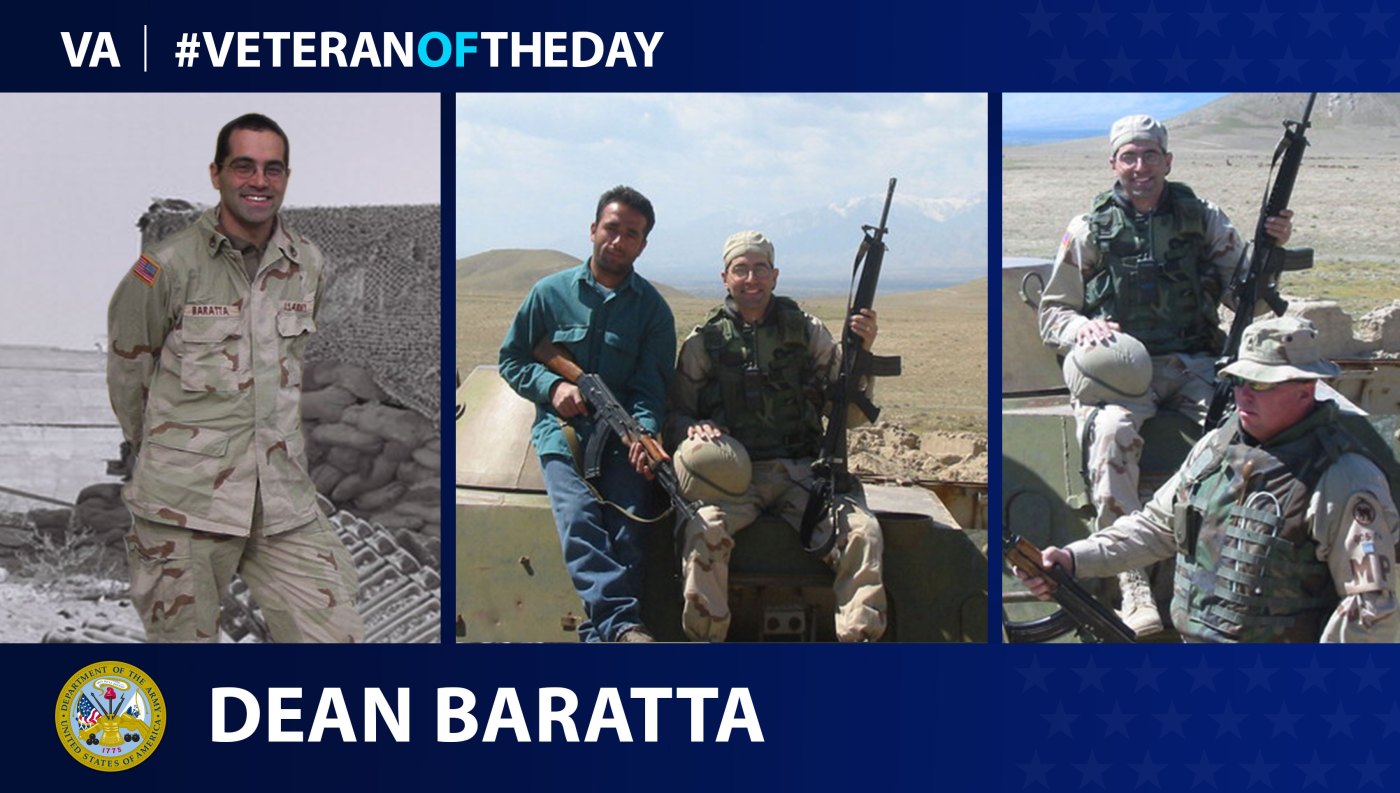 Today’s #VeteranOfTheDay is Army Veteran Dean Baratta, who served as an intelligence specialist for a narcotics team and in Afghanistan.

Dean Baratta joined the Army at 18 years old Oct. 15, 1986. Growing up, he was interested in joining the Army, as many of his family members had served in the military. Baratta was also deeply passionate about learning. By joining the Army, he was able to combine his passions and work as an intelligence analyst.

The Army stationed Baratta in Germany shortly after joining. His job in Germany was to guard the German border and prevent Soviet soldiers from entering. Following his service in Germany, Baratta worked in Washington, D.C., in the U.S. Army Intelligence and Threat Analysis Center.

After working in D.C., Baratta earned a degree in political science from Rutgers University. He then decided to work for a few years as a banker. After his brief time as a banker, Baratta joined the Pennsylvania National Guard narcotics team. There, he worked as an intelligence analyst on narcotic issues.

He later served in Afghanistan. In 2004, Baratta returned to the U.S. and worked with the New Jersey National Guard. Baratta later became a first sergeant.