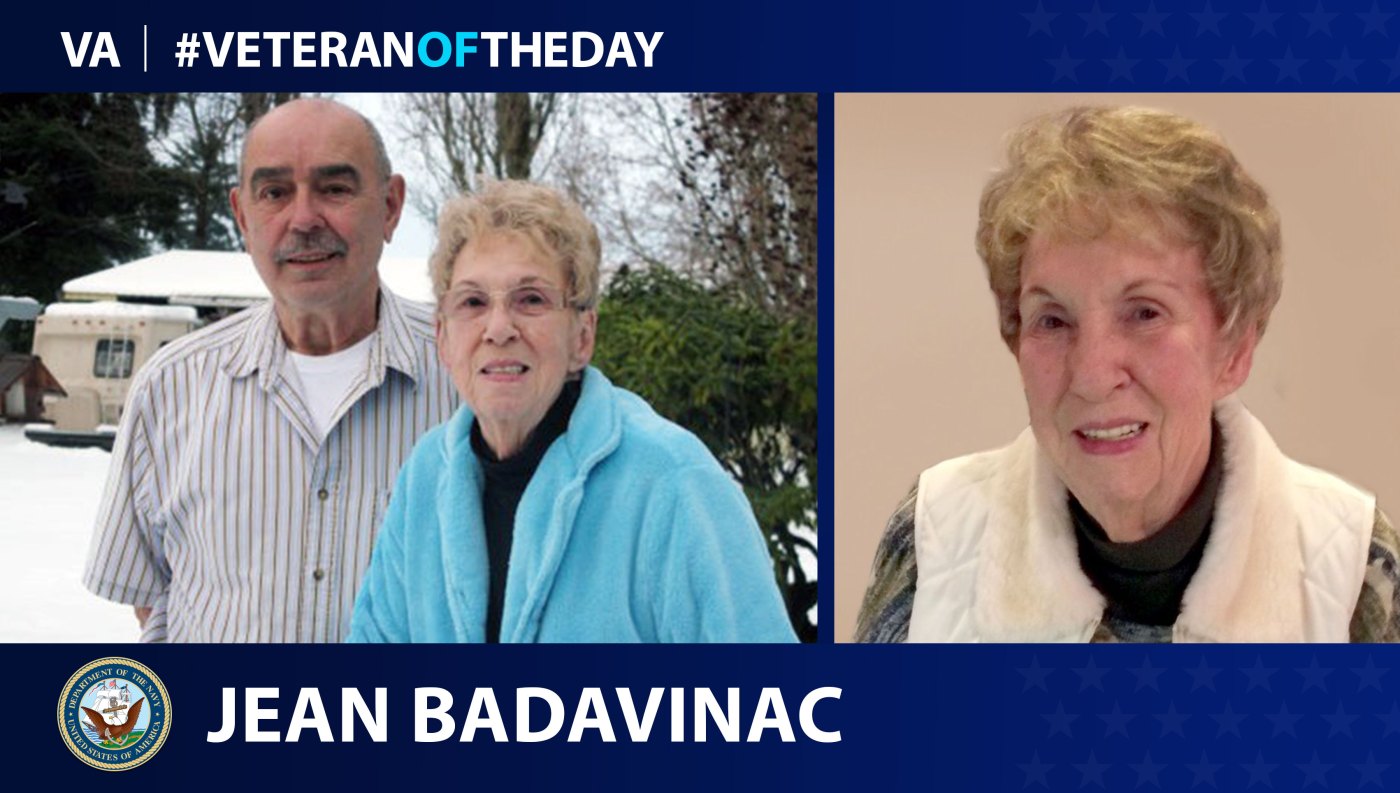 Today’s #VeteranOfTheDay is Navy Veteran Jean M. Badavinac, who served as a disbursing clerk during the Korean War from 1951 to 1954.

Jean M. Mudgett was born in Dec. 5, 1931, in Nashwauk, Minnesota. Following her graduation from high school, she asked her parents if they would sign for her enlistment in the service. In the summer before she turned twenty-one, her father finally permitted her to enlist and she began training at Bainbridge, Maryland in November 1951. In addition to their regular classes, her division cleaned and repaired barracks at the training camp, closed since World War II.

“Three times a day we had to get in company formation and march two miles to the male recruits tall hall and back because we didn’t have our own mess hall,” she said. “We put in a lot of miles in one day just walking, but we didn’t have a choice. But when I look back at it, it was all worthwhile and I wouldn’t change a thing when I was in the service.”

After spending just under four years, she left the Navy as a disbursing clerk third class. Jean then married Raleigh Badavinac, born only three miles from her hometown, and they started a family in Minnesota.

“I was 10 years old, two days before Pearl Harbor was bombed,” Jean said. “And at that time, I was babysitting my sister’s little boy and on Sunday morning, when I turned the radio on, I heard the news.”

“Every neighbor, every street, every block had at least somebody going off to war.”

One of her brothers who lived through the Battle of the Bulge wrote, “something big is going to happen” of the impending D-Day landings.