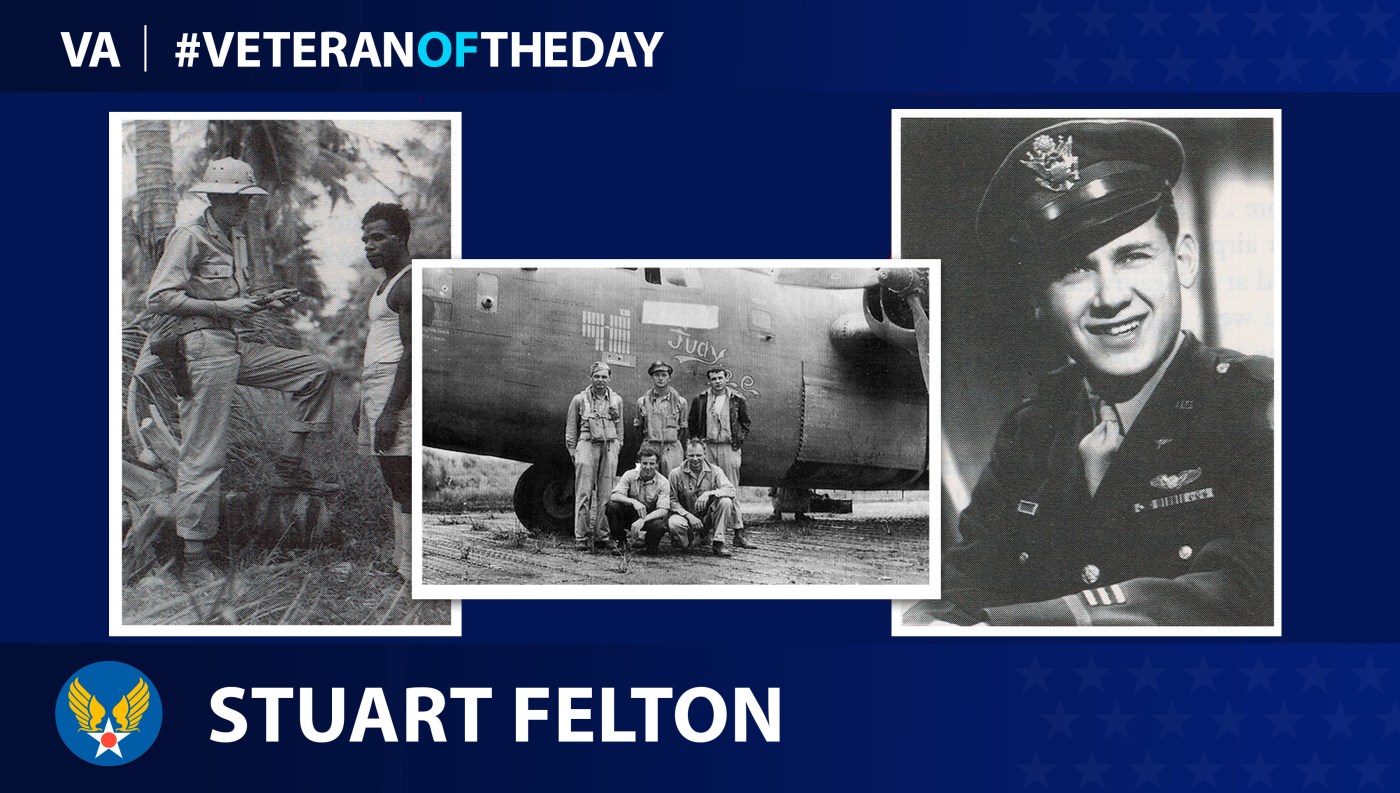 Today’s #VeteranOfTheDay is Army Air Corps Veteran Stuart Felton, who flew as a navigator aboard B-17s and B-24s during World War II.

Stuart Felton grew up in Indiana. After spending his childhood in an orphanage, he worked his way through high school and college. Only two and a half years into college, Felton was in the middle of a basketball game with some friends when he heard about the Japanese attack on Pearl Harbor. Felton enlisted in the Army that same day.

Due to his college experience, Felton was eligible to apply to the Army Air Corps and spent the next 14 months in training.  Felton graduated third in his class and chose to serve in Europe but was sent to the South Pacific instead with the 13th Army Air Corps.

There, Felton would fly 62 combat missions as a navigator.  First, he flew in a B-17 Flying Fortress and later in a B-24 Liberator.  He flew missions over Espiritu Santo in the New Hebrides, Rabaul and New Guinea. Many of these missions were flown out of Guadalcanal after the Marines secured the airfield.  After flying combat missions, Felton helped train bomber pilots from Strategic Air Command.

Felton left the Army Air Corps in 1945 at the rank of captain.  For his service, he earned two presidential unit citations, Air Medals with six Oak Leaf clusters and others.

After the war, Felton met and married Rosalie. They started a family and shared 50 years of marriage.  Felton also pursued a career in marketing and administration.  He often shared his story with civics groups, schools and other organizations to teach the younger generations about the deeds of the “greatest generations.” He hoped that his story would help stop the decline in history courses across the country.

Felton passed away peacefully in March 2017 at the age of 95.