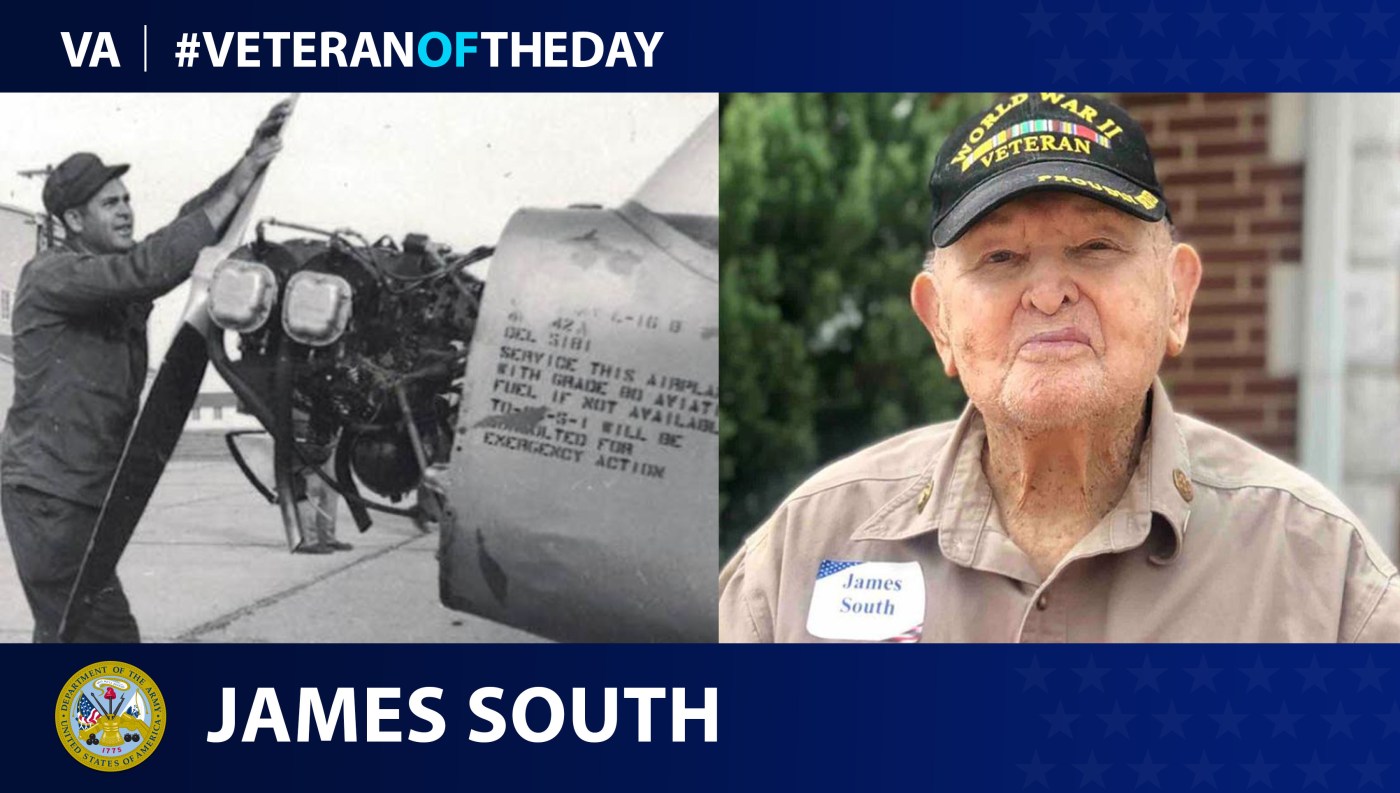 James South was born on Oct. 7, 1919 and grew up in northeast Texas where his family were sharecroppers. He joined the Army in 1940, at the beginning of World War II.

In 1944, South deployed to Normandy seven days after D-Day, the beginning of the Allied invasion of France on June 6, 1944. Along with two million other Allied troops, South landed in Normandy between June 6 and Aug. 21, 1944. The invasion was known as the “beginning of the end” of World War II. The Allieds liberated the French city of Caen from Nazi occupation on July 19; they liberated Paris on Aug. 25. Allied troops would eventually cross the Rhine River in March 1945, leading to the surrender of Germany and the end of the war in Europe on May 7, 1945.

During his time in the Army, South received many letters from his girlfriend, Sophie. “I was gone four years, and she had written me a letter every day that I was gone,” South told reporters. After the war, he married Sophie, and the two remained married for 55 years. South retired at age 65 and has since spent his time woodworking, gardening, golfing, and attending church. He moved to Fort Worth, Texas, at age 98.

South celebrated his 100th birthday Oct. 7, 2019. He played golf, ate fried steak and catfish, and spent time with his family. South’s son, Jim South, speaks fondly of his father, saying that his father taught him that “money wasn’t the goal in life – it was happiness.”