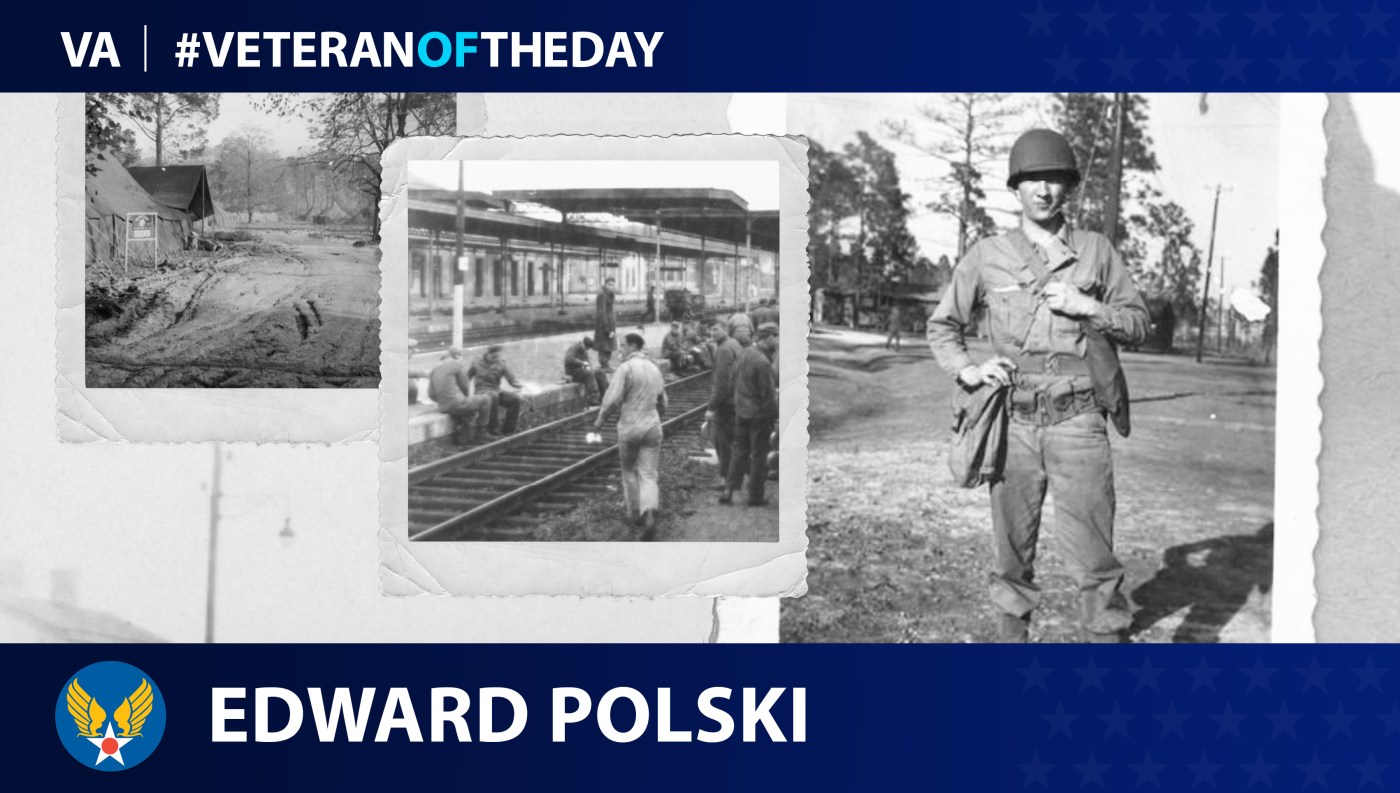 Edward Polski’s father was a World War I Veteran. In 1943, the Army Air Corps drafted the younger Polski and sent him to boot camp in Greenville, South Carolina. Following basic training, Polski served with 9th Air Force at Gleneig, Scotland, on the RMS Queen Elizabeth. Upon arrival he began as a clerk, but saw combat later in his deployment. During deployment, Polski and his fellow soldiers entertained themselves writing letters and attending dances in nearby English towns. One of Polski’s most memorable experiences was witnessing the first flying bomb attack on London. Polski also served in France, Belgium, the Netherlands, Luxembourg and Germany.

Once the war ended, Polski returned home to Chicago and went to school through the GI Bill. Throughout the remainder of his life, he volunteered at the Lakeside Veterans Administration in Chicago. Polski also kept in touch with some of his fellow service members. He valued the experiences that his military service gave him, especially being more involved with his family after coming home.