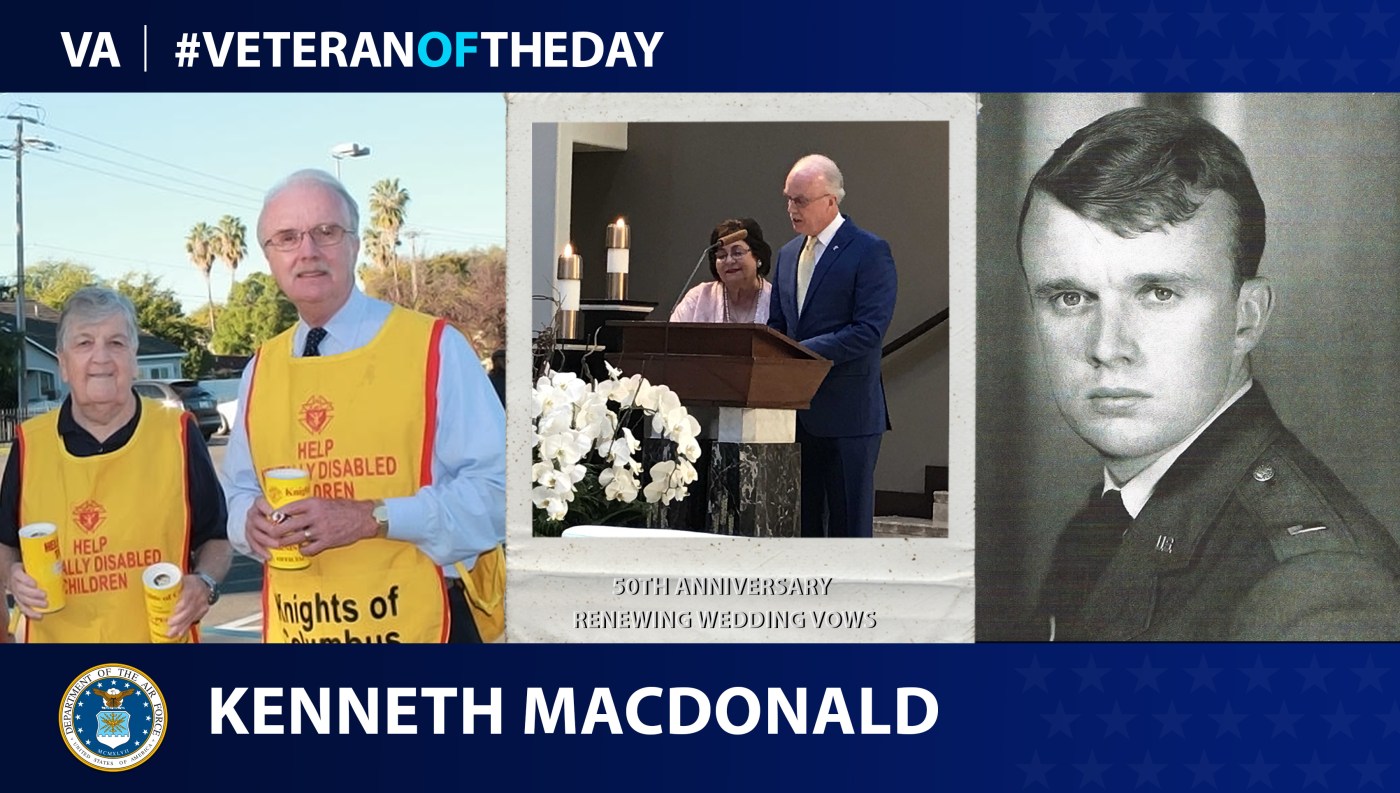 Today’s #VeteranOfTheDay is Air Force Veteran Kenneth C. Macdonald, who served during the Vietnam War in California and Taiwan.

After completing his Bachelor of Education in Physical Education and the Air Force Reserve Officer Training Corps program at the State University of New York – Buffalo, Kenneth C. Macdonald commissioned as a second lieutenant. In June 1967 the Air Force assigned him to Travis Air Force Base in Fairfield, California. There, Macdonald served as the custodian of the Central Base Fund until June 1970. This fund paid for welfare and recreation services for service members assigned to the base. While assigned to Travis Air Force Base, he was promoted to first lieutenant in January 1969. For his exceptional service there, Macdonald received the Air Force Commendation Medal in January 1971.

The Air Force assigned Macdonald to Ching Chuan Kang Air Base in Taiwan and promoted him to captain in June 1970. He served as chief of Special Services for the base until June 1971. Macdonald was assigned to the inactive Air Force Reserves for six years. After receiving his honorable discharge from the Air Force, he began a 32-year career in the pharmaceutical industry.

Macdonald and his wife live in Gold River, California. He continues to serve his community through his work with the Knights of Columbus and the Sacramento River Cats Minor League Baseball team.