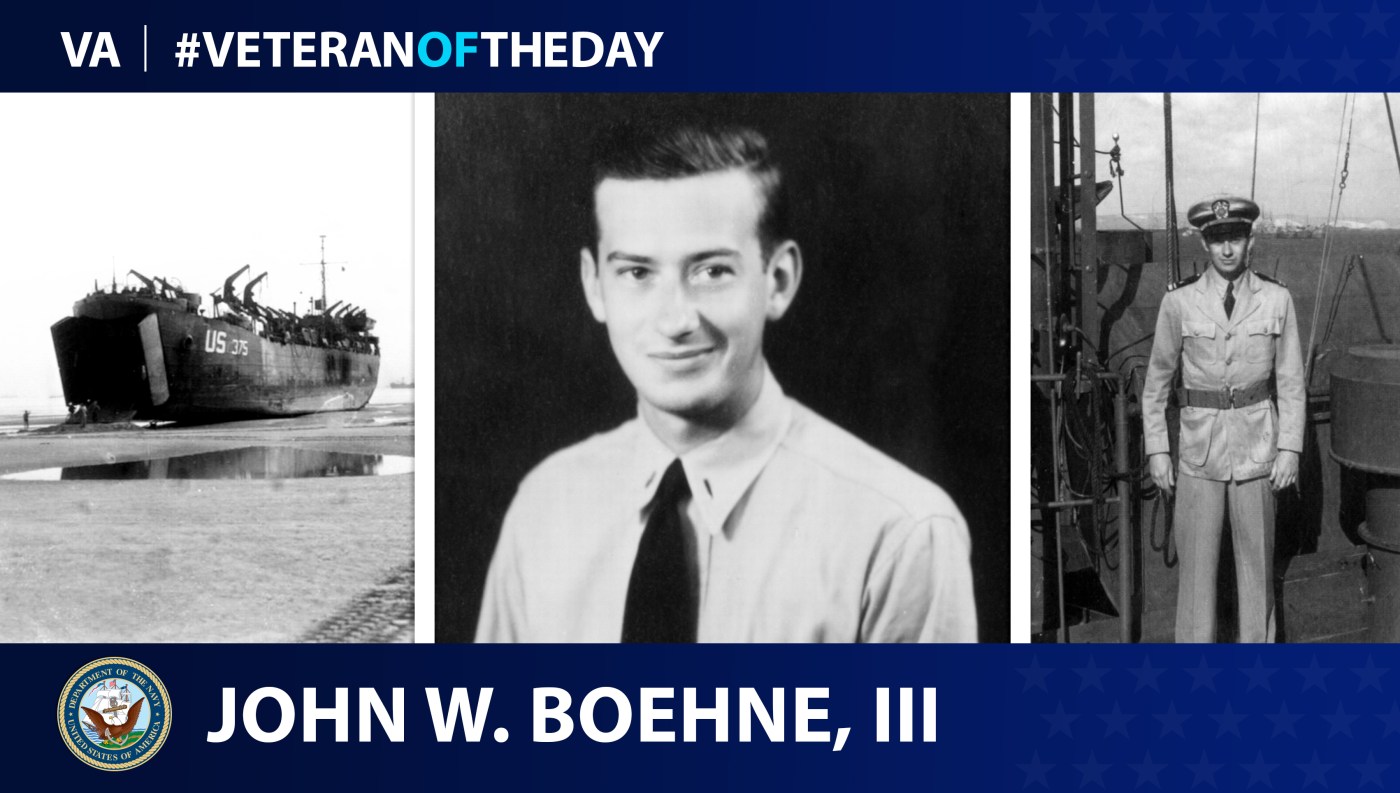 On the anniversary of D-Day, today’s #VeteranOfTheDay is Navy Veteran John William Boehne III, who ferried soldiers to Normandy during World War II.

John William Boehne III’s uncle influenced him to join the V-12 College Training program while attending Indiana University in Bloomington. He enlisted in the Navy in 1942, attending midshipman school at Columbia University in New York. After becoming an ensign, Boehne went to Little Creek, Virginia for amphibious training. After returning to New York, Boehne traveled aboard a troop ship to Liverpool, England. He served at St. Mawes near Falmouth, where he drilled in additional landing craft exercises and patrolling Falmouth harbor in British patrol boats.

The next day, Boehne’s crew returned to England. They made 34 additional trips ferrying soldiers from England over the next several weeks.

After his discharge from the Navy, Boehne worked for Lederle Pharmaceuticals in New York and as a chemist at Western Reserve University in Cleveland, Ohio. He later moved to Silver Spring, Maryland, to work for the Food and Drug Administration until his retirement. Boehne was a member of the American Chemical Society, the American Society for Nutrition, the Indiana Historical Society and Alpha Chi Sigma Honorary Chemistry Fraternity. He was also a volunteer reader for the blind through The Metropolitan Washington Ear organization and a member of Calvary Lutheran Church of Silver Spring.