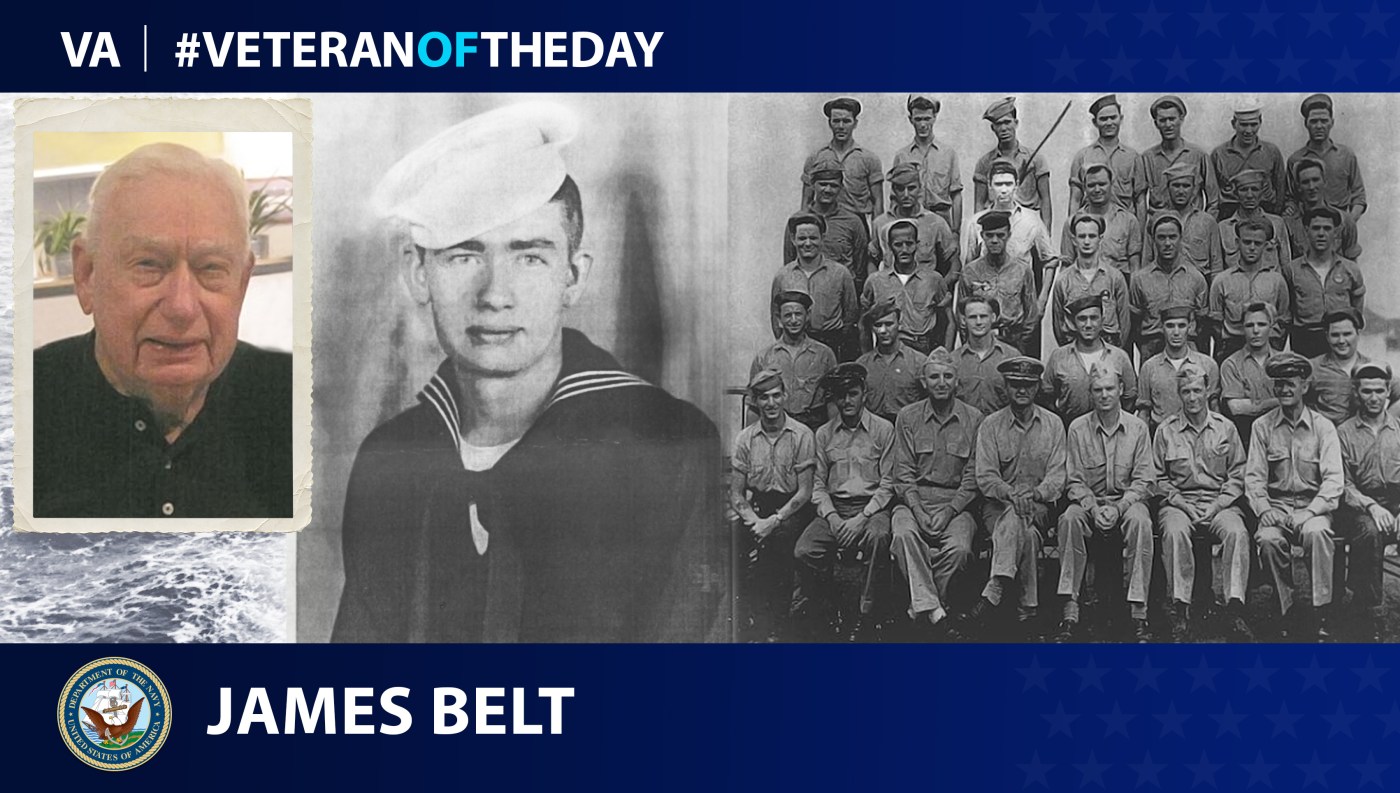 Today’s #VeteranOfTheDay is Navy Veteran James Belt, who served as a pharmacist in the Pacific theater during World War II.

Unlike many who served in World War II, James Belt did not immediately enter the armed forces after graduating high school. Instead, he studied at Indiana University School of Medicine in Bloomington for three semesters before joining the Navy.

While in the Navy, he attended hospital corps school in San Diego, thanks to his experience in the medical field. For his first assignment, Belt went to Oakland Naval Hospital in California.

With the war in the Pacific still ongoing, Belt boarded the USS Ticonderoga, which was headed to the Pacific Theater, as a pharmacist. In June 1945, the USS Ticonderoga sailed through a typhoon. Belt remembered feeling the ship drop six feet and seeing waves break halfway up the 1000-foot flight deck. No men on his ship were lost, but some smaller vessels were swept away by the typhoon.

While in Japan, Belt took part in the Battle of Okinawa and the last months of the bombardment of Japan. Belt took care of injured service members. There were around 25 Sailors on the medical staff for the 3,000 service members on the aircraft carrier itself. When the planes left, Belt served at his duty station. When they came back, he attended to the sick.

Belt arrived in Tokyo Bay while the USS Missouri, the ship that carried the treaty that ended World War II, was returning to the U.S. When Belt made it ashore in Tokyo, aside from a few buildings, all he could see was rubble. He recalled that the Japanese people avoided the Sailors but were not outwardly hostile.

When the war was over, the USS Ticonderoga was fitted with bunks and ferried service members from Okinawa back to the U.S. Belt, as a pharmacist mate third class, was on the ship for a year until his time in the Navy ended in May 1946.

When he returned home, Belt finished medical school and became a doctor in 1951. He worked as a pediatrician for 33 years and started working in 1987 for Project Hope, an international health care organization.