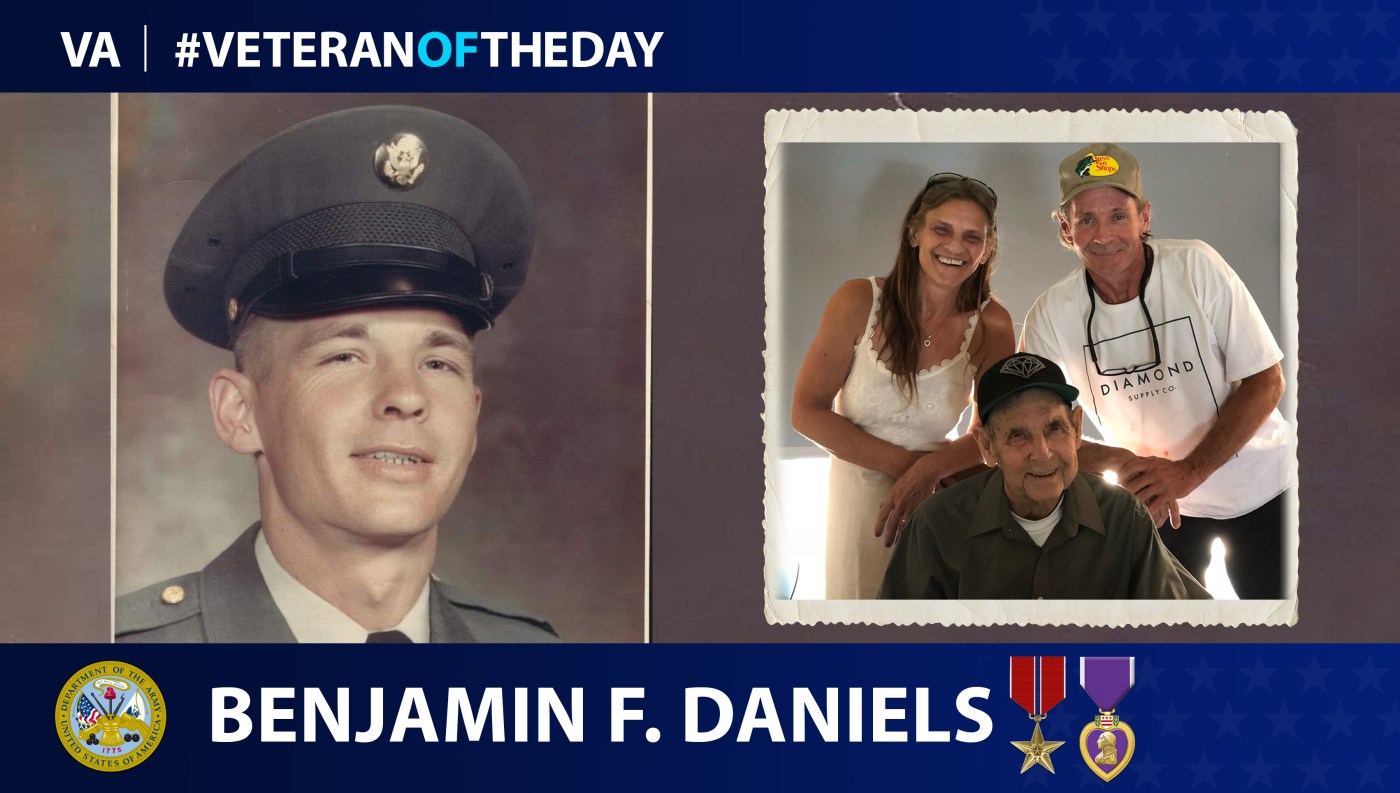 Today’s #VeteranOfTheDay is Army Veteran Benjamin F. Daniels, who received a Bronze Star and Purple Heart during the Vietnam War.

Benjamin F. Daniels was born in June 1943 to a family of 11 in San Francisco, California. He grew up constantly on the move, spending several years picking crops and working at a service station. Known as a handy man, Daniels often helped neighbors with projects. In January of 1968, Daniels enlisted in the Army and soon deployed to Vietnam.

Daniels served as the fire team leader in company A of the 1st Battalion, 327th Infantry. He also served as a sergeant with the 1st Brigade of the 101st Airborne Division. Daniels received a Bronze Star, Purple Heart and Air Medal during his Vietnam Service.

He returned from Vietnam wounded but lived to eventually undergo three kidney transplants, the last of which he received news coverage for. Despite the pain, he never complained. “Just another walk in the park,” he would always say. A father of three, he loved gardening, cooking, and helping others.

Daniels passed away April 1, 2019 and was laid to rest at the Sacramento Valley National Cemetery in Dixon, California. He was 75 years old.