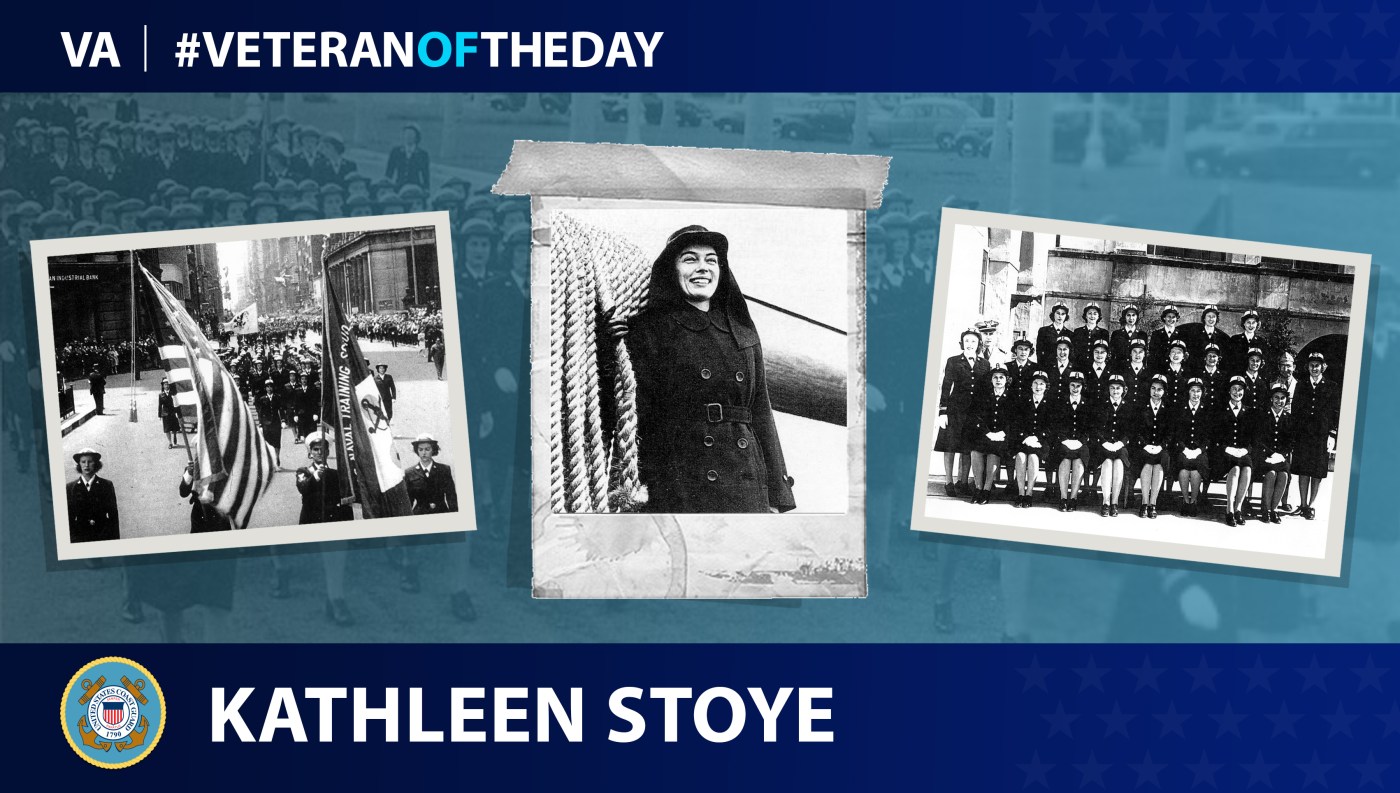 Kathleen “Kay” Thomson Stoye was born April 1915 and grew up in Alameda, California. After graduating from University of California, Berkeley in 1937, she worked for Union Oil Company in San Francisco, California. While there, Stoye’s frequent interactions with the Women Accepted for Volunteer Emergency Services branch of the U.S. Naval Reserve, United Service Organizations and junior officer clubs inspired her to enlist in the military. She soon joined the first class of 26 Women’s Coast Guard Reserve. The group became known as SPARs, or Semper Paratus Always Ready.

As a SPAR, Stoye received basic training in seamanship in Northampton, Massachusetts, and then attended the Coast Guard Academy with her male counterparts. She received her officer commission that April. As a company commander, Stoye led her troop train to the training station at Palm Beach, Florida, and occasionally performed military police duties. After, she headed to the District Coast Guard Office in New Orleans, Louisiana, and served for one year as a morale officer. She managed the recreation activities of the Coast Guard SPARs and servicemen in the area, furnished necessary equipment and put on an occasional party.

Stoye was ultimately one of about 11,000 women that served in the Women’s Coast Guard Reserve during World War II. Although she never went out to sea, Stoye attained the rank of lieutenant, serving from 1943-1946.